Getting to play in the NBA is a privilege. Only about 4,000 people have done it, and for the most part, those players seem to recognize their good fortune.

One of those guys is Mark Davis, who played for the Washington Bullets and Chicago Bulls, among other teams. Although his NBA career didn't propel him to superstardom, he's using his position as a way to give back to the community, providing free solar energy and jobs to low-income residents in Washington, D.C.

Davis started the company WDC Solar in 2009 after seeing that it was mostly rich people that could afford the initial costs of installing solar power. By using renewable energy, those wealthy folks could receive tax credits, taking advantage of a benefit that would help them pay off the installation.

Davis wanted to spread the wealth, and got a big break in 2009 when the Obama administration issued several mandates encouraging the production of solar and renewable energy as part of the president's economic stimulus bill. While the bill allowed the government to invest more in renewable energy projects, it gave people and companies that invested in those projects the same incentives that wealthy homeowners had been utilizing. 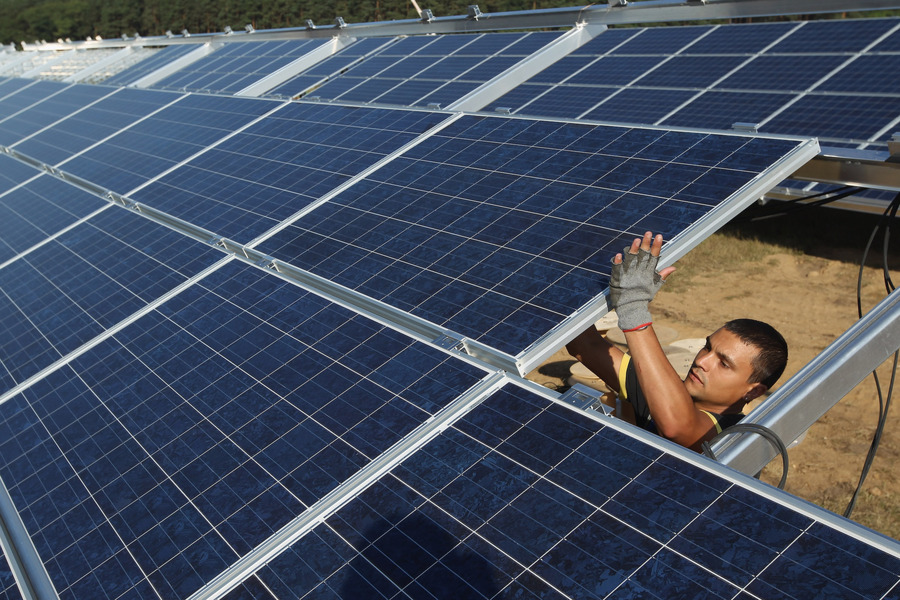 The former NBA player was able to generate some interest from investors, and he also looked to local funding, receiving help from the D.C. Sustainable Energy Utility and the Sustainable D.C. Fund, which was established to improve sustainability and quality of life throughout the city.

Davis had the money to begin installing solar panels for free to low-income families in the D.C. metro area. But there was one problem–Davis couldn't find enough people to install the solar panels. Rather than give up, Davis took classes himself to learn how to install the panels. He took his knowledge and created a guide to train entry-level installers in Anacostia, one of the poorest neighborhoods in Washington, D.C. An installer needs at least 40 hours of training to become certified for entry-level work.

WDC Solar has created nearly 20 jobs for people in the area, with pay that ranges from $15 to $23 per hour. What's more, the residents save 30 to 35 percent of their energy bills after the solar panels are installed. Davis says that money can be used for groceries, medication, and education, among other necessities.

In addition to Washington, D.C., WDC Solar plans to expand to New York, Baltimore and Atlanta. Davis, who grew up in rural Georgia, felt there were a lack of opportunities for him–and his non-basketball playing friends–to have long-lasting careers in the area. His company is a way to give back and introduce new jobs to the community. And just as importantly, it's setting neighborhoods up for long-term success.