Mike MacIntyre spent six seasons as the head football coach of the Colorado Buffaloes. The team didn't play particularly well during his tenure, finishing with a 30-44 record over those six years. MacIntyre's teams only had one winning season, and the university fired him last month.

Don't feel too bad for MacIntyre, though. For each of the next three years, he's going to make almost double what he earned last year, despite being fired.

MacIntyre is the beneficiary of a strange loophole in the way collegiate head coach contracts are written. Typically, a school will include language that limits the amount they have to pay a coach if he takes a head coaching job elsewhere. The idea is that the buyout from a firing is partially paid by the salary at the new school. 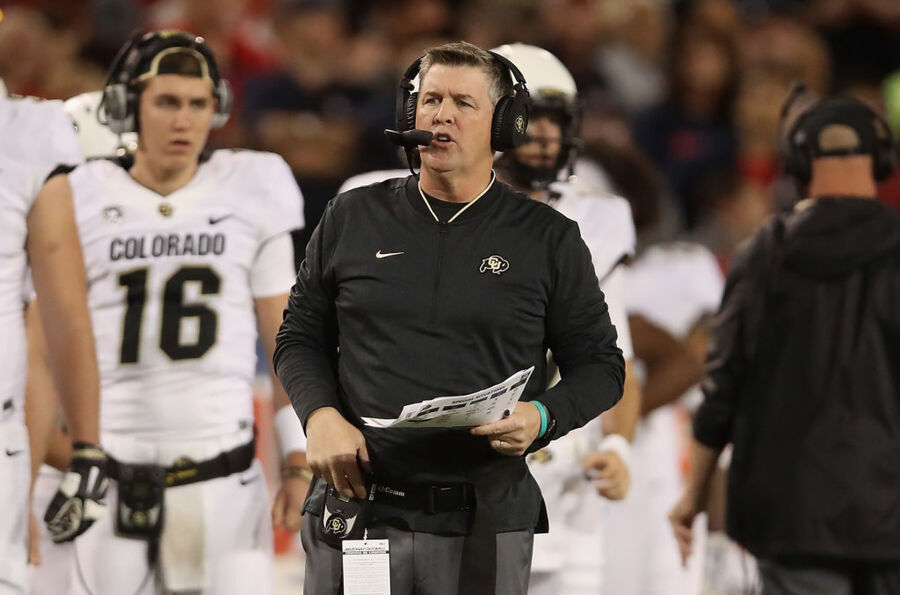 In this case, Colorado said that MacIntyre needed to find employment after his firing. If he had taken a job as a head coach at another school or jumped to the NFL as a head or assistant coach, his buyout would have been reduced by his new school or team's salary. But MacIntyre took a demotion and is now an assistant at Ole Miss.

That means he's entitled to his full $10.3 million buyout, which he'll receive in monthly installments through 2021. Not a bad haul!

Combined with his $1.5 million annual salary at Ole Miss, MacIntyre will make about $4.9 million annually over the next three seasons. Had he remained at Colorado that whole time, he would have earned about $3 million per year.

Instead, he's making more money than he ever has before. The university said MacIntyre's buyout won't come from tuition money, taxpayer dollars or the campus general fund. Wherever they find it, MacIntyre is going to be a wealthy man.

Sometimes being fired isn't so bad.