This College Basketball Player Made $500,000 In One Week

The Kentucky Wildcats finished the 2021-22 men's college basketball season with a whimper. Heading into the NCAA Tournament, the team was a favorite to win the championship. Instead, they lost an overtime matchup against the St. Peter's Peacocks in the first round. The Peacocks ended up being the first 15-seed to ever reach the Elite Eight, so perhaps they were better than people realized. Still, it was a disappointing end to a strong season.

While the Wildcats are working on their games this offseason, one player is working on improving his NIL portfolio.

The Wildcats took a trip to the Bahamas to play in four exhibition games, using the time to build a stronger connection as a team. But star forward Oscar Tshiebwe had a slightly different agenda. He had NIL obligations every day of the week-long trip. Because Tshiebwe, who's from the Democratic Republic of the Congo, is playing on a student visa, he can't fully participate in NIL deals unless he's outside the United States. So when the team is on an international trip, he's making the most of it. Tshiebwe earned about $500,000 for seven days of work and has earned an estimated $2.75 million from NIL deals. 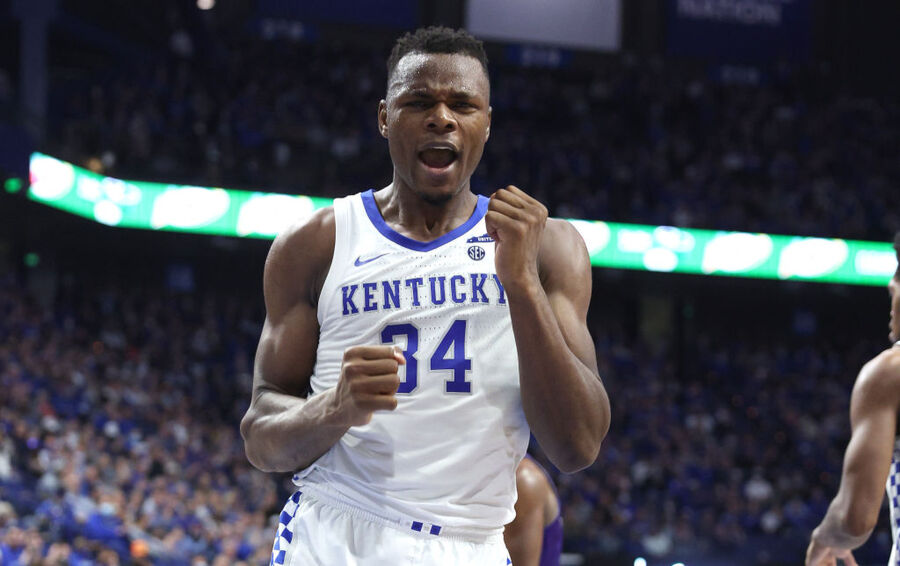 Before he could unpack his suitcase, he had already done promos for four different companies. The Athletic detailed some of his activities, which included spinning a basketball on his finger while holding a box of pizza and wearing a Kentucky-themed Santa hat. He also had to sign about 2,000 trading cards and other team memorabilia. Wildcats coach John Calipari scheduled team activities around Tshiebwe's obligations—Calipari is certainly no stranger to making money, so he understood what was at stake.

Tshiebwe might not currently have the same opportunities as some of his American teammates, but he's finding clever loopholes in the meantime. He's earned about $20,000 per month in team apparel sales, and he's applied to change his student visa to one that's granted for international celebrities. If he's approved, he can start earning without exceptions.

For his part, Tshiebwe is using the money to help his family and fellow DRC residents. He's taken some of the money he's earned to buy his mom a house and has fed children in his home country. Some of his NIL partners have charitable aspects, donating to his Big O Foundation to provide food, clothing, school supplies, and educational initiatives across the DR Congo.

If the NIL rules end up changing, people in Tshiebwe's camp believe he could earn double what he's already made, from speaking engagements to TV and radio ads to social media promotions.

Until then, Tshiebwe will have to make do when he's out of the country. Half a million dollars in one week is incredible efficiency.