Cavs Vs. Warriors: Who Are The Team Owners And How'd They Get Rich Enough To Own An NBA Team???

Much has been made about the two head coaches of the NBA Finals, and with good reason. Steve Kerr and David Blatt are both first time NBA head honchos who have led both of their teams to terrific seasons and are on the verge of pulling off a monumental victory. But there are two other men looking for their first championship victory in this series – the team owners. The Warriors are owned by a man named Joe Lacob, the Cavs are owned by a man Dan Gilbert. So who are these guys and how'd they get rich enough to own an NBA team?

Joe Lacob was born in New Bedford, Massachusetts, in 1956, to very modest parents. His mother worked in a supermarket, and his father in paper products. Lacob was a fan of the Boston Celtics during his childhood. Of course, having an incredibly successful franchise like the 60s-era Celtics would help anyone love the game of basketball. The team made it to 10 straight Finals while Lacob lived in Massachusetts, winning eight of them. They tacked on two more championships before Lacob's family switched coasts, moving to Anaheim when he was 14. Once there, Lacob quickly became a fan of both the Lakers and the Clippers.

He also began working towards increasing his wealth. By his own admission, his family was very poor. Joe had to pay his own way entirely through college, including a bachelor's degree in biological sciences from UC Irvine, a master's in epidemiology (public health) from UCLA, and an MBA from the Stanford Graduate School of Business. He was the first person in his family to ever graduate from college, and believes his epidemiology degree gave him the background in statistics that fueled his love for basketball even further.

Once he graduated, Lacob held executive positions with Chiron (Cetus Corporation at the time), FHP International, and Booz, Allen & Hamilton. Since 1987, he has been a partner at venture capital investment firm Kleiner Perkins, focusing mostly on life sciences, medical technology, energy and the Internet. He's invested in enterprises like AutoTrader.com, Invisalign and NuVasive.

Today, this formerly poor kid from Massachusetts has a net worth of $400 million. 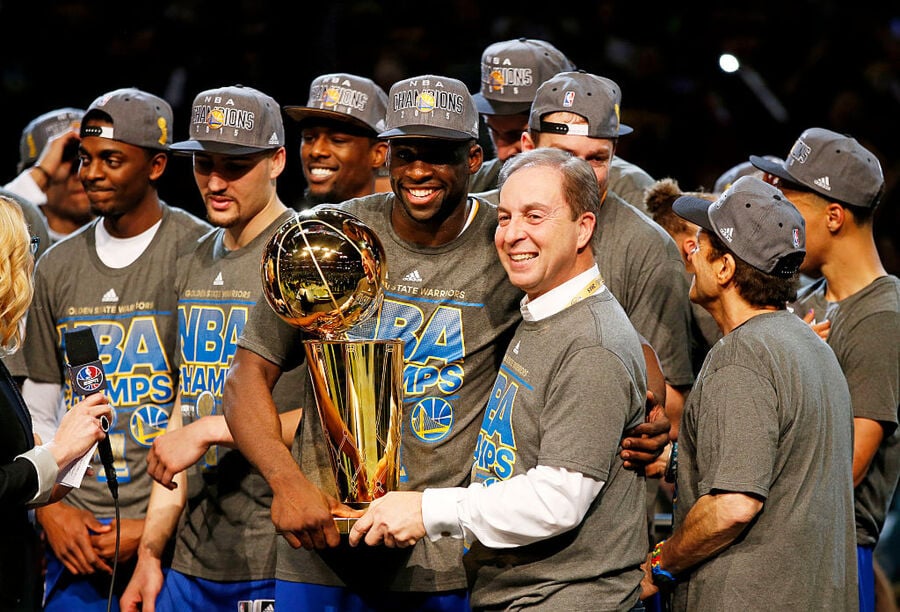 Lacob's first foray into the basketball world came with the American Basketball League, the rival to the WNBA. That league folded, and in January 2006, Lacob became part-owner of his hometown team, the Celtics. There, he met H. Irving Grousbeck, who was another entrepreneur and a professor at the Stanford Graduate School of Business, where Lacob had gotten his MBA. Lacob and his group of investors purchased the Warriors in July of 2010 for $450 million, winning the team over more than a dozen other bidders. Lacob credits his friendship with two other big figures in California – Billy Beane and Jeff Moorad, managers of the Oakland Athletics and San Diego Padres, respectively – in securing his ownership of the team. Both Beane and Moorad have achieved winning records with their teams despite very small payrolls. Lacob wanted to reach a similar kind of success with the Warriors, who were perpetually stuck in the lottery prior to his arrival.

Now, Lacob is in charge of day-to-day operations of the team. And he's built one that tore through the regular season, winning 67 games while sporting just the 17th-highest payroll in the league. Much like his own life, he has truly built something from nothing.

On the other side of the owner's box, Cleveland's Dan Gilbert might be most notorious for publicly chastising LeBron James after he left for Miami. He wrote a furious public letter, promising Cavaliers fans that his team would win a championship before the Heat did. Cleveland didn't make the playoffs during LeBron's hiatus in Miami, while the Heat reached the Finals every year, and won it twice. That didn't pan out so well, but now that the King has returned home, all is forgiven.

How did Gilbert get to this spot? Well, he was born in Detroit in 1962, and remained in Michigan throughout college, earning a bachelor's degree from Michigan State, a Juris Doctor from Wayne State University Law School, and is a member of the State Bar of Michigan. He also spent time working at his parents' Century 21 Real Estate Agency, and earned his real estate license while in college.

It wasn't long before Gilbert realized originating mortgages was the way to get rich, so he founded Rock Financial in 1985 with a few other business partners. The company soon became one of the largest independent mortgage lenders in the United States, and launched its Internet strategy during the late 1990s, when everyone was still pretty confused about just what the Internet was.

In 1999, the company was purchased by software maker Intuit Inc. for $532 million. Gilbert remained as CEO of Quicken Loans, which offered mortgages in all 50 states. In 2002, he and a small group of investors purchased Quicken Loans and its affiliated national title company, Title Source back from Intuit for $64 million. In the following years, the company has created thousands of new jobs, and currently has about 8,000 employees in Detroit and 2,000 more around the country.

Today Dan Gilbert has a personal net worth of $4.2 billion. 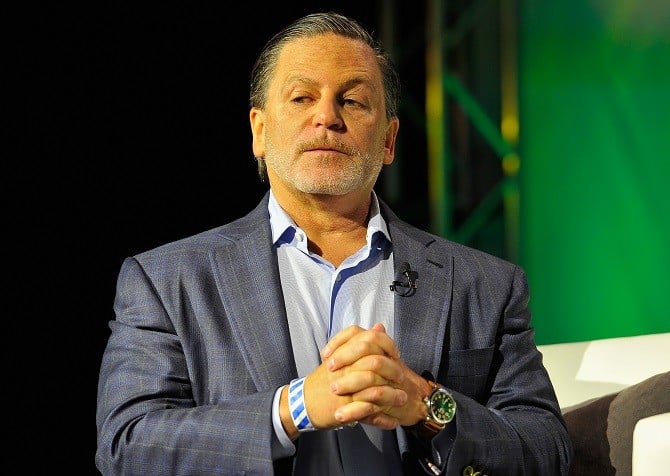 Gilbert became owner of the Cavs in March 2005, and quickly made drastic changes to the front office, coaching staff, player personnel and game presentation. It culminated in the franchise's first ever Finals appearance in 2007, though the jubilation was short-lived, as the Cavs were swept by the San Antonio Spurs. Gilbert has built a mini-empire of sports franchises in Ohio, purchasing the Utah Grizzlies American Hockey League franchise in 2007 and moving them to Cleveland, renaming the team the Lake Erie Monsters. Then in 2011, Gilbert purchased the NBA D-League's New Mexico Thunderbirds, moving them to Canton, about an hour south of Cleveland. The following year, Gilbert became owner of the Arena Football League's Cleveland Gladiators.

Gilbert has a hand in a number of other investments, too. He's a founding partner in private equity group Rockbridge Growth Equity LLC, and is a principal of Detroit Venture Partners, a venture capital firm that funds Detroit technology companies in the startup and early stages of their lives. He's also involved with a number of tech-centered companies, like Fathead, Xenith, and StyleCaster. He launched Bizdom in 2007, a non-profit business academy that trains, mentors and finances Detroit and Cleveland startups. Finally, in November 2009, Gilbert and a group of partners helped bring casino gaming to the four largest cities in Ohio. Horseshoe Cleveland, the first of those casinos, opened in May 2012. Certainly a lot of gambling wagers will be made on the Cavs for the rest of the Finals.

In addition to Gilbert's efforts to improve the city of Detroit, he's also become involved in plenty of philanthropic work. His eldest son was born with Neurofibromatosis, so Gilbert has established two research clinics at the Children's National Medical Center in Washington, D.C. and at the Dana Children's Hospital in Tel Aviv, Israel. Gilbert also serves on the boards of the Cleveland Clinic, the Children's Tumor Foundation, and the Children's Hospital Foundation.

Regardless of who wins the Finals, both of these owners have worked hard to reach their current level of success, and you can bet they'll use the publicity from an NBA Finals championship wisely.