As professional sports resumed this summer, there was understandable concern about how leagues would handle potential coronavirus outbreaks. The NBA and NHL opted to create bubbles for their players to limit exposure. The MLB didn't enact similar measures, and teams have had to postpone several games as the virus spread throughout locker rooms.

On top of that, some players aren't taking social distancing seriously — and it could cost them millions.

Cleveland Indians pitchers Zach Plesac and Mike Clevinger left the team hotel in Chicago on August 8 to hit the town and go out to dinner. They then lied about their actions to their team and teammates.

As a result, manager Terry Francona and the Indians sent the pair to the team's alternate site, which is effectively demoting them to the minor leagues. 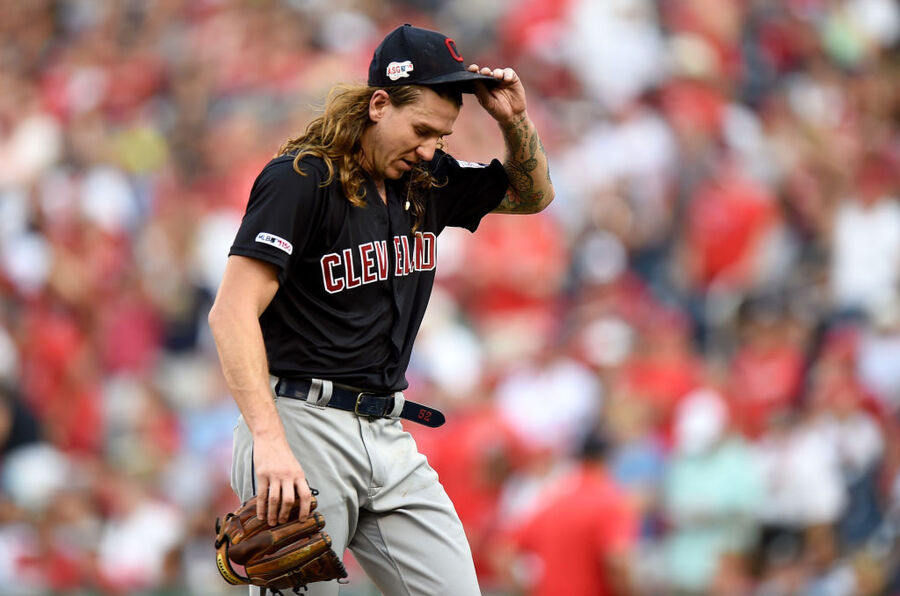 Per MLB's collective bargaining agreement, players can spend up to 19 days in the minors without losing service time. The number of service years impacts when players can reach salary arbitration and free agency — both major factors in earning more money.

If the Indians keep Clevinger in the minors for 20 days, he'd fall a day short of four years of service. In turn, he wouldn't hit the free agent market until 2023, instead of 2022.

By that point, Clevinger would be nearly 33 years old. Teams don't often hand pitchers huge contracts that extend into their late 30s, so Clevinger could be losing out on multiple years and millions of dollars.

The 25-year-old Plesac will lose money, too. He only made his MLB debut last season, so he'll receive a pay cut of $2,200 per day that he's away from the Indians.

Had he remained with the Indians through next season (without this demotion), he would have been eligible for salary arbitration. That's a big opportunity for players to get a pay raise. Instead, Plesac will have to wait longer.

Plesac didn't help matters by posting an Instagram video about what happened. He said he was disgusted with "the way the media has handled this whole situation surrounding our team."

While Plesac defended his decisions, his teammates didn't agree with them.

"They hurt us bad," Indians pitcher Adam Plutko said last week. "They lied to us. They sat here in front of [the media] and publicly said things that they didn't follow through on."

"It's not about that one person," Indians shortstop Francisco Lindor added. "It's about everybody around you: the family members, the coaching staff, Carrasco, all the players on other teams that are high-risk."

Lindor was referring to Carlos Carrasco, a Cleveland pitcher who underwent treatment for leukemia last year.

Plesac and Clevinger thought they were able to sneak out and back without any consequences. But both MLB and the Indians are cracking down on their decisions.

And their fellow pitcher had a few additional choice words for them.