The NBA playoffs are heating up, but with most of the league's teams already in the middle of their summer, their attention is turning towards free agency and the draft. But there's one other thing teams should keep an eye on: the NBA award season. There are a handful of players who could take home a LOT of extra money – but they'll need to be voted as one of the league's best.

The NBA introduced the "supermax" extension (formally called the Designated Veteran Extension) in 2017. The goal is to reward veteran players that are among the best of the best. To be eligible, a player must be in his seventh or eighth year in the league, with one to two years left on his contract. Additionally, if the player was traded at any time after his fourth season, he's not eligible.

It's that last point we're focusing on. Here are six players that have either a great or good chance to snag an All-NBA spot, which would make them eligible for the supermax.

Walker is arguably the best player in Charlotte Hornets franchise history. He nearly carried the team to a playoff berth, falling just short on the final day of the regular season. However, he still earned an All-Star nod and is only one of four players to average 25 points, five assists, four rebounds, and three three-pointers for a full season.

Walker's got some competition at the guard spot, but him being selected isn't the most far-fetched thing in the world. If he is, the Hornets would have a massive advantage in re-signing him. They could offer a five-year, $221 million deal. That's $81 million more than the four-year, $140 million any other team could give him. Of course, the Hornets could be hamstringing themselves by paying a player more than $40 million per year in his mid-30s (Walker would be 34 at the end of a supermax deal). Still, it could be worthwhile to retain a star franchise player.

Could we see a world where the Splash Brothers get broken up? Well, if Thompson doesn't make the All-NBA team this season, it would actually work out better for Golden State. Thompson could earn nearly $221.3 million over five years with a supermax deal. A regular max deal would cost about $189.7 million over five seasons. And if Thompson were to sign elsewhere? The most he could get is $140.6 million on a four-year deal.

Thompson has said he loves playing with the Warriors and feels at home in the Bay Area. It's possible that he could turn down a supermax to help the team, even if he did qualify for one. But it would make life easier for the Warriors if he just turned in another great, albeit not All-NBA-caliber season. 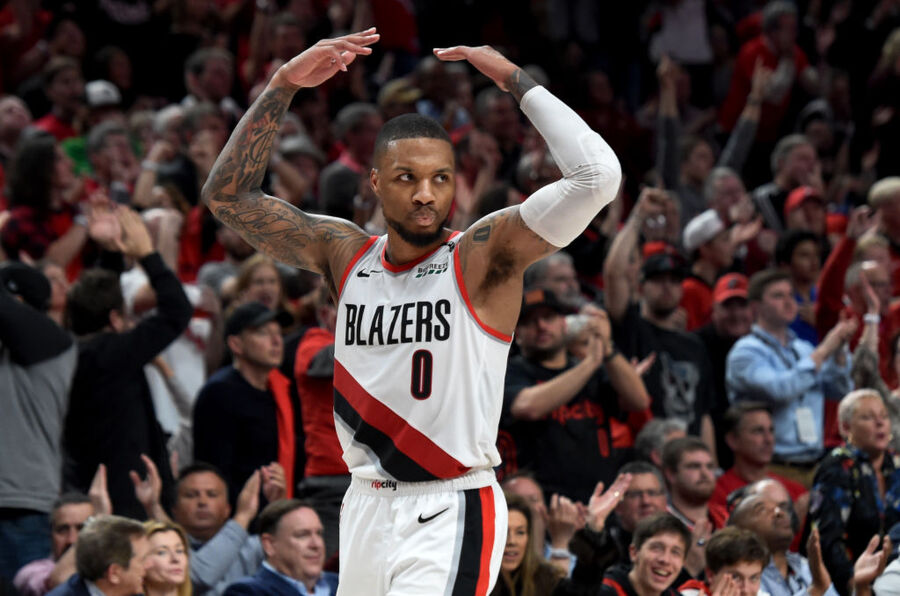 Lillard didn't need to make a 37-foot series winner in the playoffs to secure an All-NBA spot, but it didn't hurt. He's already signed a huge deal – a five-year, $140 million extension he inked in 2016. He also made the All-NBA team last year, so he could theoretically wait until next summer to see if the salary cap rises even more. For now, he could get a four-year, $187 million extension from the Blazers that would kick in at the start of the 2021-22 season.

Beal is one of the more interesting players of the entire offseason. He played at a high level all year and made the All-Star team. But with the Wizards in turmoil, Beal may not stick around long enough to have a chance to sign the supermax.

It's possible Washington chooses to try and trade Beal for assets, even if he made an All-NBA team. They've also felt the burn of the supermax deal, having given John Wall one. Wall missed most of last year and then ruptured his Achilles, so he'll likely miss all of this upcoming season. That won't stop his new extension from kicking in, which will pay him $170 million over four years. Beal may suffer because of his teammate's unfortunate situation.

Let's give some props to a big man. Drummond easily averaged a double-double this season, notching season averages of 17.3 points and 15.6 rebounds per game. He also chipped in 1.7 steals and 1.7 blocks, making him the first player to ever finish a season averaging 15 rebounds and 1.5 each of blocks and steals. The Pistons returned to the postseason, even though their stay there wasn't very long. Drummond's play was a big reason for that.

The Pistons center benefits from the fact that the competition for the frontcourt spots isn't nearly as crowded as it is in the backcourt. Still, it might be a bit of a stretch for him to make an All-NBA team. Perhaps it's a stroke of luck, then, that Drummond won't become a free agent until 2020. He doesn't have to make All-NBA this year since the Pistons don't have to make him an offer this summer. And Drummond will only be 26 entering next season, so he should still have several good years ahead of him. Depending on how Detroit fares next year, they could be willing to offer a supermax deal, worth $ over five seasons.

The NBA Draft lottery suddenly made the Anthony Davis situation super interesting. Davis has publicly said he wants New Orleans to trade him. But then the Pelicans got the first pick in the draft and have a new general manager making moves. Would the No. 1 pick (or whatever the Pelicans can get by trading it) convince Davis to reconsider?

If the talent around him wouldn't, maybe the amount of money he could make would get him to stick around. The Pelicans can offer Davis a five-year contract worth nearly $240 million – that's an average salary of about $48 million! But there are a few ways for Davis to recoup that money if he were traded, including signing a one-year deal like LeBron James and Kevin Durant have done over the past few seasons. Then Davis could sign an extension with his new team and still make an absurd amount of money.

The only thing we know for sure is that this NBA offseason is going to be quite entertaining. Buckle up and enjoy the ride.