These NFL Players Have A Successful Cupcake Side Hustle

Few things in life offer the adrenaline rush of a crushing tackle. You've stopped another player in his tracks, maybe even forcing a fumble or an incomplete pass. Your team is cheering all around you. And to celebrate, you head to the sideline and pick up…a cupcake?

Orakpo, Griffin, and business partner Bryan Hynson were having lunch one day in February of 2017. Griffin was already retired, and Orakpo, who's now 31 years old, was planning for his career after football. The two players both have massive sweet tooths and took Hynson to try Gigi's Cupcakes in Nashville.

Hynson was impressed, and the three friends – all University of Texas grads – decided to bring Gigi's to Austin, TX. The trio spent a year planning and building out the store before opening in March of 2018. 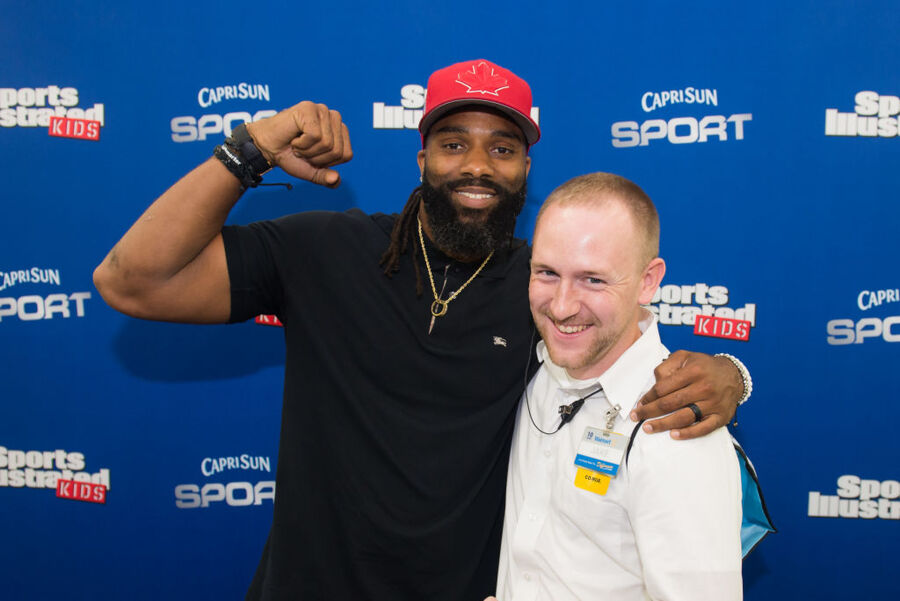 What surprised the players the most was how much work goes into owning a business. They spent three weeks working from 6 a.m. to 8 p.m., learning essentials like how to open and close the shop, bake and decorate every single cupcake individually, and get a basic understanding of finances.

While it's been a learning process, both Orakpo and Griffin are glad they've done it. Orakpo says he's enjoyed gaining more business knowledge, while Griffin stresses the need for players to know where their money is going.

According to Griffin, the reason most player businesses fail is that the player isn't hands-on. They'll simply throw money at a company. When that business eventually fails, the player has no idea what happened.

That's exactly why you'll find all three men working hard at the Gigi's Cupcakes in Austin. Griffin bakes the cupcakes while Orakpo serves as the decorator. And Hynson is the cashier because…well, some people get a little nervous speaking to huge football players.

This likely won't be the last business endeavor for Orakpo and Griffin. The pair are already considering new options and may involve other NFL players, as well. For now, they're having plenty of fun – and success – in the cupcake industry.