It's been nearly three months since the coronavirus pandemic put the NBA season on hold. Almost immediately, teams and players came out in support of their communities, pledging their time and money to help.

Every team has done something to boost relief efforts. For example, Miami Heat owner Mickey Arison donated $1 million to help part-time arena workers. The Los Angeles, Lakers, and Kings have done the same, combining to create a fund for Staples Center employees, nearly all of whom are part-time.

It's great seeing teams and owners step up, but for some players, that's not enough. 97 NBA players and the NBA Foundation have donated a total of $5.5 million to nonprofits to aid in relief efforts.

Here are ten individuals who have contributed in their own ways. 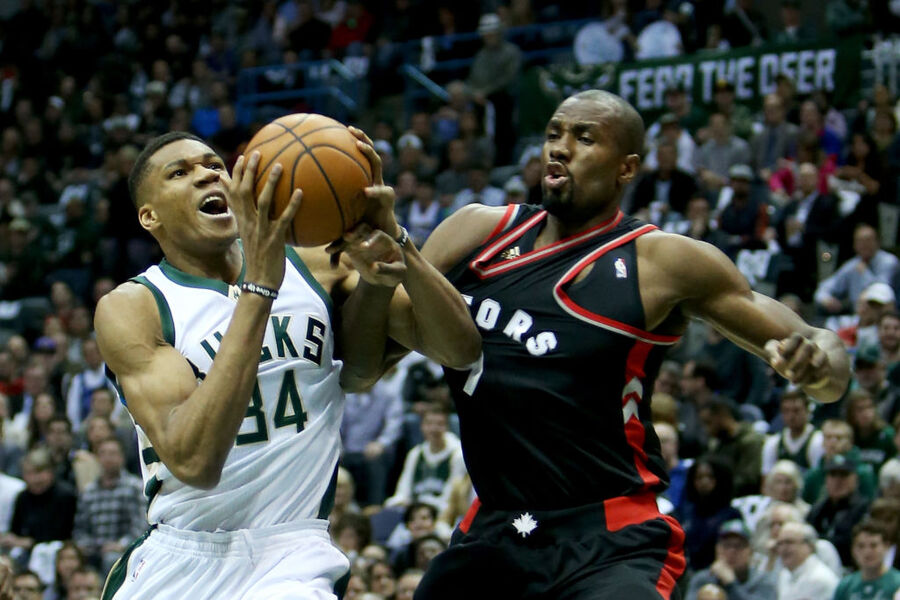 The reigning MVP looked like he was on his way to a second-straight award this season. The Bucks were also a favorite to reach the NBA Finals before play was halted. Calling the situation "bigger than basketball," Antetokounmpo pledged $100,000 to the Fiserv Forum staff.

As the pandemic began, Kevin Love noted he was "concerned about the level of anxiety that everyone is feeling." He committed $100,000 to his home arena, Rocket Mortgage Fieldhouse, donating money to support staff who suddenly found themselves out of work.

Love's teammate Andre Drummond is showing support to both his playing town and his hometown. Drummond gave $60,000 to Rocket Mortgage Fieldhouse event staff and hourly workers. On top of that, Drummond donated $100,000 to Middlesex Health's Emergency Response Fund. Drummond grew up in the area and his mother worked for Middlesex Health. The big man also paired with JBL to donate 10,000 pairs of headphones to schools in the Cleveland and Detroit areas, offering assistance to schools that had to finish out their years virtually.

One of the more vocal supporters of promoting awareness and taking preventive measures, Karl-Anthony Towns pledged $100,000 to the Mayo Clinic in Minneapolis. Sadly, his mother died from coronavirus, a few weeks after he posted an emotional video plea to take things seriously.

WE CAN BEAT THIS, BUT THIS IS SERIOUS AND WE NEED TO TAKE EVERY PRECAUTIONS. https://t.co/zxMqVB9AWk via @YouTube

Thanks to an injury, Detroit Pistons forward Blake Griffin hasn't played since the end of 2019. Just two days after the league suspended play, Griffin pledged $100,000 to Detroit staff at the Little Caesars Arena.

Serge Ibaka has always been a bit outside the box, including hosting an online show where he makes his teammates eat exotic cuisine. Instead of directly donating to coronavirus relief efforts, he hosted a talent show on Instagram Live to raise money. The winner scored a signed Raptors jersey and a $20,000 donation to their city. Ibaka's former teammate DeMar DeRozan crashed the competition and matched Ibaka's $20,000 donation. Ibaka also gave $100,000 to support homeless people in Toronto.

The No. 1 draft pick is on a rookie salary, so he's not making as much money as everyone else on this list. But Zion Williamson didn't let that stop him from making a big impact. He covered the salaries of the entire New Orleans Pelicans arena staff for 30 days.

Williamson's former teammate is also stepping up. RJ Barrett provided 200,000 meals to his hometown through the Mississauga Food Bank.

The Phoenix Suns have struggled on the court, but they dominated the first-ever NBA 2K Players Tournament. Devin Booker defeated his teammate Deandre Ayton, earning Booker $100,000 to donate to charity. He split his winnings between #FirstRespondersFirst and the Arizona Food Bank Network.

The NBA suspended its season after Rudy Gobert tested positive for the coronavirus. The Jazz center has pledged more than $500,000 to support multiple relief efforts, including the Vivint Smart Home Arena employee relief fund and COVID-19-related social services across Utah, Oklahoma City, and France.