These Are The 10 Most Valuable MLB Franchises

We've finally recovered from the wild chaos of the 2019 World Series – the first time the road team won every game in a series. The Washington Nationals are still enjoying their first-ever title, while the Houston Astros are wondering what could have been.

With the league's Winter Meetings right around the corner, we thought it'd be a good time to look at the most valuable franchises in Major League Baseball. The values are courtesy of Forbes' annual franchise value list. Holding the number one spot? Why, it's the team with more championships than any other.

Perhaps it's no surprise that the Yankees are at the top of this list. The franchise has a storied history, winning an MLB-high 27 titles over the years. Of course, all that success (and deep pockets) have helped bring major stars to the Bronx. While guys like Derek Jeter and Aaron Judge came up through the Yankees' system, they've been able to score big-name free agents like Alex Rodriguez and Giancarlo Stanton. Despite the franchise's long-term success, the Yankees have now gone a decade since their last championship.

Of course, ten years since a championship seems like child's play compared to the Dodgers, who haven't won a World Series since 1988. They've had extended success, though, including winning seven straight NL West titles. Like the Yankees, it helps that the Dodgers play in a huge market. Their value will remain high even if they can't break through and win a championship.

Meanwhile, the Red Sox have taken home four titles since 2004, most recently last year. Their rivalry with the Yankees certainly helps, as does having a strong lineup with guys like Xander Bogaerts and Mookie Betts. However, the Red Sox could find themselves in trouble in 2020. After a disappointing season, the payroll remains bloated.

Kris Bryant, Anthony Rizzo, Jon Lester and the rest of the Cubs turned from lovable losers into World Series champs in 2016. The title ended a 108-year drought in the Windy City. Even if the Cubs never win another championship, that team will go down as legends. Though the Cubs have had several winning seasons in a row, they're a great example of a team not needing to win a championship to be valuable. Even before 2016, the Cubs routinely sold out, thanks to a historic stadium and prominence in one of the country's largest cities. 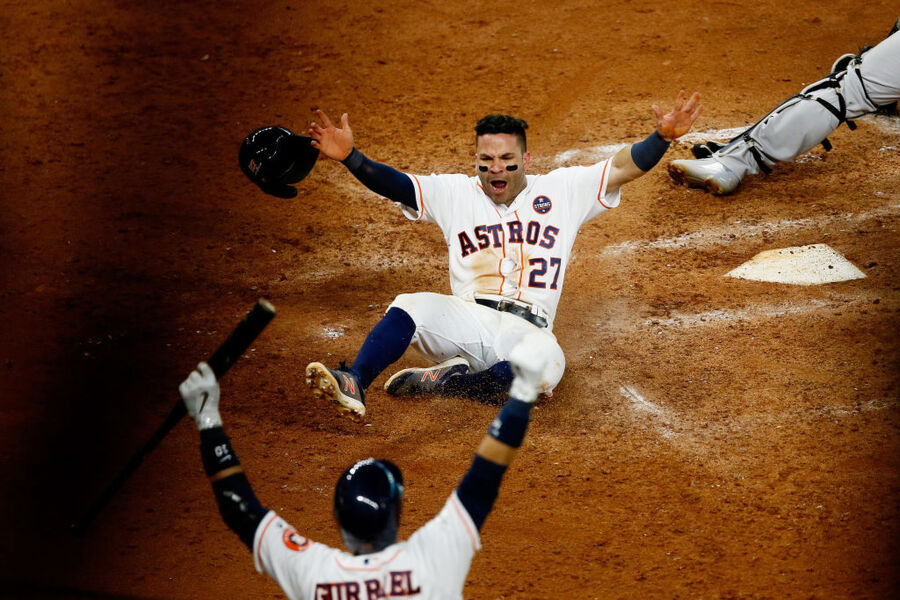 The first half of this decade belonged to the San Francisco Giants. The team won the World Series in 2010, 2012, and 2014 behind stars like Tim Lincecum and Buster Posey. The years since have been less kind, with just one playoff appearance since then. Being in the Bay Area has its perks, though, as does having one of the most loyal fanbases in the major leagues. In fact, from 2010 to 2017, the Giants set a National League record with 530 consecutive sold out games.

After the top five teams, there's a significant dropoff in value to number six. New York's "other" team, the Mets, holds that spot. The Mets were one of baseball's first expansion teams in 1962, replacing the departed Brooklyn Dodgers and New York Giants. They've had significantly less success than their cross-town rivals, with just two World Series titles (in 1969 and 1986). Still, playing in New York helps boost their value. And the Mets have plenty of famous fans, too, like Jerry Seinfeld, Chris Rock, and Jimmy Kimmel.

The Cardinals are in a smaller market than every other team on this list, but they possess one of the most storied histories in the majors. Their 11 World Series titles are second only to the Yankees, and being in existence since 1900 has offered plenty of memorable moments. Their ROI has been impressive for owner William DeWitt, Jr. – his ownership group purchased the team for $147 million in 1995. In a quarter-century, he's seen his franchise's value rise by more than 1300 percent.

The Angels have routinely played second fiddle to the Dodgers, though part of that is their location. Anaheim is about an hour south of Los Angeles, and for a while, the team went by the clunky name "The Los Angeles Angels of Anaheim." They wisely ditched that moniker and capitalized on their proximity to the country's second-largest city. The team hasn't been competitive for a while, though they've had their fair share of big-name stars come through over the past decade, including Albert Pujols and Josh Hamilton.

Sporting perhaps the most famous mascot in MLB, the Phillies (and the Phillie Phanatic) are the oldest continuous one-name, one-city franchise in the majors. They were founded in 1883 as the Philadelphia Quakers, though quickly changed to the Phillies, which is why their record for longevity still stands. The team has won two World Series titles (in 1980 and 2008).

With two World Series appearances and one title in the past three years, the Astros round out this list of the top ten most valuable franchises. However, the team has recently come under scrutiny amid allegations of stealing signs during their World Series run in 2017. We'll see if that affects their franchise value, but with marketable stars including Jose Altuve, George Springer, and Zack Greinke, we'd bet the Astros will be just fine.