The Chicago Cubs just completed a 103-win season. It's the first time in 106 years that they've reached that many wins, and it's their first 100-win season since 1935.

As this regular season came to an end, Chicago signed the architect of its massive rejuvenation, Theo Epstein, to a five-year, $50 million contract extension. And when you consider what he's done in his career so far, and what he's helped his current team accomplish already, that might be a massive steal for the Cubs. Let's take a look at some of Epstein's career highlights.

Epstein's professional baseball career got started while he was still in college. As sports editor of the Yale Daily News, Epstein wrote letters to multiple MLB teams, expressing interest in working for them. The Baltimore Orioles, led by a fellow Yale alumnus, invited him for an interview. That led to three straight summers interning for the Orioles.

From there, Epstein was hired as a public relations assistant for the San Diego Padres. At the time, the PR team was run by Larry Lucchino, a man Epstein met while they were both with the Orioles. While in San Diego, Lucchino suggested Epstein get a Juris Doctor degree from the University of San Diego School of Law. Though Epstein had to devise his class schedule based on which professors with most lenient with attendance – after all, baseball games tend to have a lot of late hours – the move ultimately proved quite beneficial.

If you've ever signed a contract before, you know how much legalese and complex wordings can be included. Since the Padres' operations division was small, Epstein was able to utilize his legal background to assist with negotiations and discussions alongside then-Padres GM Kevin Towers. That gave Epstein experience in dealing with player relations, and before long, he was serving as the team's Director of Baseball Operations. 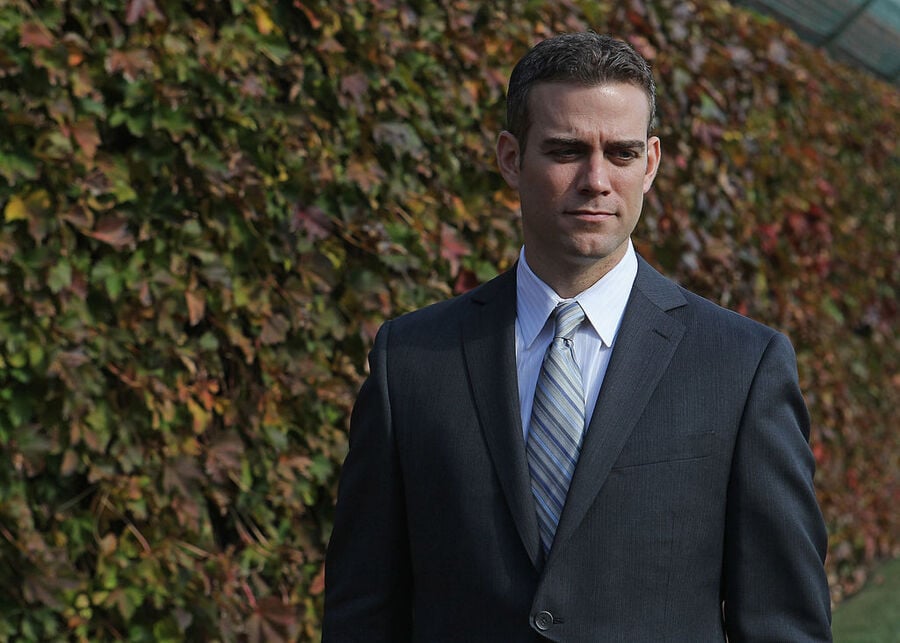 Epstein's friend and colleague Lucchino left his position as Padres' president, becoming president of the Red Sox after the 2002 season. Almost immediately, Lucchino appointed Epstein to replace interim general manager Mike Port. And Epstein – who became the youngest GM in baseball history at only 28 years old – got to work, trying to improve a team that, at that point, hadn't won a World Series since 1918.

Epstein acquired David Ortiz from the Minnesota Twins, who at the time was only considered a powerful hitter but an average overall player. He ended up becoming a future Hall of Famer with the Red Sox. In addition, the new Boston GM acquired Curt Schilling via trade with the Arizona Diamondbacks. Schilling had already compiled an impressive career, and also won a World Series championship with the Diamondbacks in 2001, bringing some championship credentials to the roster.

Epstein also scored Kevin Millar, who had been sold from the then-Florida Marlins to the Chunichi Dragons, a team in the Japanese Central League. The Red Sox blocked the move by putting a waiver claim on Millar, and in a first for Major League Baseball, the Marlins repaid the money they owed the Dragons, while the Red Sox paid a similar sum to the Marlins in exchange for Millar.

It was those kinds of moves that led the band of "idiots" (as Millar lovingly referred to his teammates) to finally break the Curse of the Bambino and win the World Series in 2004. While the sweep of the Cardinals was highly anti-climatic, the previous series, which saw the Red Sox come back from a 3-0 deficit against the Yankees, is one of the best collection of games in MLB history. That it involved beating Boston's hated rival makes it even more special.

A season later, though, Epstein rejected a three-year, $4.5 million contract extension and resigned, citing personal reasons. Since he announced his resignation on Halloween night, Epstein left the field in a gorilla suit to try and avoid reporters. The suit was later auctioned for $21,000, with the money going to charity.

The "retirement" was short-lived, though. Just a few months later, in January 2006, the Red Sox announced he would resume his position as General Manager while also becoming Executive Vice President. Epstein remained with the Red Sox until 2011, winning another World Series title in 2007. Boston also won a third championship in 2013, with a roster that was largely put together by Epstein. 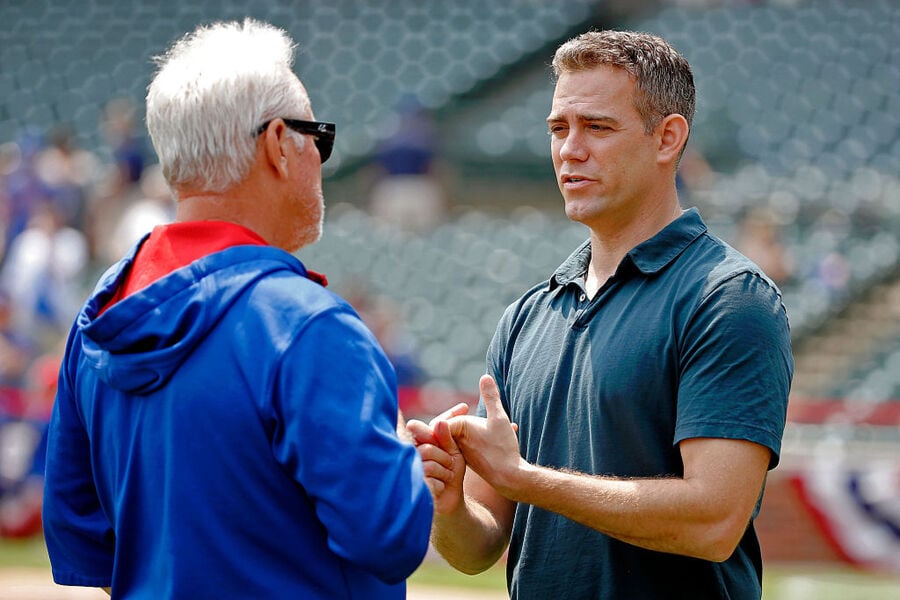 In October 2011, Epstein signed a five-year contract for $18.5 million with the Chicago Cubs to serve as the team's President of Baseball Operations. The team struggled at first, finishing in last place in the National League Central during each of Epstein's first three seasons at the helm. However, they showed slight improvement year over year, going from 61 to 66 and 73 wins.

During that time, Epstein was slowly building a championship contender. He acquired fan favorites Kris Bryant and Anthony Rizzo, who he had met when Rizzo was a teenager entering the Red Sox organization. He amassed an ace pitching staff, with Jake Arrieta and Kyle Hendricks as the highlights. Epstein would later add Jon Lester – another player Epstein knew from his Red Sox days – and put the pieces in place around his stars to bring success to the Windy City.

Epstein and the Cubs finally tasted the postseason in 2015. Though the team finished in third place in the tough NL Central, that was enough to earn a spot in the NL Wild Card game. In the one-game playoff, the Cubs beat the Pittsburgh Pirates and then moved on to the National League Divisional Series knock off their other divisional rival, the St. Louis Cardinals. It was the first time since 2003 that the Cubs had reached the National League Championship Series. They lost to the Mets in four games, but thanks to Epstein's crafting of the roster there was a hope in the city that hadn't been felt in a long time.

This season, the Cubs improved by six games, reaching 103 wins and locking up the best record in the majors. While reaching the playoffs was nice last year, there's one goal for this team: ending its 108-year championship drought and delivering a World Series trophy to Wrigley Field.

If the Cubs can pull that off, Epstein will once again be the hero for an entire city.