The WWE Is One Of The Most Lucrative Organizations In Entertainment, And It's Growing Fast!

Who doesn't love watching a bunch of sweaty men and women lay the smack down on each other in the ring? With all the excitement and the drama of the WWE, it's easy to see how it would be an incredibly lucrative business. But just how lucrative? You might be surprised just how big this thing has gotten.

According to ESPN's Darren Rovell, the WWE brought in a whopping $658 million in total revenue last year. That's more than a 20% increase over what the organization made the year before!

Now, you might be asking, where does all that money come from? Let's take a look at a few of the biggest money makers in the business:

2) Ticket Sales. It costs over $50 on average to get into a WWE live event, and the organization sold over a million and a half of those tickets last year alone.

3) The WWE Network. It costs $9.99 for a subscription to the network, and now there are over a million and a half subscribers. The organization made almost $140 million last year from the WWE Network subscriptions alone.

4) Pay-Per-View. Though the pay-per-view revenue is going downhill thanks to those fights being included in the WWE Network subscription, the organization still made over $20 million from pay-per-view in 2015.

5) YouTube is quickly becoming a bigger money-maker for the organization, as its YouTube channel had over 10 billion views last year.

6) The WWE made almost $100 million with a combination of licensing agreements and other sales last year.

You may be asking, who's the mastermind behind all of this success? And there's only one answer: 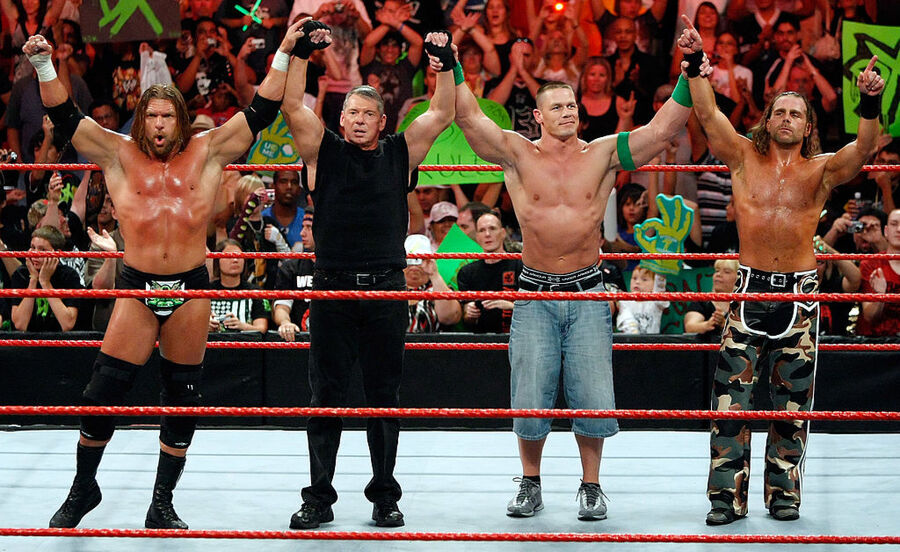 He's not only an incredibly entertaining member of the WWE family, he's also a business shark to the core. Last year alone, he made over $3 million working with the WWE, but it's his vested interest in the company's stock that fuels his fire. The 71-year-old reportedly owns over 39 million shares of stock in the company, currently worth around $800 million. He's tech savvy and forward thinking, and as long as he's at the helm this business will continue to grow.

When the ageless wonder grows too old to go on, the business will likely be taken over by his son-in-law Paul "Triple H" Levesque, who made $3.1 million last year. McMahon's daughter Stephanie, Paul's wife, will complete the tandem. Her stock is reportedly worth almost $40 million. It will be interesting to see if they've inherited the business sense from their dad to keep this thing moving upward.

In short, when it comes to the entertainment industry, the WWE is one of the richest and most impressive organizations on the planet.