The Wildly Different Stories Of Floyd Mayweather Jr. And The Last Man Who Defeated Him

Even if you're not a boxing fan, you've heard of Floyd Mayweather, Jr. The boxer has an undefeated professional record and has been featured on multiple lists of the richest athletes ever. He also drew headlines after he pleaded to misdemeanor battery in 2011.

While Mayweather is a notorious name, fewer people have heard of Serafim Todorov. But the Bulgarian holds a special distinction: he's the last person to beat Mayweather in a fight.

On August 2, 1996, Todorov defeated Mayweather by a 10-9 decision in a highly controversial bout. The two squared off during the semifinals of the 1996 Olympics in Atlanta, GA.

Mayweather ultimately lost, though the immediate reaction was that he possibly should have won. Even the referee of the match mistakenly lifted Mayweather's hand in the air in victory as Todorov was being announced as the winner. 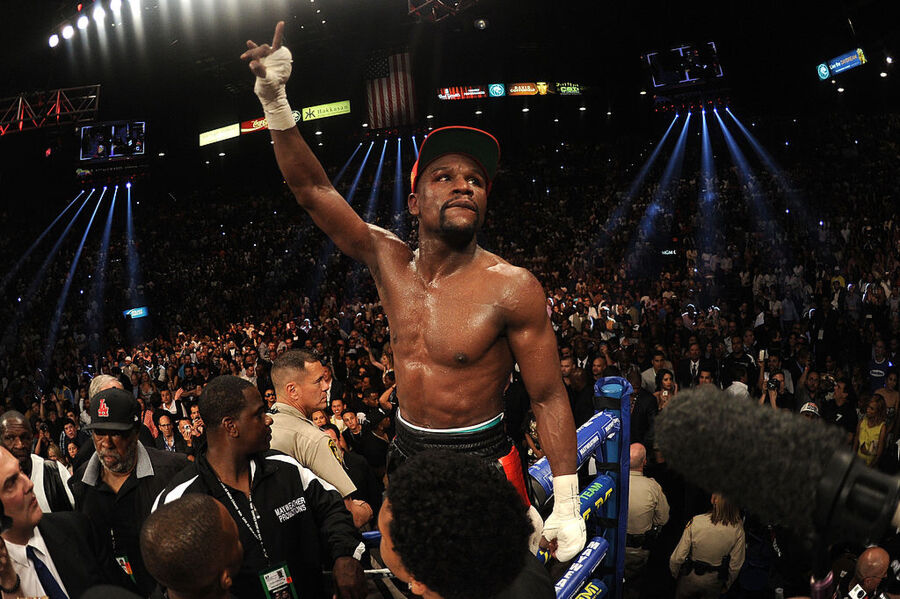 Since that fight, Mayweather and Todorov's paths have diverged. Mayweather won his first pro fight later that year. He put together a boxing career that spanned more than 20 years, retiring with a perfect 50-0 professional record after defeating Conor McGregor in 2017.

Mayweather has earned a ton of money along the way, too. The fight against McGregor alone earned Mayweather a reported $300 million. Over the course of his career, he generated about 24 million pay-per-view buys and $1.67 billion in revenue. Between fights and endorsements, he's made nearly $1 billion.

Meanwhile, Todorov's victory turned out to be his last career highlight. He won the world championships three times as an amateur but settled for a silver medal in the 1996 Olympics. After his fight with Mayweather, Todorov rejected an offer from a group of American boxing promoters. He believed he would have received more money from the Bulgarian Boxing Federation had he won the gold medal.

However, his home nation barely supported him, and he tried to represent Turkey at the 1997 World Amateur Boxing Championships. Todorov and Turkey had a deal in place that would have paid him $1 million, but it fell through.

Todorov's amateur boxing career ended in 2003 and he's kept a relatively quiet life since. He and his wife both lost their jobs at supermarkets and sausage factories. Now, Todorov lives on a pension that pays him $435 per month.

It's a chilling story and a reminder that the world of pro sports can be extremely punishing. One moment you're on top of the world, and the next you're barely scraping by.