Thanks to myriad injuries, the Golden State Warriors were the worst team in the NBA last year. As a result, they received the number two pick in the 2020 NBA Draft, selecting Memphis big man James Wiseman. While they won't be the favorite in the West, the Warriors should be better this season.

However, they're spending a ton of money to compete. In fact, they'll pay a whopping $82.4 million for one player.

This player must be a star, right? Surely it's someone like Steph Curry or Klay Thompson, or even Draymond Green, a multi-tool player that makes his teammates better. Maybe Kevin Durant is returning to the Bay Area? 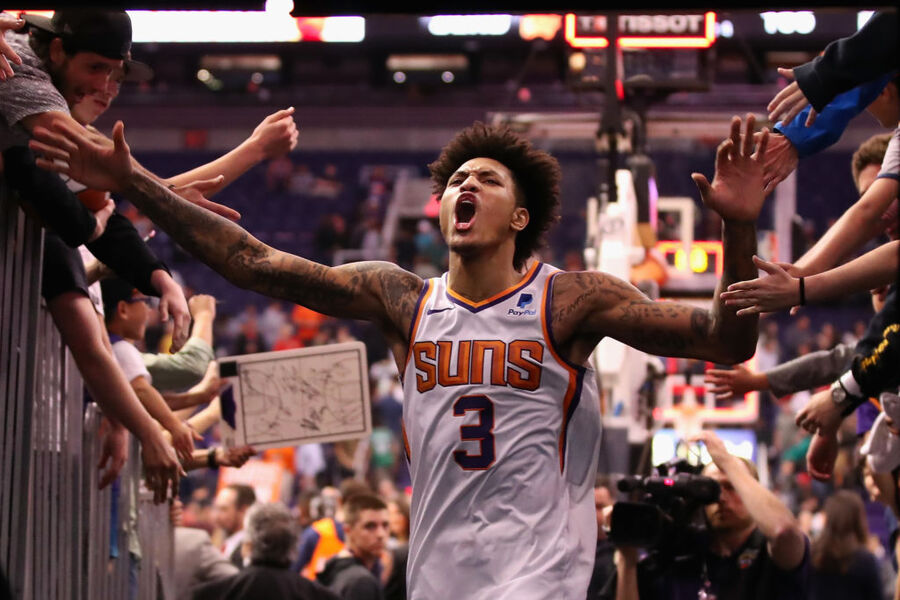 It was the second time in less than a week that Oubre got traded. He had been playing for the Phoenix Suns but was moved in a trade for Chris Paul.

Oubre wasted no time in taking shots at his former team, particularly Suns owner Robert Sarver. In an interview with 95.7 The Game in San Francisco, he expressed his excitement at playing for the Warriors.

The addition of Kelly Oubre would see it increase to $134M

Oubre sadly won't receive any of that additional $68 million, which will go to the league instead. But it's a stunning price to pay for a player who won't replace Thompson on either the offensive or defensive end of the floor.

He's only 24, and maybe the Warriors are hoping he continues to improve on his career-best season last year, where he scored 18.7 points and grabbed 6.7 rebounds per game. However, this is only a one-year deal. It's entirely possible Oubre — who again, was primarily brought in to replace Klay Thompson for this season only — leaves for a bigger role next summer.

We'll have to see how that shakes out. For now, the Warriors and owner Joe Lacob are totally fine paying a premium for their new player.