Jim Harbaugh Is Doing Something Pretty Amazing With His $500,000 Bonus Check From Michigan

Michigan head football coach Jim Harbaugh finally knocked off the school's rival Ohio State. Not only was it a thrilling victory for the Wolverines, but the win helped propel Michigan into the College Football Playoff. The victory also locked up the Big Ten East crown.

That latter accomplishment netted Harbaugh a $500,000 bonus from the university. So what is doing with the bonus? He's putting in a swimming pool! And if there's enough left over, he's flying you all out to help him dedicate it!

Kidding. On a recent episode of the"Inside Michigan Football" radio show, the head coach announced the very cool way he and his wife Sarah are giving back to the university.

"We decided any bonus money that I am to receive through this season will be redirected to reimburse U of M athletic department employees who have stayed while taking a voluntary or mandatory pay reduction during the last 18 months during the pandemic," Harbaugh, 57, said. 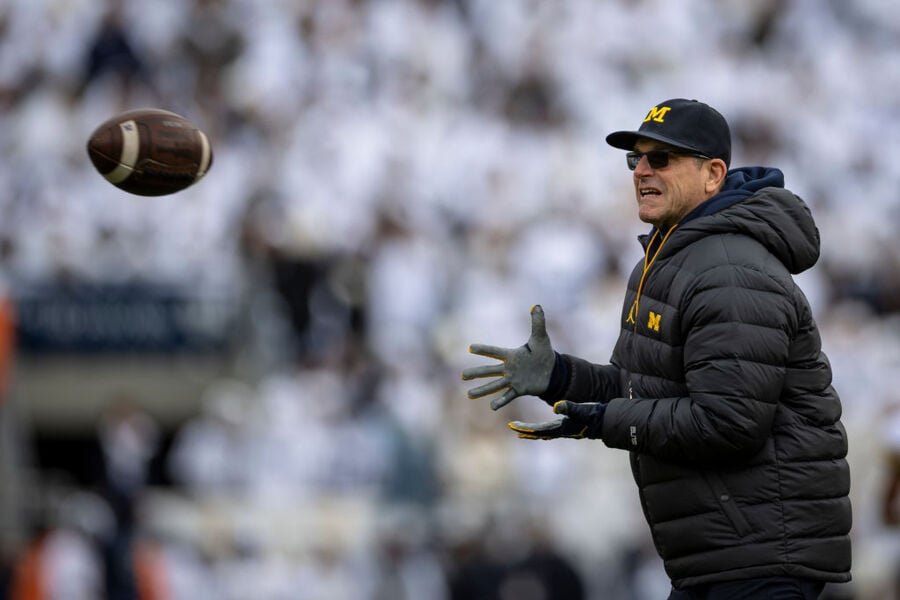 Harbaugh's current contract pays him about $4 million annually. While half a million dollars is already a sizable bonus, Harbaugh could more than quadruple that in the next month. Here's a look at the potential bonuses he can earn:

At a minimum, Michigan is almost a lock to make a New Year's bowl game. If Michigan wins the Big Ten title game against Iowa, they'd surely make the College Football Playoff, too, adding another $1.5 million to the pot.

Harbaugh's big focus will be finishing this season strong. After all, it's not just the players and fans counting on him—the whole university will be rooting hard for the Wolverines.