The U.S. Women's Team Is Taking A Stand To Earn Same Wages As The Men

During the last Women's World Cup in 2015, the U.S. women's squad simply dominated. They defeated all their opponents (most of them quite soundly, including a 5-2 victory over Japan) en route to the third title in team history. Compare that to the men's team, which just a year earlier, clawed their way to the Round of 16 knockout stage before losing 2-1 to Belgium.

The women's team brought in nearly $20 million more than the men's team did, yet the women get paid almost four times less than their male counterparts.

The numbers are pretty staggering: the women would earn $99,000 each for winning 20 friendlies, the minimum number they must play each year. Meanwhile, the men would likely earn $263,320 each for doing the same thing. But even if they lost all 20 matches, they would get $100,000. Additionally, the women get paid nothing for playing more than the required 20 matches, but the men get between $5,000 and $17,625 for every game played beyond the initial 20.

So now, the women are fighting back.

Led by Hope Solo, Alex Morgan and Carli Lloyd, five members of the U.S. women's team have filed a wage-discrimination action with the Equal Employment Opportunity Commission against the U.S. Soccer Federation. The other two members include Megan Rapinoe and Becky Sauerbrunn.

The action was filed by the law firm of Winston & Strawn and co-chairman Jeffrey Kessler, who is no stranger to these big trials. He's represented a number of athletes in disputes with pro leagues, including Ray Rice and Tom Brady. 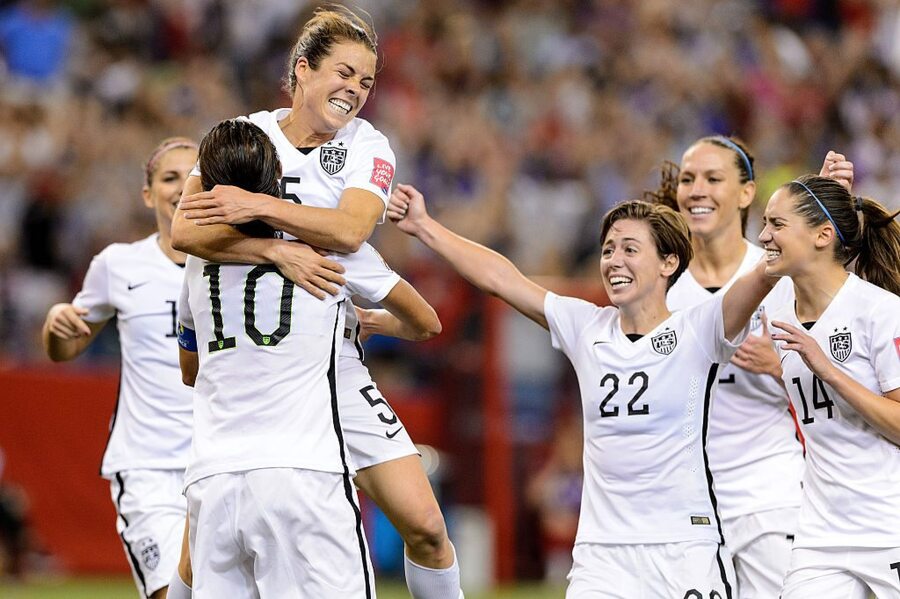 Back in January, the U.S. women's team submitted a proposal for a new collective bargaining agreement. In response, U.S. Soccer sued the union, seeking to clarify that the contract runs through the end of the year. That includes the Rio Olympics this summer. The union, meanwhile, feels the deal they agreed to back in March 2013 can be terminated anytime.

At first, U.S. Soccer issued a statement saying it was "disappointed" about the action. Now, it's changing its stance, releasing another statement saying they're ready to negotiate a new CBA when the current one expires at the end of the year.

Echoing that statement, USSF President Sunil Gulati said the organization considers many factors in determining player compensation, noting the revenue the team brings in as one such factor.

Solo, who's been a member of the women's national team for more than 15 years, said not much has changed during her tenure. In response, U.S. Soccer has said it remains committed to the women's game, and pointed to its investment in the National Women's Soccer League.

U.S. Soccer is claiming the lawsuit was "reluctantly" filed before the Olympics to "confirm the existence" of a collective bargaining agreement with the union that represents the U.S. women's team. The last thing U.S. Soccer wants is its championship team boycotting the Olympic Games:

"I think we've proven our worth over the years," Lloyd said. "Just coming off a World Cup win, the pay disparity between the men and women is just too large. We want to continue to fight.

Morgan added, as the members of the team appeared on Today:

"Every single day, we sacrifice just as much as the men. We work just as much… we endure just as much physically and emotionally. Our fans really do appreciate us every day for that. We saw that with the high of last summer. We're really asking, and demanding now, that our federation, and our employer really, step up and appreciate us as well." 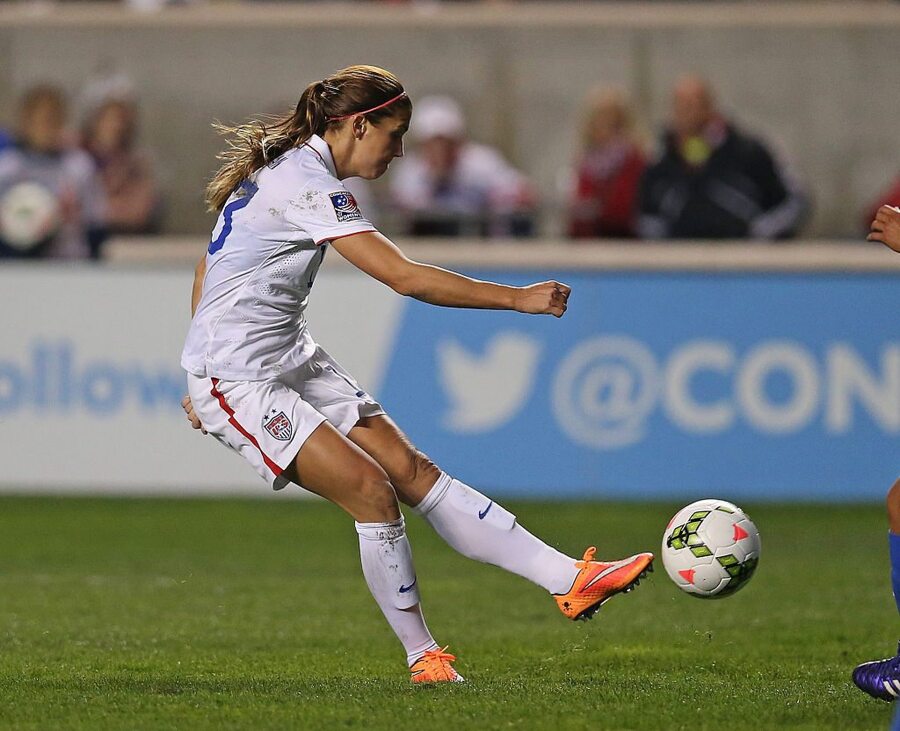 Morgan noted that the men get more pay "to just show up" than they get paid to win major championships.

The women have a ton of support in the form of the men's team stars, past and present. U.S. men's goalie Tim Howard told SportsCenter that the team supports the women, saying that the men had been fighting that battle for what seemed like forever:

"We support the fact that the women should fight for their rights and fight for what they think is just compensation… We, on the men's side, have been fighting that battle for a long, long time. We certainly know what it feels like. We felt underpaid for a long time. We had to negotiate our way to a settlement."

Landon Donovan took to Twitter to show his support. The women's national team even has the backing of Washington, D.C.: Hillary Clinton tweeted that she wouldn't want to face the team either on the field or in the courtroom.

Kessler, the lawyer representing the union, says that the women's team is even more valuable to the U.S. Soccer Federation than the men's team. He argues that they could reasonably ask for more money than their counterparts. By that logic, it should be "an easy step for the USSF to take" in giving equal payment to the women.

This isn't the first time the women's national team has voiced their complaints about inequality. A handful of players, led by Abby Wambach, filed a complaint in Canada before the World Cup. They noted the men's World Cup is played on natural grass, while the women had to play on artificial turf, which can be more dangerous. After the women won the World Cup, a match in Hawaii during their victory tour was canceled, because the artificial turf was determined to be unsafe.

The team has qualified for this year's Olympics. They're currently training for a pair of friendlies against Colombia. Will it be a tune up for a trip to Brazil? Or will the team take a stand by boycotting the Olympic Games entirely?