The U.S. Olympic Team Could Break The National Record For Most Olympic Bonus Money Ever

United States Olympians have always worked extremely hard to represent their country in the Olympics, and this year in Rio has been no different. The U.S. is always among the leaders in the medal count and often at the very top of the list. This is an honor that is definitely worth fighting for in the mind of every competitor the country sends abroad.

But that's not all they're fighting for…

Every medal earned by a United States Olympian earns the athlete a cash bonus. This year, they each earn $25k for every gold medal, $15k for silver, and $10k for bronze from the Olympic Committee. Though that amount pales in comparison to what some countries offer their winning athletes, it's still worth the effort. And this year, the U.S. team is really doing the work.

During the action on Friday, the U.S. Olympic Team surpassed $3.5 million in medal bonuses this year alone! And they definitely aren't done yet. 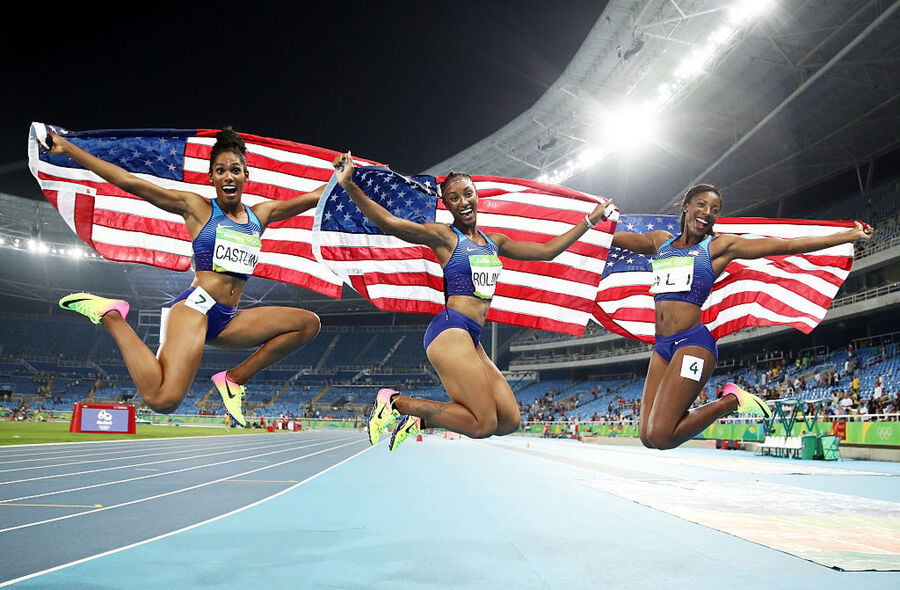 By the end of the day on Friday, the United States sat atop the Olympic medal count with a total of 105 medals – 38 gold, 35 silver, and 32 bronze. China was in second place, with a total of just 65 medals.

Some of those 105 medals won by the U.S. count for multiple bonuses, as each individual athlete who is part of a team that reaches the podium receives a bonus. Therefore, the U.S. team still has plenty of room left for making bank. For example, both the U.S. Men's and Women's basketball teams will compete in the gold medal game, and each team has 12 players on the roster. That means that each team will win $300k for a gold medal or $180k for silver.

At this point, the U.S. team still has an opportunity to make history as the highest paid American team ever. The current record is $5.3 million from 2008 in Beijing, but the team still has a chance to beat that this year.