Outfielder George Springer was one of the major catalysts of the Houston Astros World Series run in 2017. He finished with 11 hits (including eight extra-base hits) and seven RBIs in only 29 plate appearances and made several solid plays as a fielder, too.

The 31-year-old is ready to move on from the Astros, though, and is heading north of the border. And his new team is paying him handsomely.

Springer agreed to a six-year, $150 million deal with the Toronto Blue Jays. If Springer passes his physical, the Blue Jays will get a new star, and Springer will get a ton of money.

The deal is the largest in Blue Jays franchise history. The previous high was a $126 million extension for Vernon Wells in 2006. No other Blue Jay has ever made more than $100 million from a single contract. 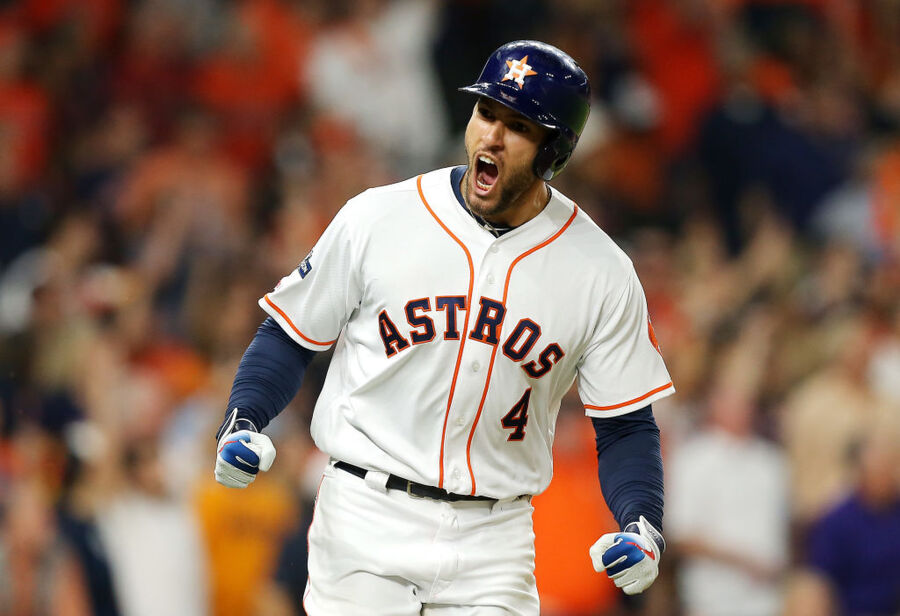 Springer turned down a one-year qualifying offer worth $18.9 million. As a result, the Astros will receive an extra pick after the fourth round in next year's amateur draft. The Blue Jays will lose their second-highest draft pick and forfeit $500,000 of international signing bonus pool space in 2022-23.

That's a small penalty for a team scoring one of the top free agents in baseball. Before the shortened 2020 season, Springer had hit at least 20 home runs in five of six seasons, with All-Star appearances from 2017 to 2019. In terms of leadoff hitters, he ranks in the top five in home runs, RBIs, hits, and extra-base hits since entering the league in 2014.

Springer will also get a fresh start away from the Astros, who are still feeling the effects of the team's sign-stealing scandal. He maintained good numbers this season, but many of his teammates struggled. Though the Astros advanced to the American League Championship Series, they finished below .500 and would have missed the playoffs if they were in any other division.

Aside from the change of scenery, Springer will also get a solid pay bump. He earned $7,777,778 in prorated salary this year. His new average of $25 million is a nice increase from the $21 he would have made if there were a full season of baseball.

With only about 12% of free agents having signed deals so far, there are still plenty of players on the market. Yet the Blue Jays have already scored one of the biggest prizes.