Soccer is the world's most popular sport. Though it may not be number one in the U.S., plenty of players can earn a huge salary, thanks to a unique rule of Major League Soccer. And that can set those players up for life.

Normally, MLS teams can only spend $4.035 million on salary per year. But thanks to the Beckham Rule, introduced in 2007, MLS clubs may select three designated players. Those players can earn an uncapped salary. Often, the players are older and established at other levels, coming to MLS to finish off their careers.

As a result, MLS has had 144 designated players since 2007. Currently, there are 65 designated players, and they're making the most of it. Here's a look at the top ten highest-earners in MLS. All wages are per year.

When Zlatan Ibrahimovic joined the Galaxy in March of 2018, it was a big deal. Partially because Zlatan is such a big personality, but also because he's still putting up huge numbers, even at age 37. He's scored 44 goals in 49 appearances and has now tallied more than 500 goals in his career for both club and country.

How's this for a fun bit of context? Though Zlatan is far and away the highest-paid player in MLS, he'd be earning below average if he played basketball. The average NBA salary for this upcoming season is a little more than $7.7 million.

Zlatan's 500th goal happened to come against Toronto FC, home for Michael Bradley since 2014. Bradley got his start with the New York Red Bulls (then the MetroStars) as a 17-year-old in 2004. Since then, he's played across the world, including major leagues like Bundesliga, Serie A, and the Premier League. He's had his most success in Toronto, reaching the MLS Cup Finals in 2016 and leading Toronto to a championship the following year.

Schweinsteiger spent 17 seasons with Bayern Munich, playing in exactly 500 matches while notching 68 goals. He also won plenty of hardware; his club won eight titles during his tenure. After a brief, unsuccessful stint with Manchester United, he joined the Chicago Fire in 2017. Now 35, Basti has revived his career in MLS. Now he'll look to help lead the Fire back to some of the success they had when the club first started.

A regular on the U.S. men's national team, Altidore just feels more at home in the states. In 52 matches with Sunderland in the Premier League, Altidore totaled just three goals. He rejoined MLS in 2015 and has thrived. He's scored 70 goals in 133 appearances. 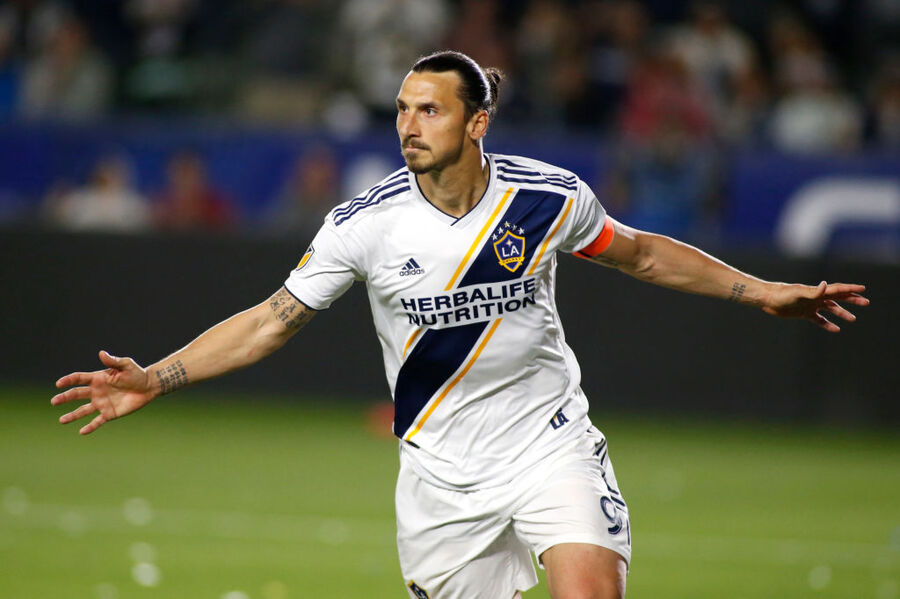 The success of the L.A. Galaxy was enough to start another team in the area, and Los Angeles FC has wasted no time getting up to speed. The club finished third in the Western Conference last year and has an enormous lead this season. That's largely due to Vela's success. He sits atop MLS's leaderboard in goals scored and is second in assists. If he can help deliver a title (likely winning MVP along the way), he'll be worth every penny for his club.

The newest MLS addition on this list, Pozuelo has only been north of the border since March. The 28-year-old scored 25 goals in 177 appearances with Belgian club Genk. He's been far more productive with Toronto FC, knocking in 11 goals in only 30 appearances.

Rooney is the record goalscorer for both the English national team and Manchester United. Rooney has spent less time with DC United (just a season and a half) and plans to leave the club to return to England as a player-coach for Derby in the EFL Championship league. But he's still had a few memorable moments, including his first goal and a broken nose in the same match and multiple red cards. Never a dull moment with the English legend.

When Atlanta United has needed a goal, it's looked to Martinez. The exciting star has scored 71 goals in 79 appearances and set the MLS record with 15 consecutive matches with a goal scored. His scoring prowess helped Atlanta win its first-ever title last season.

However, Martinez suffered an injury in his most recent match and could be out for a while. Whenever he does return, we're not betting against him going right back to his goal-scoring form.

Nani will have to be alright with money over team success in Orlando. The team has struggled since he joined them in February, though it's hardly been his fault. Don't feel too bad for Nani, though. In addition to making more than $2.3 million this year, he's won 17 major trophies throughout his career as a member of Sporting Libson, Manchester United, and Portugal's national team.

Valeri joined the Timbers in 2013 and has appeared in nearly 200 matches since then. He won the division's MVP award in 2017. And though he's entering his mid-30s, he hasn't slowed down, riding a string of three straight All-Star appearances. He also helped Portland take home its first title in 2015.