Of all the professional sports leagues, the NFL's player contracts are probably the least player-friendly. Fully guaranteed contracts are virtually non-existent, and with the average career only lasting about three years, it can be hard to carve out a good amount of money – unless you're a quarterback or a star defensive player.

Perhaps it shouldn't be any surprise, then, that eight of the ten highest earners in the league are quarterbacks. One of the other two is a Super Bowl MVP.

Here's a look at the NFL players – all of whom appear on Forbes' highest-paid athlete list – who earned the most money from June 1, 2017 to June 1, 2018. The numbers below include all salaries, bonuses, and any additional sponsorship money. 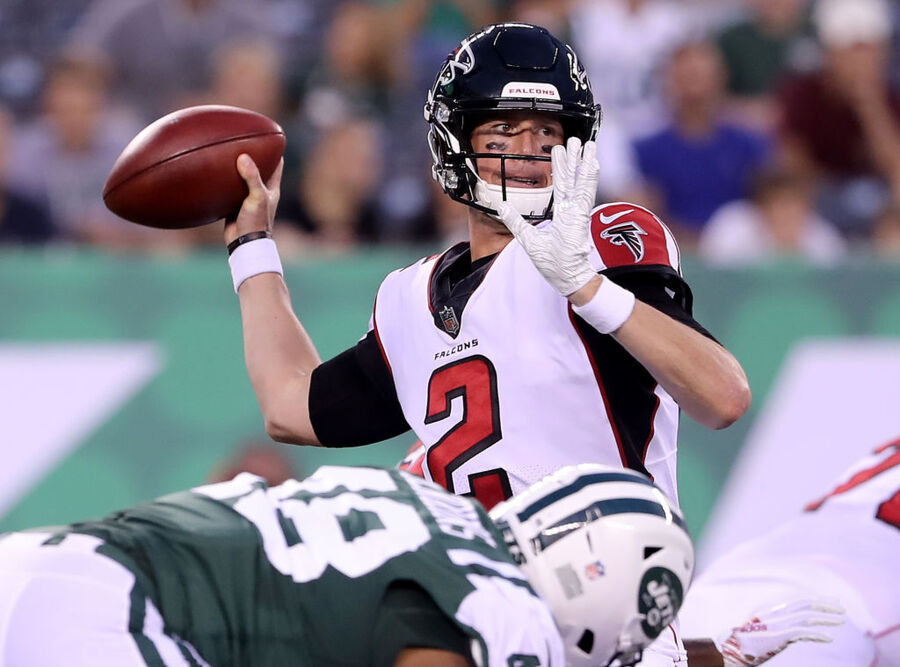 Ryan won the MVP Award in 2016 and is a four-time Pro Bowler. He led the Falcons to the Super Bowl two years ago (his MVP season) and was just a few minutes away from grabbing his first Lombardi Trophy. Though the Falcons regressed a bit as a whole in 2017, Ryan still played well. The team rewarded him with a new five-year, $150 million with $100 million guaranteed, including a signing bonus worth more than $46 million.

Stafford signed a $135 million extension with the Lions last season, which made him the highest-paid player in NFL history at the time. In 2011, Stafford became the fourth-player ever to throw for 5,000 yards. He's hit at least 4,257 yards in the six seasons since. However, Stafford has yet to win a playoff game in nine years in the league.

No other quarterback has thrown for at least 5,000 yards in a season more than once in their career. Brees has done it five times. The 39-year-old has led the NFL in passing yards seven times and passing touchdowns four times. This offseason, he signed a two-year, $50 million contract extension to stay in New Orleans. In the past year, Brees, who endorses Nike, Pepsi, Wrangler, and Proctor & Gamble, among others, made $13 million in sponsorships. 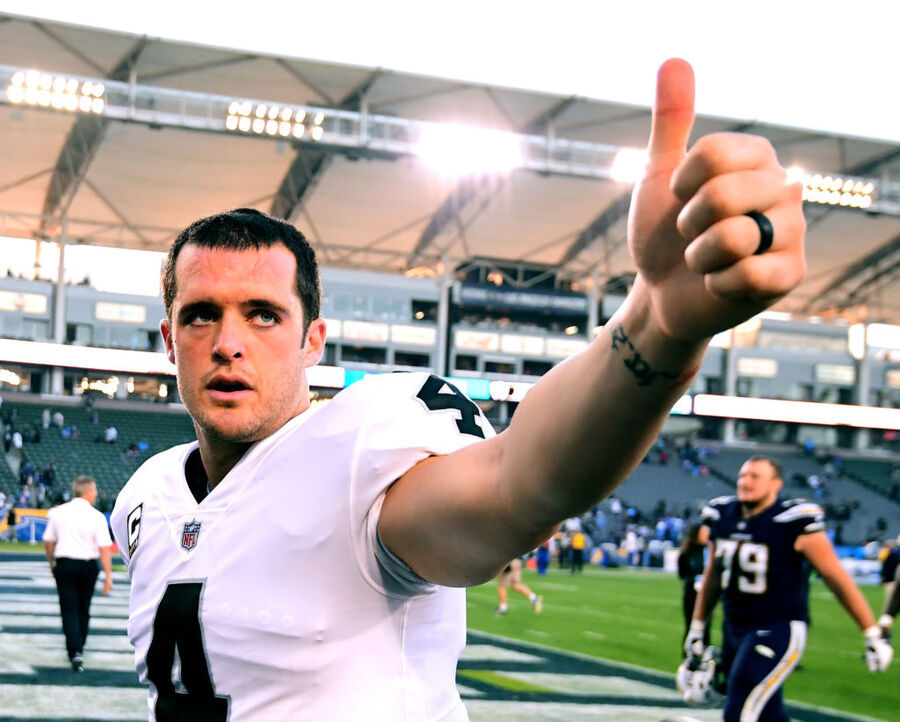 In 2016, Carr led the Raiders to their first playoff appearance in 14 seasons, but broke his leg near the end of the season and missed the game. He returned to play 15 games last season, though the Raiders missed out on the postseason. Now more than a full season removed from his injury, the three-time Pro Bowler will look to put up his best year yet.

Smith set career-highs in passing yards (4,042) and touchdowns (26) last season. His 26:5 touchdown to interception ratio was also quite impressive. Despite helping the Chiefs make the playoffs three seasons in a row, the team traded him to the Washington Redskins this offseason. He'll assume the starting role in Washington, though his supporting cast on offense isn't nearly as strong as it was in Kansas City.

The first defensive player on the list, Johnson spent his first six seasons with the Rams (both in St. Louis and Los Angeles). After two straight seasons under the franchise tag, the 28-year-old signed a five-year, $72.5 million contract with the Jets, though only $34 million of it is guaranteed. Johnson, who's scored a defensive touchdown in three of the past four seasons, started off last year with a bang. He recorded two solo tackles, a pass deflection, forced fumble, fumble recovery, interception, and a touchdown in the team's season opener. In the 15 games after that: just one interception and no forced or recovered fumbles. 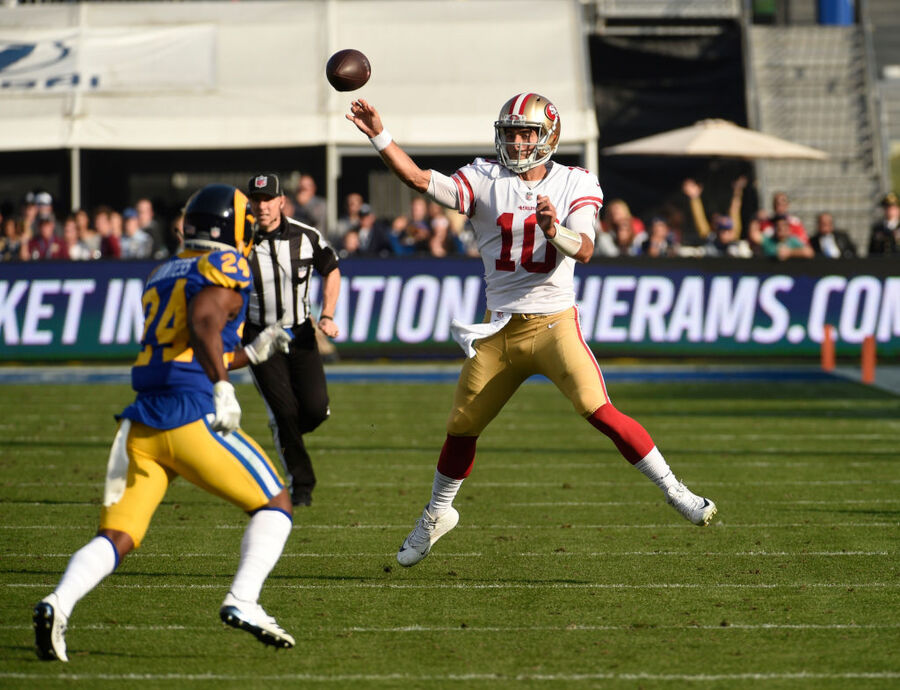 It pays to hang out with Tom Brady. Garoppolo spent three and a half years as the backup in New England before being traded to the San Francisco 49ers. The Niners didn't lose any of the five games he started, though they'll want him to improve on his 7:5 touchdown to interception ratio this season. The team has high hopes, too: Garoppolo got a five year, $137.5 million contract in February. It has nearly $90 million in guarantees in the first three years.

Tannehill played exactly zero downs of football for the Dolphins last season and still made more than $35 million. Not too shabby. Tannehill owns a handful of Dolphins franchise records, including the most passing completions (392) and the highest completion percentage (66.4%) in a single season. Can he return to form after coming off ACL surgery? 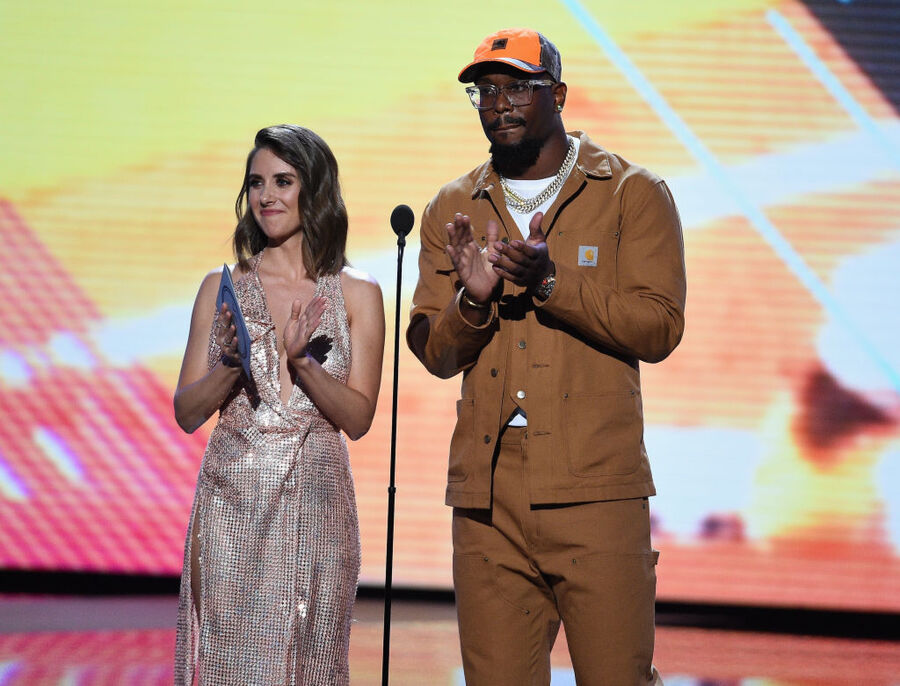 The MVP of Super Bowl 50, Miller is one of the highest-paid defensive players in the league. In seven seasons, he's made six Pro Bowl appearances, and even won the MVP of last year's Pro Bowl. Thanks to his Super Bowl MVP, Miller is now more recognizable and brands have tapped into him, resulting in an extra $2 million in his pocket this past year.

Much like Johnson, Cousins played multiple seasons under the franchise tag. That resulted in a healthy chunk of change, as well as a hefty contract from the Minnesota Vikings. Cousins signed a three-year, $84 million contract with the Vikings, the first fully guaranteed contract in NFL history. Cousins is actually a great example for other players to take risks on themselves to fight for better contracts worth more money. Cousins only made $4 million his first three years of the seasons, After two straight years under the franchise tag in Washington, he finally parlayed strong play into a huge deal.