For 45 years, the NFL has relied on a passer rating statistic to calculate the top passers in the league. Passer rating accounts for a quarterback's passing attempts, completions, yards, touchdowns, and interceptions. The statistic isn't a catch-all, but it's generally a solid indication of how well a quarterback is doing.

The system goes from 0 to 158.3, with the latter score indicative of a perfect game. This year's leader in passer rating through Week 8? Ryan Fitzpatrick of the Tampa Bay Buccaneers.

Fitzpatrick has posted a 119.3 rating so far this season. That's higher than guys like Drew Brees, Philip Rivers, Matt Ryan, and Aaron Rodgers.

And sure, Fitzpatrick has only played in five games this year while those other guys have played in seven or eight, but it's still an impressive feat. 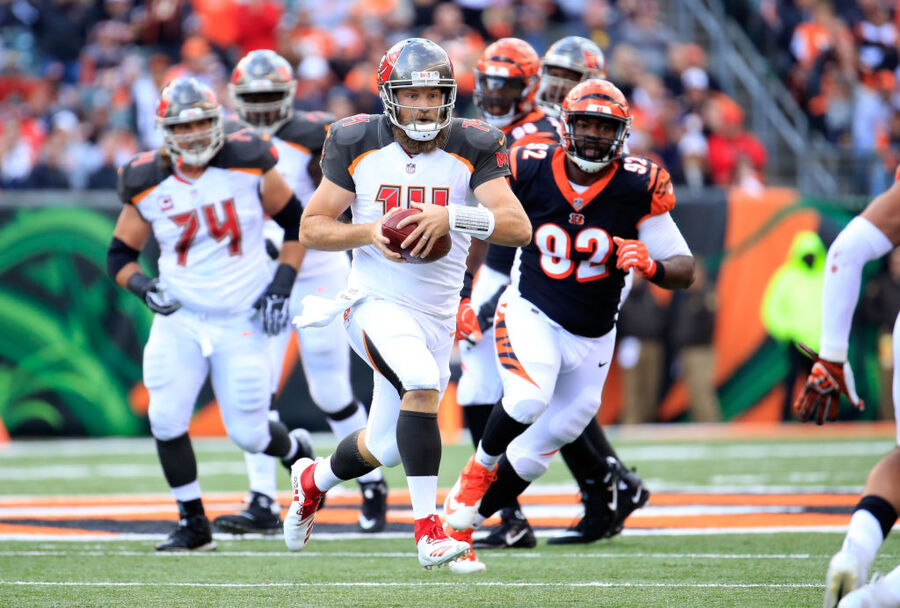 What's even crazier is that Fitzpatrick is the 42nd highest-paid quarterback in the league. He's making $3.3 million in salary this season.

That amount is nothing to sneeze at. But consider a few of the players making more than Fitzpatrick this season: Chad Henne, Mike Glennon, A.J. McCarron, Chase Daniel, and Teddy Bridgewater. Those five quarterbacks have combined to throw zero passes this year.

Fitzpatrick is also making considerably less than quarterbacks who have been benched midseason, including Sam Bradford ($20 million), Tyrod Taylor ($15.25 million), and yes, even Winston ($6.33 million).

"Fitzmagic" started the season in place of the suspended Jameis Winston, playing extremely well in his first two games. He had an inconsistent third game and a terrible fourth game and was benched in favor of Winston. However, Fitzpatrick got back on the field in Week 8, completing 11 of 15 passes for 194 yards and two touchdowns in just more than a quarter's worth of work. He was named the Week 9 starter on Monday.

The 35-year-old has made a little more than $58 million over his 14-year career. He earned more money last year, even though he's already thrown for more yards and touchdowns halfway through this season.

Though he won't make a ton of money, the Buccaneers are hoping Fitzpatrick can continue his hot play. And if he does, he'll likely score a paycheck more in line with his performance.