The Ten Highest-Paid Non-Quarterbacks In The NFL

If you were to ask anyone what the most important position on a football field is, the response would almost always come back the same: it's the quarterback. It makes sense — aside from the center, they're the only ones touching the ball on every offensive play. There are also numerous NFL rules designed with the quarterback's safety in mind, and most of the recognizable faces in the league are quarterbacks, who receive big salaries and ample opportunities for sponsorship and endorsement deals.

But that doesn't mean you can't make a ton of money being a non-quarterback in the NFL. And these guys are proof of that — here are the ten highest-paid players in the league who don't play the quarterback position. All numbers are ranked by the average annual value of their contracts per Over the Cap.

After the Rams won the Super Bowl last season, rumors started swirling that Donald might be retiring. After all, he's had a terrific career, put up plenty of dominating performances, and finally earned a championship ring. But Donald probably realized being the highest-paid non-quarterback in the league is a pretty good thing and returned for another season. He'll anchor the Rams' defensive line as they try to repeat as champs.

During his time in Kansas City, Hill established himself as one of the top receivers in the league. The Dolphins think so, too, and they traded a pretty penny for Hill, including a first-round pick, a second-round pick, two fourth-rounders and a 2023 sixth-round pick. Miami then gave Hill a $120 million contract extension for the next four years, making him the highest-paid wide receiver in the NFL.

The younger brother of Houston Texans star J.J. Watt, T.J. has been a force for the Steelers since entering the league in 2017. In 2020, he led the league in sacks, tackles for loss, and quarterback hits. Last season, he set the record for sacks last year en route to winning NFL Defensive Player of the Year. This season hasn't been as kind, though. Watt suffered a pectoral injury in Pittsburgh's opening game and will miss at least a month. Even before his departure, he still managed a sack and three tackles for loss. Impressive! 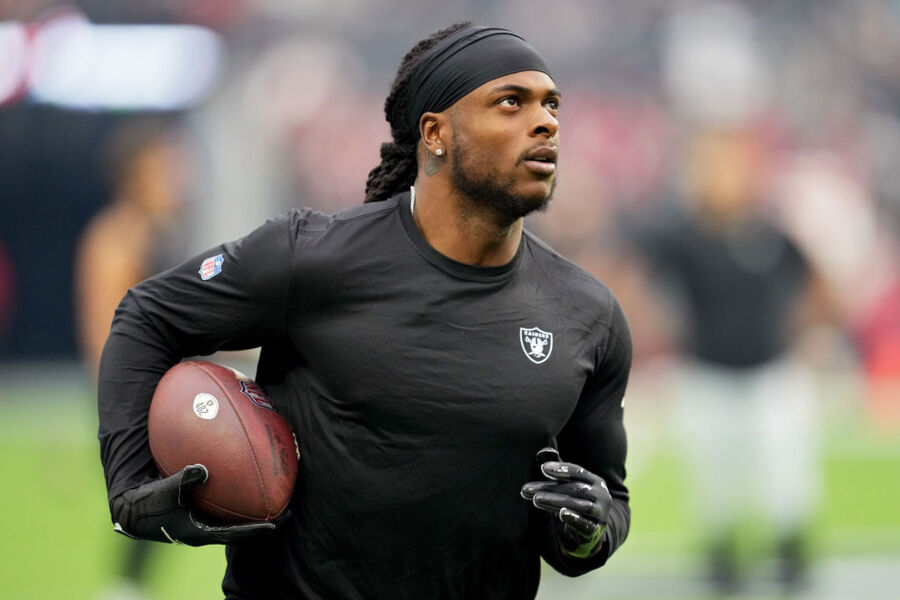 Adams left the familiar frigid air of Lambeau Field (and catching passes from Aaron Rodgers) to join his old former college teammate Derek Carr in Las Vegas. Along the way, Adams agreed to a shiny new deal worth $140 million over five seasons. He's already fitting in very well in Las Vegas and should continue to be among the best receivers in the league.

Another one of the league's top receivers, Hopkins hasn't had as strong a start as Hill or Adams. That's because he received a six-game suspension after testing positive for a banned performance-enhancing substance. Hopkins can't even be in the team facility until after Week 6. But that could turn out to be a good thing for the Cardinals — he'll likely come back incredibly motivated to make up for the lost time.

Bosa won Defensive Rookie of the Year in 2016, his lone season in San Diego before the Chargers moved up to Los Angeles. Since then, Bosa has continued to dominate the defensive line. Though he technically signed a six-year contract for just under $150 million, his deal is widely considered a five-year, $135 million extension, equaling out to $27 million per season.

Kupp's journey to stardom has been well documented in NFL circles, but it's still cool to see a guy go from a small high school to a small college to winning MVP of the Super Bowl. Last season, Kupp became the fourth player since the AFL-NFL merger to lead the league in receptions, receiving yards, and receiving touchdowns. To do it the same year he won a championship is just the cherry on top. The Rams rewarded Kupp's strong play this summer with a three-year, $80 million extension.

Brown spent three years in Tennessee before the Titans traded him to the Eagles for the 18th pick in the 2022 NFL Draft — a pick the Titans used on another wide receiver. The Eagles then quickly signed Brown to a four-year, $100 million contract with $57 million guaranteed. Brown has already made an impact in 2022, setting an Eagles franchise record for the most receiving yards in a player's debut for the team. He racked up 155 yards on 10 catches in the Eagles' Week 1 victory.

Garrett is probably most well-known for his actions at the end of a Week 11 game against the Pittsburgh Steelers in 2019. The Browns were about to win, and in the closing seconds of garbage time, Garrett got into a brawl with backup Steelers quarterback Mason Rudolph after a late hit. The ensuing fracas saw Rudolph kick Garrett in the groin; Garrett responded by taking Rudolph's own helmet and swinging it at the quarterback. He was suspended for the remainder of the season. It's too bad that so many people think of Garrett just at that moment because he's had a very impressive NFL career. He's made three All-Pro teams and three Pro Bowl appearances and has amassed nearly one sack per game throughout his career. The Browns gave him a five-year, $125 million contract extension in 2020.

Meanwhile, Metcalf is probably most well-known for this amazing chase-down tackle of Arizona Cardinals safety Budda Baker. Metcalf sprinted across the entire length of the field, somehow catching up to Baker and tackling him before he returned an interception for a touchdown. However, Metcalf has proven he's more than just a speedster — he's a great wide receiver, too. He's had at least 900 receiving yards each season of his career and put up back-to-back seasons with at least 10 scores in 2020 and 2021. He doesn't have Russell Wilson as his quarterback anymore, but he should still be very productive in Seattle.