The Tale Of MLB Pitcher Daniel Norris, His $2 Million Signing Bonus, And a 1978 Volkswagen Camper

Dreaming about money is something we never stop doing. We have all dreamed about what it would be like to have a couple million dollars when we were 18-year-old kids, and some of us still do, as adults. The only thing that really changes is what we would do with that money.

As adults, we say we would pay off all our bills, maybe take a vacation, buy a new car, and then make sure the family doesn't have to worry about money as far into the future as possible. However, as 18 year olds, our focus would be on the coolest car, the best video game system, season tickets to our local NFL, NBA, and MLB teams, and the best-ever party/vacation.

Detroit Tigers pitcher Daniel Norris would disagree. He was handed $2 million when he was 18 years old (in 2011 when he first signed with the Toronto Blue Jays). What he did next will surprise you.

Like any other 18-year-old, he went out and purchased his dream car – a 1978 Volkswagen camper he named Shaggy; it wasn't a sports car or a new SUV, but a van, older than he was. As surprising as that may be, it's what he did after buying a mustard-yellow van for $10,000 that is truly shocking. 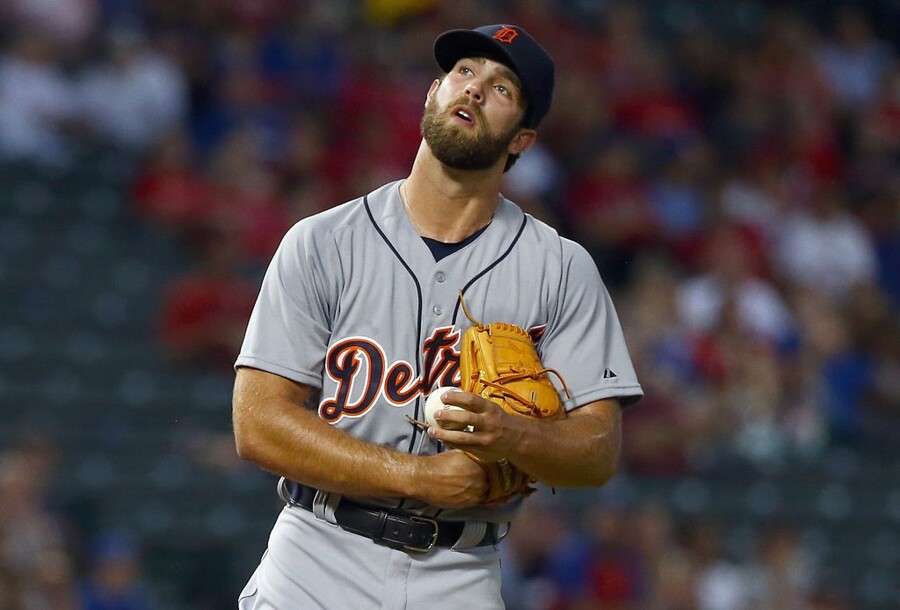 For the next three years, rather than share a condo or an apartment with one of his teammates during spring training, he parked his van behind a Walmart and slept in the back of the vehicle. He tried parking down by the beach at first, but the police told him he had to move (and recommended he park behind Walmart).

Even though he has a couple of million in the bank, he lives on $800 a month (which his advisers deposit into his checking account each month), and not because he is looking to the future:

"I grew up with a simple lifestyle, and I knew going into professional baseball that would be tested," Norris told GrindTV. "In my mind, there's no need for luxury or, at least, society's sense of the word… It's like a yin-and-yang thing for me. I'm not going to change who I am just because people think it's weird."

The first question that comes to mind for many is whether living in his van impacts his game. Surely, he could be healthier and better prepared if he made use of his resources. According to Toronto Blue Jays Assistant General Manager, Tony LaCava, his healthy and readiness has not been an issue:

"He takes care of himself as well as anybody we've got. He's in great shape. He competes on the mound. If that wasn't the case, maybe we'd be more worried about some of the other stuff. But right now, the van and all that is secondary. He has great values, and they're working for him."

Toronto drafted him, but traded him to the Detroit Tigers, prior to the start of last season.