Everyone and their mother is talking about the historical run of the Golden State Warriors. And for good reason: they're on pace to shatter the record for most wins in a single NBA season, Steph Curry is so amazing at basketball, that video game developers say he defies the laws of gaming physics, and they look like they're having more fun than anyone else in the league.

Well, maybe the San Antonio Spurs are having just about as much fun.

You may not have noticed this in all the hullabaloo of the Warriors, but the Spurs are quietly on pace for 70 wins. This is a team that has won five championships since 1999, and they made two moves this summer that could very likely set them up for another handful over the next decade.

First, they signed Kawhi Leonard to a five-year, $90 million extension this off-season. Leonard was the Finals MVP in 2014, and at 24 has shown marked improvement since he entered the league. He's always been a top defender and strong rebounder, though now he's exploded offensively, and the Spurs feel comfortable giving him the ball down the stretch of close games. 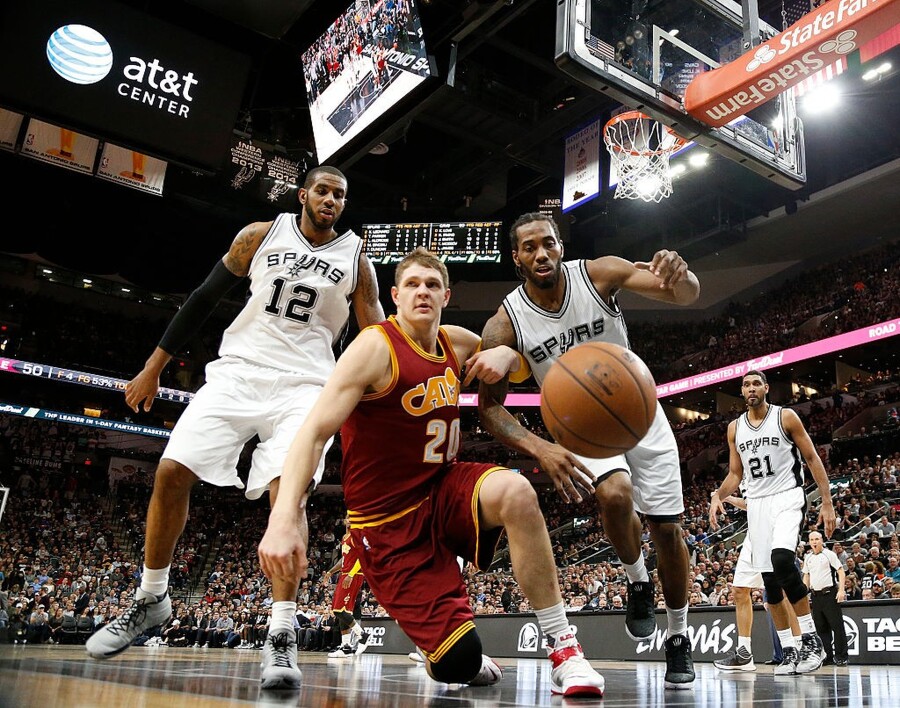 Oh, and if Leonard's having an off night? No worries–the team can rely on their other big move this summer: LaMarcus Aldridge, who signed a four-year, $80 million with the team. He was the star in Portland, and after a bit of an acclimation period in San Antonio, he's looking like one again. Averaging more than 20 points and 10 rebounds per 36 minutes, Aldridge can dominate smaller players in the post, and is too shifty for bigger, slower defenders.

By the way, the Spurs still have Tim Duncan, Tony Parker, Manu Ginobili, and a host of key role players to help their two rising stars out.

Here's a telling stat of the pair's dominance: Leonard is leading the team in scoring at about 20 points per contest (on more than 50% shooting from the field and nearly 50% shooting from three). Aldridge is averaging around 18 points a game. The year the Spurs won the championship, their highest scorer–Parker–averaged 16 points per game.

For a team that's already ranked first in nearly every defensive category, they now have the offensive production to match. And that's scary for any team facing them.

Perhaps the most dangerous stat of all? Aldridge is only averaging about 30 minutes a game (down from more than 35 last season) and Leonard is hovering around 32. With how much firepower the Spurs have, they're able to keep their stars' minutes controlled. Come playoff time, that's a huge advantage.

Only time will tell if that's enough to beat the Warriors in a series, but let's hope these two meet–it'll be way too fun to watch.