Michael Thomas is one of a handful of players that were holding out by not reporting to training camp. But while guys like Ezekiel Elliott and Melvin Gordon are still looking for new deals, Thomas is now seeing plenty of dollar signs.

The Saints and Thomas agreed to a new five-year, $100 million deal, with $61 million guaranteed. The guaranteed amount is more than any non-quarterback has ever received.

This new deal will kick in prior to the 2020 season. Thomas, who's still on his rookie contract, will make $1.15 million this year.

With Drew Brees at the tail end of his career, the Saints showed they're committed to surrounding him with the best talent available. That means paying Thomas, who's put up highly impressive numbers in his first three seasons in the league. 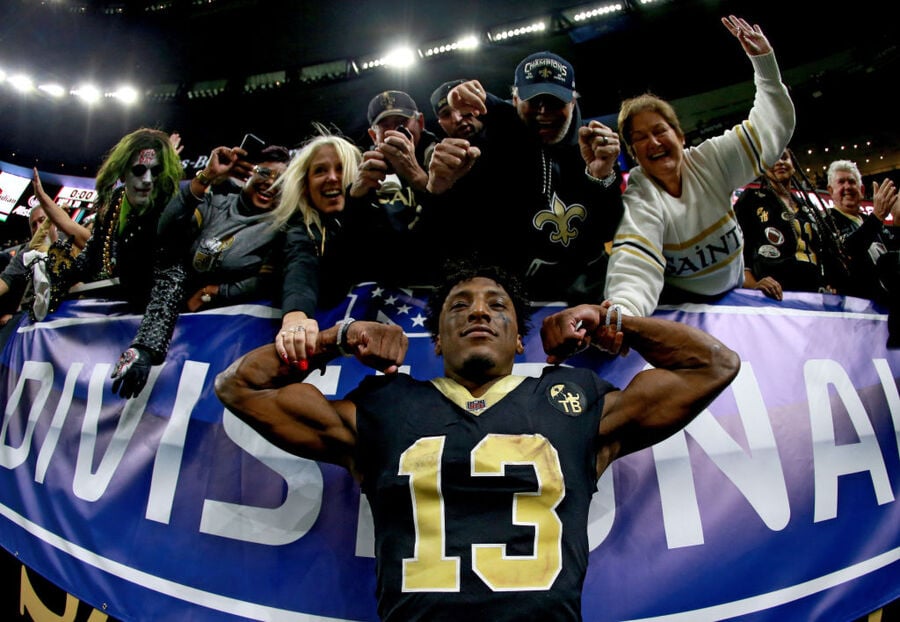 The 26-year-old receiver has career marks of 321 receptions, 3,787 yards, and 23 touchdowns. Last year, he caught a career-high 125 passes, amassing 1,405 yards and nine touchdowns. The 125 receptions led the league and are the fifth-highest total ever for a receiver.

Thomas's new deal will keep him in New Orleans through the 2024 season. Brees may not be around by then, but Thomas is talented enough to succeed with anyone behind center.

For now, he's hoping to help lead the Saints to the Super Bowl. The team made the NFC Championship game last year, losing to the Los Angeles Rams after officials missed a blatant pass interference call.

That led to a rule change this offseason, where pass interference can be challenged in certain situations.

That's all in the past, though – and so is Thomas's holdout. New Orleans fans, rejoice!