The Rockies Are Paying Nolan Arenado More Per Year Than Any Other Position Player, Ever

The Colorado Rockies are in win-now mode. They've made the playoffs the last two seasons, reaching the NLDS last year and the Wild Card in 2017. This past season, they lost a tie-breaker to the Los Angeles Dodgers. So it makes sense that they'd lock up their best player at any price.

It just so happens that, on an annual basis, that price is the most expensive ever for a position player.

The Rockies agreed to an eight-year, $260 million extension with third baseman Nolan Arenado. The contract includes an opt-out clause after three seasons, which would allow Arenado to enter free agency in the winter of 2021.

Arenado will make an average annual salary of $32.5 million. That's more than the $31 million per year Miguel Cabrera made with the Detroit Tigers. 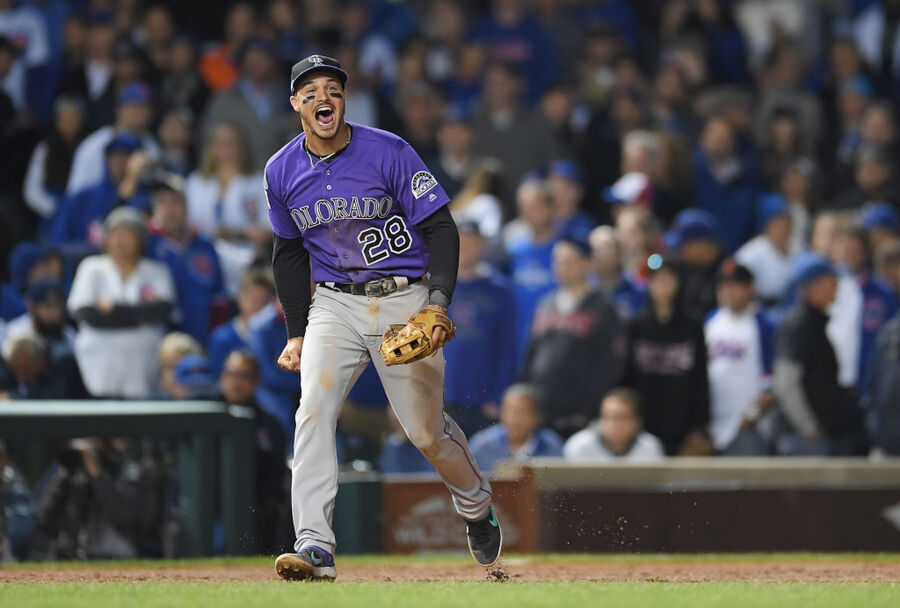 It's also far and away the largest contract the Rockies have ever handed out. Their previous biggest deal was a 10-year, $157.5 million extension for Troy Tulowitzki in 2010.

Arenado has certainly been a major contributor to the Rockies' success. He's a perennial MVP candidate, four-time All-Star, and winner of six Gold Gloves. He's either won or tied the NL home run title three times in his career, including last season, when he knocked 38 out of the park.

Those stats may be inflated a bit, as Arenado does play in the most hitter-friendly park in all of baseball. The altitude of Coors Field makes it easier to launch balls into the stands, and the splits don't lie. Arenado's numbers at home (.320 average/108 home runs/376 RBIs) are far superior to his road splits (.263/78/240).

However, he's still managed to knock out at least 16 home runs on the road each of the past three seasons, suggesting consistent power.

At 27 years old, Arenado is just entering his prime. And if he can lead the Rockies to their first-ever World Series title, that contract will look like a bargain.