Everyone loves a good underdog story. Just look at the film industry to see any number of examples: Rudy, Rookie of the Year, heck, even Space Jam (you don't think the Looney Tunes were FAVORED in that game, do you?).

However, his team isn't convinced he's the long-term answer as quarterback, and that lack of confidence is going to make Cousins a higher base salary than any other QB in the league.

How is that possible? Washington put the non-exclusive franchise tag on Cousins, which means he can negotiate with another team, provided that team is willing to give up two first-round draft picks for him. 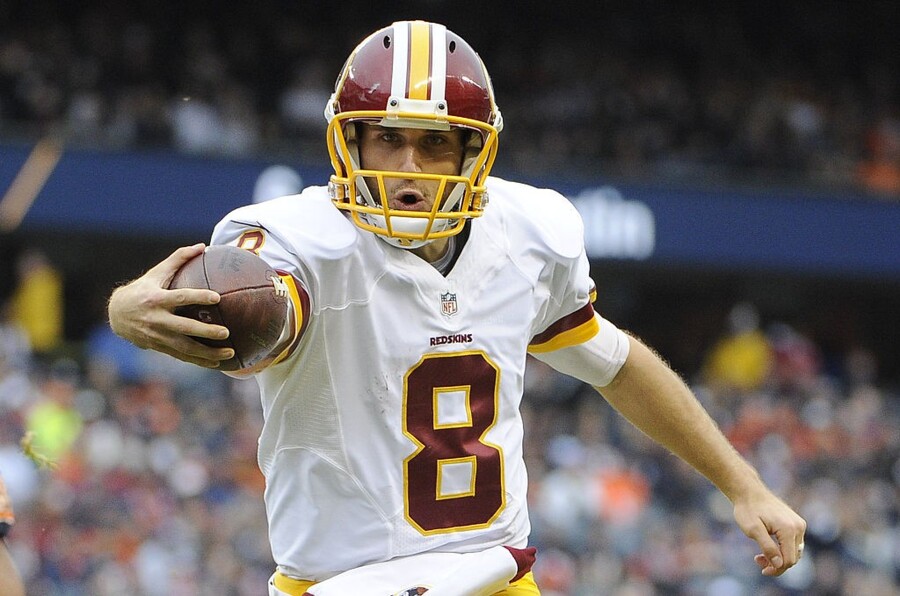 In the past decade, four quarterbacks have been tagged. Three of them – Peyton Manning, Drew Brees and Michael Vick – signed long-term deals the same off-season they were tagged. The only other QB to be tagged in the previous 10 years was Matt Cassel in 2009, and that was by a New England team that had no intention of keeping him and only wanted to use him as trade bait.

It makes sense. After all, a team wouldn't put a non-exclusive tag on a quarterback they truly believed was their franchise's future. The risk of losing that player for two draft picks is simply too great.

There's reason to have doubts. Though Cousins did have statistically his best season this past year, completing nearly 70 percent of his passes for 4,166 yards, 29 touchdowns and 11 interceptions, he did it against subpar competition. Washington didn't win a single game against teams with a winning record this season, and Cousins is just 11-14 in his career as a starter.

It's a good move for Washington, too. With general manager Scot McCloughan calling the shots, we aren't seeing any outrageous deals, like when the team handed $100 million over to Albert Haynesworth, who horribly underperformed and is considered one of the worst free agent signings in NFL history.

Sure, Cousins will make $19.953 million this upcoming season, a higher base salary than every other quarterback in the league. But it'll give Washington another year to see if he's truly their guy.

If he is, great – he'll be signed to a lucrative long-term deal, and both sides will be happy. But if Cousins regresses back to become the inconsistent quarterback he was before the second half of this season? Washington can move on, and they aren't saddled by a crippling deal. That's something the franchise's fans are all too familiar with.