Life in the NBA sure is different than it used to be. Just 10 to 15 years ago, it was unheard of for a player to express interest in joining a new team a year (or more) in advance. Sure, players swapped uniforms during free agency. But while they were on the roster of one team, that's where their priorities sat, at least in the public eye.

Nowadays, with social media, entourages, and just a whole lot more accessibility in general, players are far more open about their desires. For the past several months, Kawhi Leonard has said he's only going to play for either the Los Angeles Lakers or Clippers, even though he's still under contract for one more year. Similarly, a year ago, Paul George just about said he was going to join his hometown Lakers this summer.

Despite George's proclamation, the Oklahoma City Thunder still traded for him. The Thunder gave up two promising young players in Victor Oladipo and Damontas Sabonis in the process.

Teams all around the league questioned the Thunder's move. Why would the team take a one-year rental of a player, knowing he planned to leave at season's end? 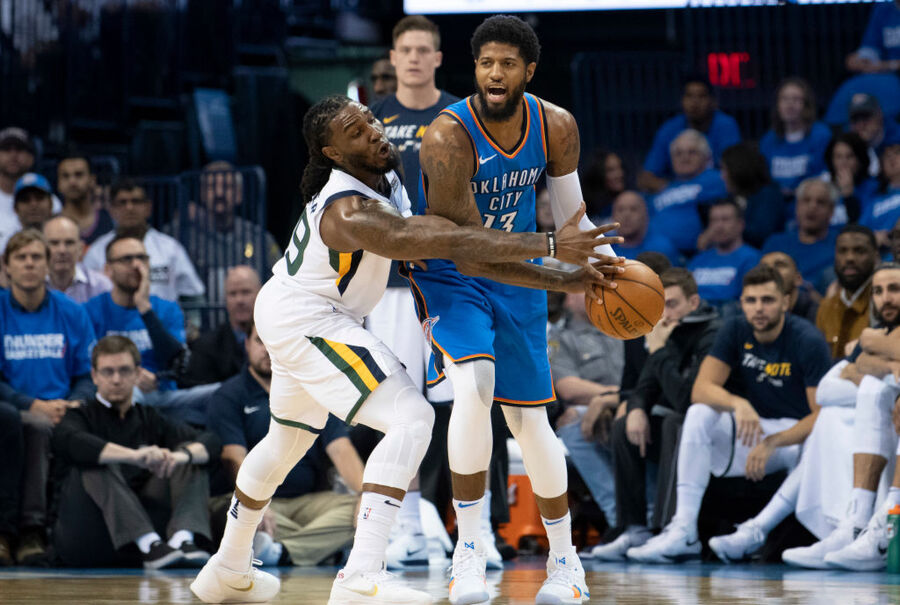 As it turns out, the Thunder may have just changed how the league operates.

Even though the Thunder lost in the first round, George re-signed for four years and $137 million. He didn't even meet with the Lakers.

The Thunder bet they could convince George to stick around. From the day they acquired him, they made him feel appreciated. They wanted him to buy into the team's culture and embrace those around him. It was a tremendous gamble, but it paid off in a big way.

Leonard is reportedly unhappy about the idea of playing in Toronto. However, the Raptors believe their city and franchise culture can persuade him to stay for more than a few months. And in acquiring Leonard, the Raptors managed to dump DeRozan's hefty contract. Even if Leonard leaves in the summer of 2019, Toronto will be better off financially than they were this offseason.

Maybe Leonard does just stay one year in Toronto before leaving for Hollywood. But the Raptors had to take a chance – and it could change the course of their franchise.

If the Raptors do convince Leonard to stay past next offseason, we'll see even more teams gambling on one-year rentals.

Guys like Jimmy Butler and Kyrie Irving will be free agents next season. Though they haven't expressed a desire to play in a certain city, a team would still be taking a gamble in acquiring them.

As the Thunder have shown, having the right culture in place is important. Thanks to their gamble, the NBA has a whole new game plan for approaching soon-to-be free agents.