Just when it seemed like the Antonio Brown saga had quieted down…well, we've got some more noise for you. After a tumultuous offseason that included Brown skipping out on practices due to both displeasure with his helmet and frostbitten feet, the Raiders' new receiver was on thin ice. And now, he's on the suspended list.

Per NFL Network's Ian Rapoport, Brown and Raiders GM Mike Mayock got into a "screaming match" during practice. That led to the Raiders reportedly suspending Brown from team activities.

If Brown were to miss a game due to suspension, it could void $30 million in guaranteed money from his contract. The longest the team could sideline him is four games. The Raiders' first contest is on Monday against the Denver Broncos.

The receiver voiced his displeasure by posting a letter from the Raiders to his Instagram account. The letter detailed $53,000 in fines the team imposed on Brown after he missed practices this offseason.

Antonio Brown posts his displeasure with fines from #Raiders pic.twitter.com/0OMhdwFu7K

Brown has been among the league's leading receivers over the past half-decade. He posted 100 catches and 1,200 receiving yards in six straight seasons, the first player ever to do so. He also made four All-Pro teams in a row, from 2014 to 2017. 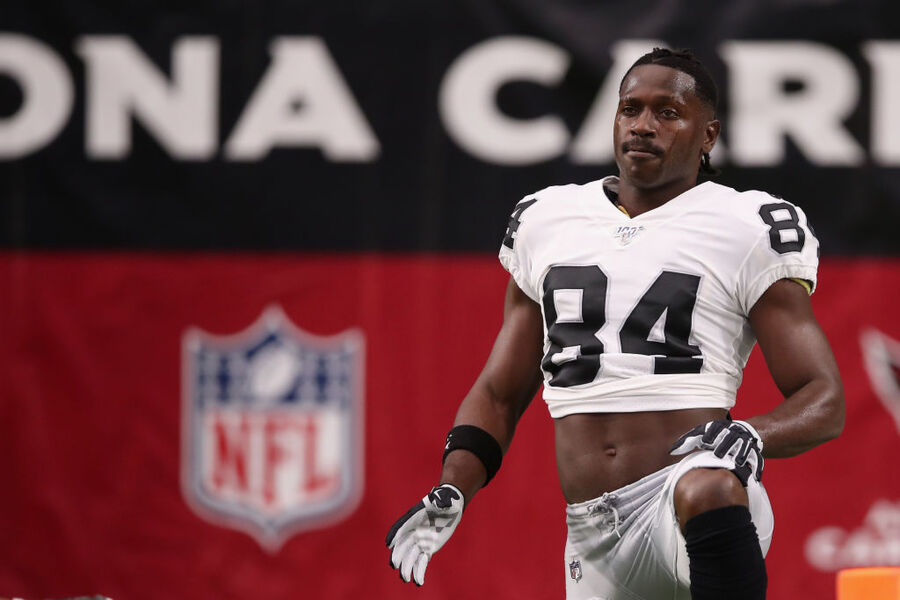 However, it seems like his new team is already growing tired of his behavior. Oakland traded a 2019 third and fifth-round pick to acquire Brown from the Pittsburgh Steelers. Though he had lots of on-the-field success, Brown butted heads with both other players and management, culminating in him sitting out the final game of the 2018 season.

Now that he's a Raider, things don't appear to be much different. We'll see how long the team keeps him suspended, but if Brown doesn't want to lose $30 million, he should shape up quickly.

And, just like that, there's another update to this story. The Raiders officially released Antonio on the morning of September 7. Within hours of being released Antonio announced that he had signed a 1-year $15 million deal with the Patriots. Was this the plan all along? Was this some roundabout way of Antonio to get off a low-prospect team and on to what might be Tom Brady's last year in the NFL?

My head is spinning.