Even In The 1970s, The NFL Commissioner Was Paid More Than A Lot Of The Players

It is not unusual for kids to look at professional athletes like Peyton Manning, Kobe Bryant, and Mike Trout and think about how great it would be to make the kind of money they do, just to play a game they love. However, if they really want to make some serious money, they may want to dream about becoming the next NFL commissioner.

Since 2005, current NFL commissioner, Roger Goodell, has made $180.5 million. Only two players (the Manning brothers) have made as much during their entire careers. Both of their careers are winding down, though, while Goodell's reign as commissioner has many more lucrative years ahead.

If those years are anything like his last couple of years, Goodell is going to make a fortune.

Some players may match or beat those numbers in contract years (thanks to signing bonuses), but only eight players are scheduled to make a base of $17 million in 2016. The average salary is closer to $2.1 million. It seems crazy for there to be such a wide gap between the two, but historically, that is nothing new. The commissioner has always been paid more than the players. 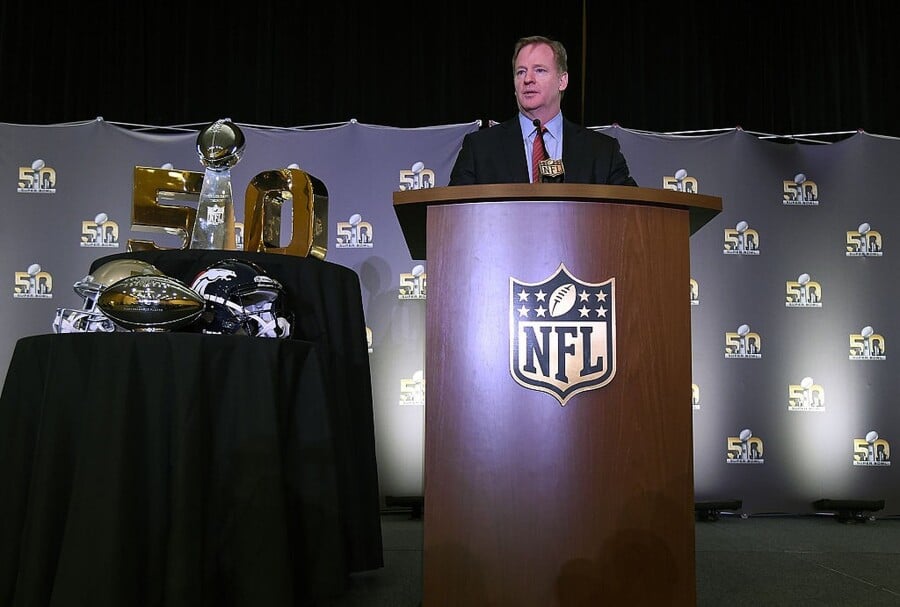 The players have had to fight pretty hard over the years to get salaries where they are today. In 1970, when the Players Association was first recognized, a league minimum of $9,000 for rookies and $10,000 for veterans, was established. The average salary in 1975 was $56,000.

As for the high end of salaries, data is not as readily available for the early days of the league like it is now. However, if it only took $3 million for the upstart World Football League to succeed in luring away three stars from the Miami Dolphins (Larry Csonka, Jim Kiick and Paul Warfield), the high end for salaries in the NFL could not have been too impressive.

How did this compare to the commissioner's salary? In 1974, then-commissioner Pete Rozelle signed a contract that paid him $200,000 a year for the next ten years. When Joe Namath was drafted in 1965 he was given a three-year deal for $427,000, which was considered scandalous at the time.

The owners justify this by pointing out how much revenue has increased during Goodell's tenure. To be fair, he has been kept busy finding new revenue streams, and the new television contracts are ridiculously lucrative. Revenue has grown considerably under Goodell, and is expected to be over $13 billion for the 2016 season.