Aaron Judge's 2022 season was one for the record books. He set a new American League high for single-season home runs with 62 and came just shy of winning the Triple Crown. Though the New York Yankees ultimately fell short of a World Series title, Judge took home the 2022 AL MVP award and led the league in several batting categories.

Now, the Yankees are offering Judge a deal that would pay him more annually than any position player in MLB history.

According to ESPN, the Yankees have extended an eight-year deal "in the neighborhood" of $300 million, which would be $37.5 million per year. The San Francisco Giants are also courting the 30-year-old Judge, so the value of the contract could increase if the two teams get into a bidding war. 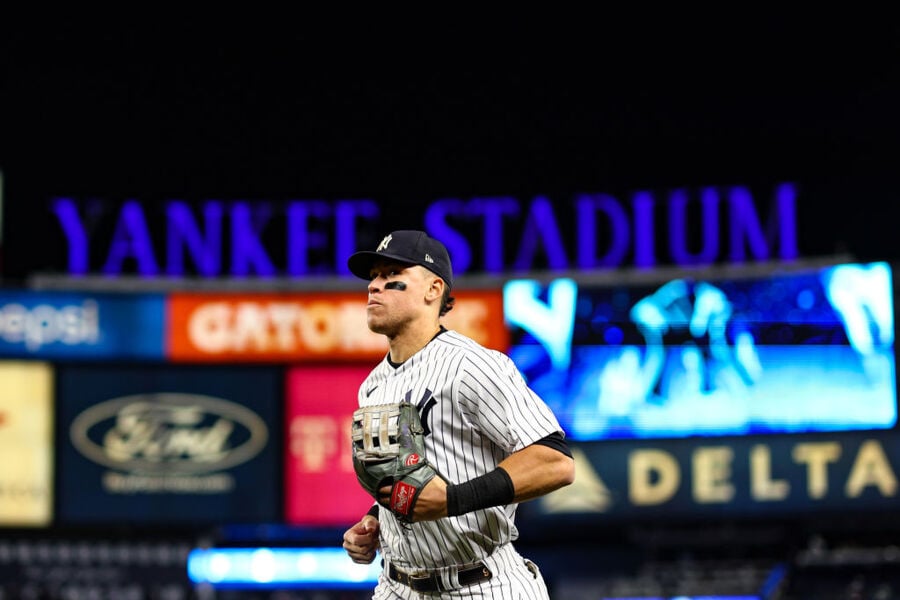 Currently, Max Scherzer has the highest annual salary of any baseball player. The New York Mets signed the pitcher to a deal last season that pays him $43.3 million per year. Among position players, Mike Trout's massive deal with the Los Angeles Angels ($35.5 million annually) is tops. Judge would surpass that by $1.5 million per year.

Before this past season, the Yankees offered Judge a seven-year deal worth $213.5 million, or $30.5 million per year. He turned down that offer to bet on himself, and it looks like that was the right move. He'll earn at least an additional $7 million each year through the end of the decade.

Since most of Judge's salary would fall in that highest bracket, he'd lose about $500,000 more per year to taxes playing for the Giants. He'd play half his games in San Francisco and additional games in Los Angeles and Oakland against the Angels and Athletics. He could also potentially face the Dodgers or Padres. All those games would be taxed at the California rate.

Over the course of the contract, Judge would likely forfeit more than $4 million in San Francisco. It might be a trivial amount in the grand scheme of things, but it could be the deciding factor.

Either way, Judge made a bet on himself and is about to score a massive payday because of it.