Spencer Dinwiddie only played in three games last season before partially tearing his ACL, an injury that took him out for the rest of the year. But he's hardly been resting on his laurels. Dinwiddie is fascinated by alternative forms of income, and he's explored plenty of options.

Most recently, he tried to advertise the cryptocurrency app Calaxy, a company he's invested in, on the Washington Wizards jersey. But the NBA turned him down, citing a conflict of interest. The league prevents players and owners from entering into business relationships together. 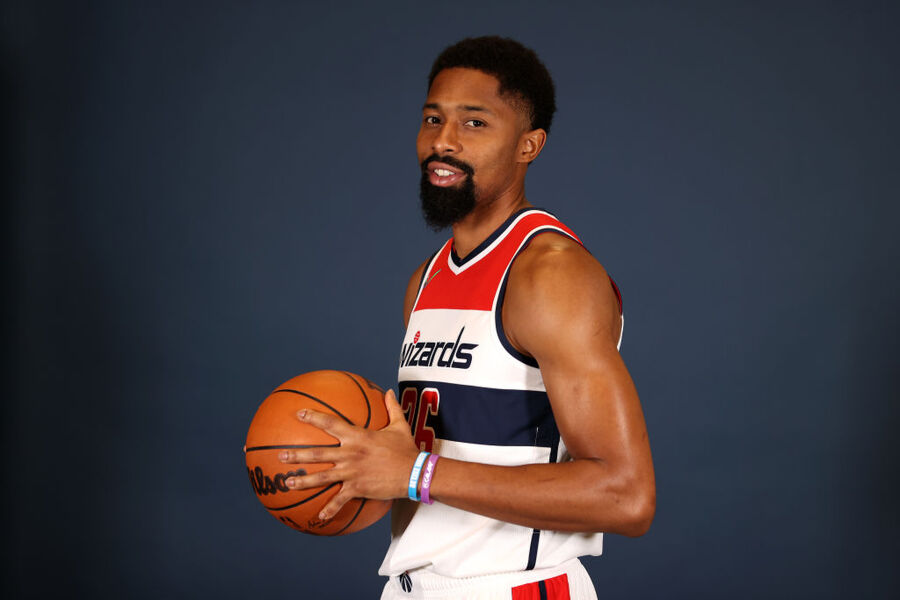 Dinwiddie confirmed the news on Twitter and at the Washington Wizards media day:

I can confirm this message. @CalaxyApp would've looked so dope on MSE family https://t.co/suxb0MWEKM

The new Wizards guard said he would have paid full price — $12 million — for the patch, which would go below the left shoulder on the team's jerseys. Being in a tech and government hotbed like Washington, D.C. is intriguing for Dinwiddie, though he's focused on basketball before anything else. He's set to make $17.1 million this season as part of a three-year, $54 million contract he signed last offseason as part of a sign-and-trade with the Brooklyn Nets.

The 28-year-old has already had several interesting financial moments throughout his NBA career. In 2019, he attempted to tokenize his contract with the Nets, worth $34 million. That would have been a first for an NBA player, with the majority of the money being paid upfront and investors being paid back over the duration of the deal.

However, the NBA doesn't let players transfer rights to their income, so Dinwiddie restructured his offering as a bond backed by business assets. Ultimately, Dinwiddie rose $1.35 million in tokens, which was 10% of his goal.

Last year, he offered fans the opportunity to pick his next free agent destination if they raised $24.6 million in Bitcoin. That didn't happen, but it was an intriguing potential outcome.

We'll see what company the Wizards end up putting on their jersey, though we doubt this is the last we'll hear of Calaxy and Dinwiddie's interest in the crypto space.