After giving Patrick Mahomes a $500 million contract, the Kansas City Chiefs are understandably looking to shed payroll in the coming years. And despite offering three-time All-Pro receiver Tyreek Hill a healthy extension, the team and player decided to part ways. The Chiefs let Hill request a trade, and…well, they didn't take long at all to make it happen.

The NFL Network and ESPN first reported the Chiefs are trading Hill to the Miami Dolphins. In return, Miami will send its first- and second-round draft picks this year, two fourth-round picks, and a 2023 sixth-round selection. Kansas City will also get about $20.4 million in salary cap relief.

The Dolphins promptly gave Hill a four-year, $120 million extension with $72.2 million guaranteed. No other receiver has ever made more money from a contract. Davante Adams, who the Green Bay Packers just traded to the Las Vegas Raiders, will reportedly make $28.5 million per year. That was the highest annual salary for a receiver, but it lasted for all of five days before the Dolphins offered Hill more per year. 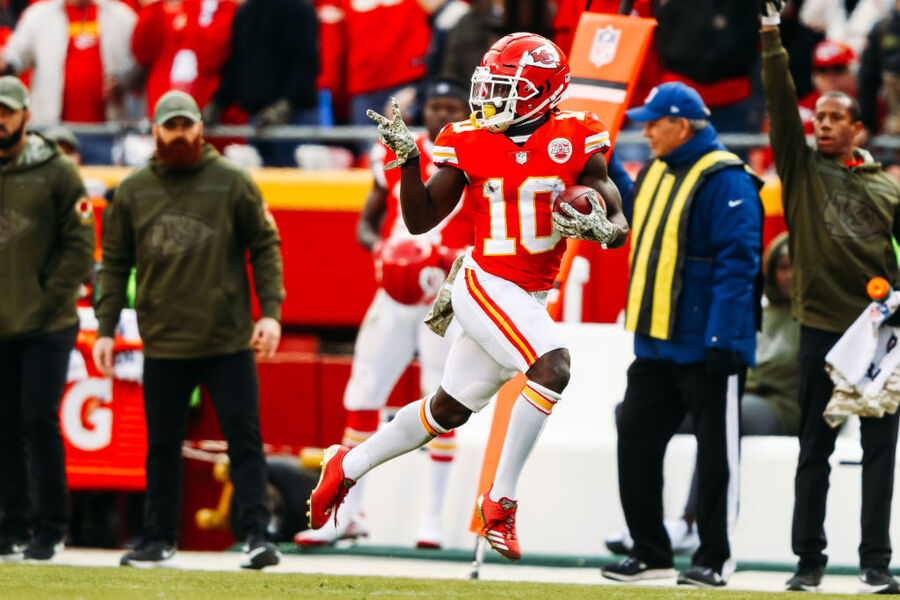 The receiver doesn't come to South Florida without controversy. In 2015, Hill pleaded guilty to domestic assault and battery by strangulation against his pregnant girlfriend. The couple gave birth to a son in 2015 and got engaged in 2018. The following year, Hill was investigated during an incident at home where his son suffered a broken arm, and the couple is now estranged.

Still, the Dolphins seem willing to take on any off-the-field issues to secure a star receiver. Hill joins an inconsistent receiving corps and immediately offers a deep threat. However, Hill will have to adjust to his new situation, too. Unless Tua Tagovailoa improves by leaps and bounds this season, it's going to be a drop-off from Mahomes.

The Dolphins are trying to overcome a tumultuous offseason. Shortly after firing head coach Brian Flores, the former coach filed a class-action lawsuit against the NFL, Dolphins, New York Giants, and Denver Broncos, alleging racial discrimination. The lawsuit also said Dolphins owner Stephen Ross pressured Flores to deliberately lose games. It's a bad look for the team, so they hope getting a flashy, highly effective player like Hill will help overturn some of that bad PR.

It's too early to tell what impact this will have on the Dolphins and their Super Bowl chances. For now, Hill is enjoying sitting atop the wide receiver mountain of cash.