The Match: Phil Mickelson Beats Tiger Woods For $9 Million Prize, Plus $400,000 In Side Bets

Over the weekend, Tiger Woods and Phil Mickelson faced off in a one-on-one, pay-per-view match billed as "The Match," notable for its impressive $9 million, winner-take-all prize. After being all tied up at 18 holes, Mickelson eventually took it home with a birdie on the 22nd hole as darkness loomed, snagging that $9 million jackpot in the process. Multiple unspecified portions of that prize have already been pledged to three different charities, but there was also a handful of prop bets making things even more interesting on the side. As per Golf.com, here's a rundown of all The Match's side action.

Earlier in the week, Tiger and Phil drummed up a little extra hype for The Match by putting down $100,000, then at Tiger's insistence, twice that, that Mickelson would score a birdie on the first hole. He had a nine foot putt to win the $200,000, but he missed it, so Tiger took it instead.

The next side bet came on the fifth hole at Shadow Creek, a straight closest-to-the-pin contest for $100,000. Mickelson won, allowing him to recoup half of the previous bet's loss. 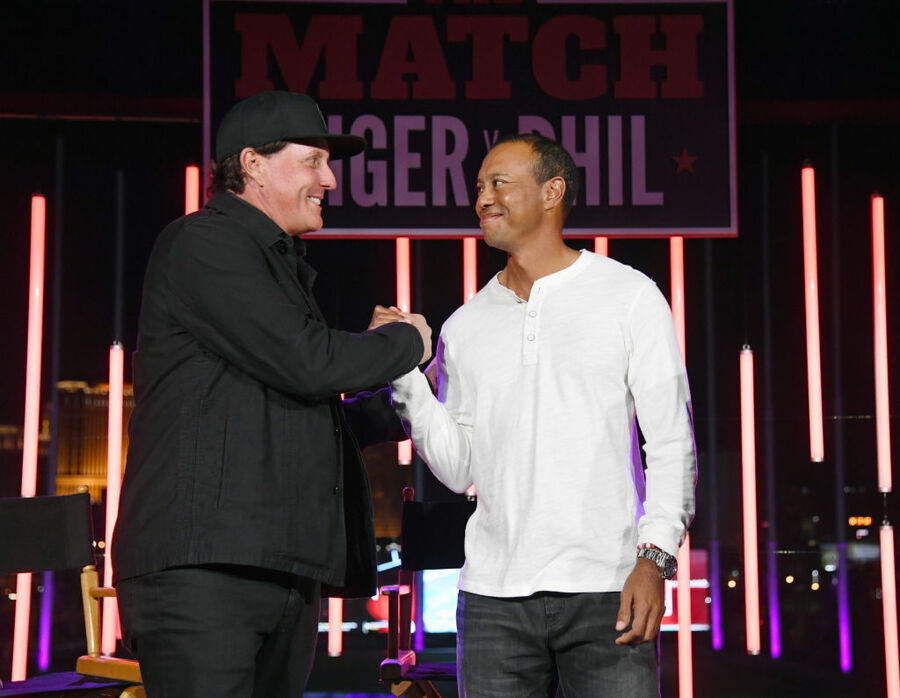 Next there was another closest-to-the-pin side bet, this one on the eighth hole, and once again Mickelson won, costing Tiger another $200,000 and putting the overall balance of the side-bets in his favor by $100,000, a trend that would continue throughout the match.

This was a side bet that got upped in the heat of competition, as it was originally a $1 million bet that would go to whoever could eagle the ninth hole. That would have required getting the ball in the hole on the second shot, and after a talking it over the two decided to "add a 0 to it," turning a $100,000 bet to a $1,000,000 one. Unfortunately for lovers of seven-figure action, neither Tiger nor Phil really came close to scoring an eagle on the hole.

The final side bet of "The Match" was another closest-to-the-pin contest, this one for $300,000. And once again Mickelson won, in what was possibly an omen regarding the ultimate outcome of the contest.

Altogether, in addition to the $9 million main prize, Mickelson went home with another $400,000 of Tiger's money.