When Mike Trout inked a 12-year, $430 million deal to stay with the Los Angeles Angels, he immediately made history. That amount is – by far– the largest guaranteed sum that a professional athlete has ever received. Trout's average salary will be close to $36 million.

It's a big responsibility: if you really want to overdramatize things, Trout has essentially been tasked with saving baseball. The Angels will look to return to prominence with him, and his re-signing is a major move in a summer where star free agents have seen their contract negotiations drag out.

While Trout is now officially the highest-paid athlete in the world, he's hardly the only one making a ton of money. Let's take a look at the ten biggest contracts in professional sports history. Note that these deals have to be officially cited, so soccer stars like Lionel Messi won't make the cut, since their official contract deals have never been confirmed. We're also only looking at contracts that were guaranteed – this doesn't take into account any performance or promotional bonuses.

The 15 Largest Sports Contracts Of All Time:

Patrick Mahomes won the NFL MVP award in 2018. The following season he won both the Super Bowl AND Super Bowl MVP. Perhaps not surprisingly, those accomplishments made the Kansas City Chiefs EXTREMELY eager lock their 24-year-old star QB up long term. Initial predictions assumed his extension would top $250 million. That predicution ended up being true but it was also off by an incredible amount. On July 6, 2020 it was announced that Patrick signed a 10-year $503 million deal with the Chiefs. It is the first professional sports contract to crack the half-billion mark.

The 10-year extension includes $477 million in guarantee mechanisms, plus the ability for Mahomes to get out of the contract if those mechanisms aren't exercised.

The contract also has a $140 million injury guarantee. So if he had a career-ending injury on day one of his first season, he would still earn $140 million.

Fun Fact: Alex Rodriguez has TWO record contracts on the list below. The first record contract A-Rod set came in 2000 when he signed a 10-year $252 million deal with the Texas Rangers. One of Alex's Ranger teammates at the time was Patrick Mahomes Sr, a pitcher. Patrick Jr would have been around six years old at the time. Imagine telling that six year old (and his father) that in almost exactly 20 years, you'll sign a contract TWICE as valuable as A-Rod's… 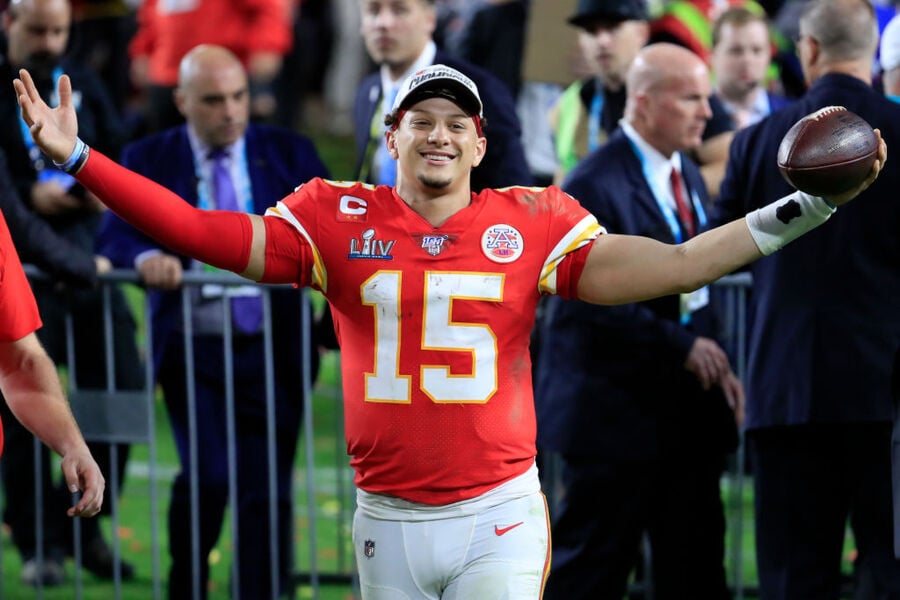 Since becoming a full-time major leaguer in 2012, Trout has made seven All-Star teams and won two AL MVP awards. However, it hasn't translated to much team success. The Angels have made the playoffs just once in that span, getting swept during the 2014 postseason. Trout will have to lead the Angels on multiple deep playoff runs to truly make this a worthwhile deal. It's probably not fair to put so much weight on one player's shoulders, but then again, no one's ever made this much money before. 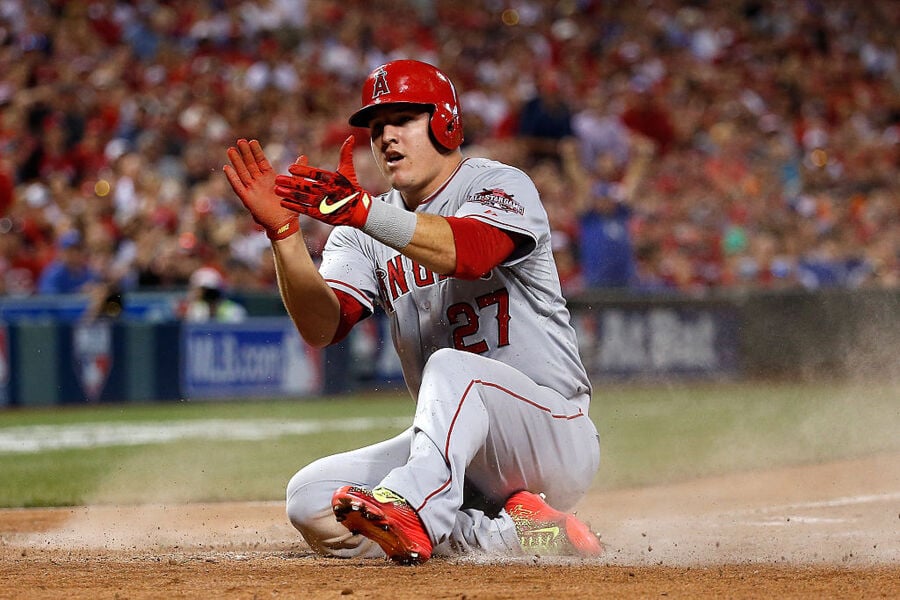 Trout may hold the record for most overall money, but Alvarez blows him out of the water when it comes to annual salary. The boxer signed a five-year, 11-fight deal last October with the streaming service DAZN. The contract will pay him a whopping $73 million per year, with each fight being worth about $33.18 million.

After Harper signed his deal, it was only a matter of time before his buddy Trout got a major extension, too. Harper's free agency saga dragged out for nearly the entire offseason; he signed just about a month before Opening Day. Eventually, he left Washington to join an NL East rival. The Phillies made back-to-back World Series appearances in 2008 and 2009, but haven't had a winning record since 2011. Harper is expected to immediately help turn the team's fortunes around.

This is the largest contract on this list that wasn't signed within the past year. Stanton re-signed with the Marlins on this massive deal but was dealt to the Yankees just two seasons later. That means the Bronx Bombers are picking up the majority of the tab on Stanton. However, if Stanton doesn't opt out of his contract after the 2020 season, the Yankees will receive $30 million in salary cap relief from the Marlins.

The three-time All-Star pitcher played for four seasons for the Pirates from 2013-2017 then two seasons with the Houston Astros from 2018-2019. Ahead of the 2020 season Gerrit signed a 9-year $324 million monster contract with the Yankees.

Remember when Machado had the biggest deal of the 2019 MLB offseason? Seems like so long ago. The Padres have struggled mightily in relative anonymity for the past decade, so signing a star like Machado is a huge deal. There's a catch, though: Machado can opt out after five seasons. If he doesn't like the state of the team at that point, the Padres will lose him for nothing.

A-Rod opted out of his existing deal in 2007 to sign a 10-year, $275 million extension with the New York Yankees. The end of Rodriguez's career was marred by injury and scandal. And throughout his stay, he was a polarizing figure in New York, especially playing next to hometown hero Derek Jeter. But Rodriguez did collect his only World Series ring during this contract, helping the Yankees beat the Phillies in 2009. It's the franchise's last World Series victory.

Arenado is no stranger to the long ball, having hit at least 37 home runs the past four seasons. While critics may say it's because he plays half of his games at Coors Field, the Rockies were still smart to lock him up. In addition to four All-Star appearances, Arenado is a defensive wizard. He's won a Gold Glove every season he's been in the league.

Rodriguez is the only player to appear twice on this list. This deal in 2000 set the bar for massive MLB contracts. He ultimately only spent three years with the Rangers, winning the AL MVP award in 2003 but failing to make the playoffs during his tenure with the team. The Rangers traded Rodriguez to the Yankees before the 2004 season. Four years later, he signed a new (at the time) record-setting deal to stay in New York.

Cabrera's contract is a bit different than some of the others on this list in that it kicked in after he was past his prime. In 2014, the Tigers offered their star first baseman an eight-year extension starting in 2016. Cabrera was 33 when the deal began, and he'll be in his forties when it ends. Injury is also a risk – Cabrera spent most of 2017 playing with two herniated discs in his back, and played just 38 games last season due to hamstring and biceps injuries.

In 11 seasons with the St. Louis Cardinals, Pujols made nine All-Star teams and won three MVP awards. He also led the league in runs scored five times, slugging and on-base percentage three times each, home runs twice, and batting average once. Since signing this deal with the Angels in 2012, Pujols has made just one All-Star team, in 2015. And the only statistical categories he's led the league in? Grounding into double plays, which he's done twice (in 2014 and 2017). Pujols also hasn't hit higher than .285 since joining the Angels. He's still a future Hall of Famer, but it'll be largely based on what he did before signing this contract.

Before the 2014 season, Cano signed this deal with the Mariners. He turned down a seven-year, $175 million contract to stay with the Yankees. Cano did make three All-Star appearances in five seasons with the Mariners, but he was suspended 80 games last year for the use of performance-enhancing drugs. The Mariners traded him to the Mets this offseason. Cano promptly hit a home run in his first at-bat with his new team.