Headed into the 2021-22 season, the Brooklyn Nets were among the favorites to win the championship, or at least to make it out of the Eastern Conference. They were getting a full season of Kevin Durant, Kyrie Irving, and James Harden, a trio that appeared to rival just about any other in the league.

But things unraveled quickly. Irving refused to get the Covid-19 vaccination, a decision that made him ineligible to play in any games that took place in New York. That meant every home game, plus two contests against the Knicks in Madison Square Garden. In total, Irving only suited up for 29 games for the Nets.

Harden, annoyed by Irving's unavailability to be with the team, requested a trade. The Nets made a major deal with the Philadelphia 76ers to bring in Ben Simmons, who hadn't played a single minute in Philadelphia after a chaotic off-season. Simmons joined the Nets with expectations to play toward the end of the season or in the playoffs, but ultimately never suited up for Brooklyn, either. 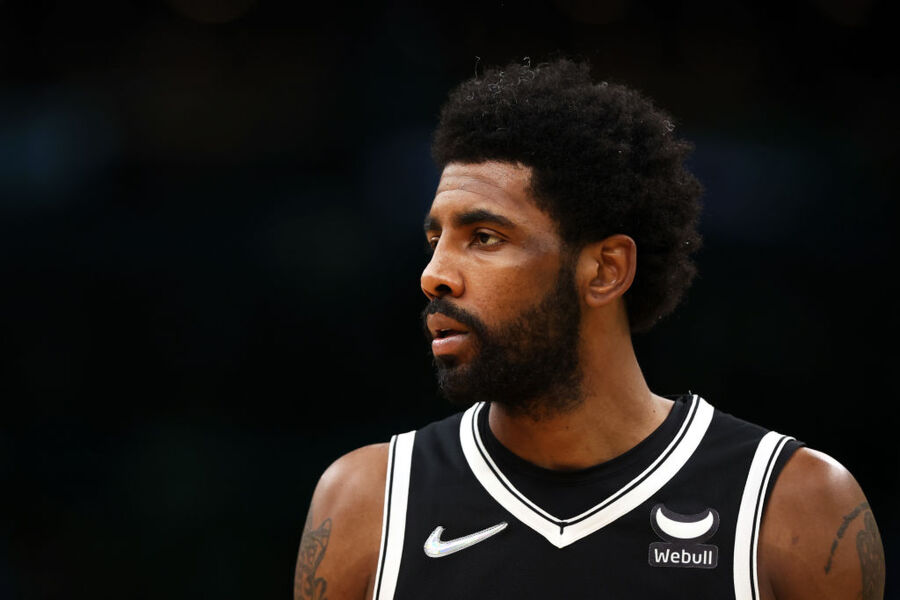 The Nets made the playoffs but were unceremoniously swept by the Boston Celtics, who went on to represent the Eastern Conference in the NBA Finals. Boston lost in six games to the eventual champion Golden State Warriors.

Now, the real fun begins. The Nets have to decide what they're going to do with Irving. The Athletic's Shams Charania reported contract talks between the two parties have grown stagnant. The Nets are hesitant to offer Irving a long-term deal because…well, he has the potential to miss more than half the season. It's tough to give max money (or something close to it) to a player that's not fully available. The media circus that followed the Nets all season certainly doesn't help, either.

Yet the decision isn't fully in Brooklyn's hands. Irving has a $37 million player option, which he can opt into to spend one more year in Brooklyn. He could also opt out of the contract and become a free agent. Or Irving can opt into the contract and get dealt to another team in a sign and trade. Finally, Irving could opt out and sign a longer extension with Brooklyn, though that seems like the least likely path at this point.

Part of Irving's decision may come down to Durant. The friends joined the Nets in 2019 with the goal to win championships together, but it hasn't panned out that way. Though they're still close, some reports seem to indicate Durant could possibly be growing tired of Irving missing so many games. If he's had enough, he might express that displeasure to the front office, who would likely try to deal Irving in a sign and trade to get something back in return.

If Irving leaves for nothing, it could mean Durant tries to get out of Brooklyn, too. He wants to forge his own path to win championships, but if the team isn't surrounding him with the right talent, he could very well seek a ring elsewhere.

And in a wild full-circle moment, we might see Irving team up with LeBron James once again. The Los Angeles Lakers are reportedly among the teams interested in Irving, alongside the Los Angeles Clippers and the Knicks. All three would have to clear cap space to sign Irving, which means getting rid of other players.

Irving and James had a tumultuous relationship in Cleveland. They won a championship together in 2016, but things quickly turned south as Irving wanted to lead a team on his own. The Cavs traded him to the Celtics, where he spent two seasons before leaving to sign with the Nets.

It's going to be a fascinating free agency period — for Irving, Durant, the Nets, and the entire league.