Think back to your childhood. Was there anything sweeter than opening up a pack of baseball cards? Some kids kept them in pristine binders or cases, only touching them with gloves and using the utmost care. Others traded them with their friends, trying to collect as many as they could. They make great bike decorations, too – toss a card in between the spokes, and people can hear you coming from a mile away.

One of the most popular trading card companies is Upper Deck. They do it all: baseball, basketball, football, hockey, even racing. And when they were founded in 1988, they were entering an industry that grew to $1.5 billion within four years. It's also when they made what their CEO at the time called "the worst deal it had ever done."

DeWayne Buice was, by any measure, an unspectacular major league pitcher. He had only been in the big leagues for three years, from 1987-89. Two of those seasons were with the California Angels; for his career, he finished 9-11, a 4.23 ERA, and a 2.18 strikeout to walk ratio. Not the worst numbers, for sure, but nothing that would warrant Hall of Fame status. His contracts were modest, too: he made $212,500 over his three seasons.

However, Buice is someone Upper Deck will never forget. And why would they? They ended up paying him $17 million. 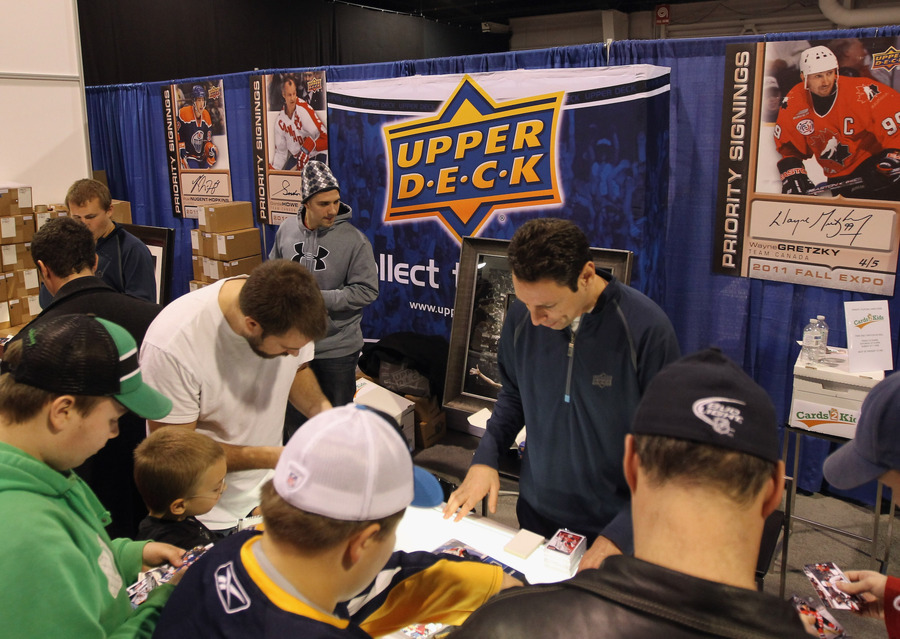 Let's jump back to November 1987. Buice had just made it to the major leagues, and was in search of Chinese food around Anaheim Stadium. Down the street, he wandered into The Upper Deck, a trading card shop. There, he met Bill Hemrick, the owner. The two became fast friends, and soon, business partners.

Hemrick and another partner, Paul Sumner, wanted to start a trading card company. But they had been unable to score a deal with the Major League Baseball Players Association (MLBPA); without that deal, Hemrick and Sumner couldn't use players' names and likenesses on their cards. Kind of a crucial point.

Buice was the pair's best chance at securing a license. Though his only interest in baseball cards was being on one, he was promised a 12 percent stake in the company if he could help get a deal with the MLPBA.

Four months later, Upper Deck incorporated. In late 1988, they received the license, and in 1989, they started making cards. Buice was a big reason why. And the cards were known as "Cardboard Gold" amongst Upper Deck employees. It made sense–cases sold for $300, and you could make multiple thousands from selling them on the secondary market. It was also hard to counterfeit the glossy cards, as they had holograms printed on each one.

When Buice retired in 1989, he had made $2.8 million from his deal with Upper Deck. But with how well the cards were selling, he thought he was entitled to even more. He sued Upper Deck executives, and after a battle for his stake was settled in court, he ended up with $17 million. That's the same as $32 million in today's dollars.

How bad was the deal for Upper Deck? An executive said "The Buice Payment" was a line item included on the profit-and-loss statement each month. The initial plan was to pay Buice his earnings in a four-year period, but when the MLB strike happened in 1994, Buice agreed to a six-year deal instead.

Business was slow in 1995 and 1996, as fans were still weary of the lingering effects of the baseball strike. The executive said Upper Deck had to sell cards out of the back door in order to pay Buice. Oftentimes, the entirety of the company's profits during those years was going to Buice.

Finally, in 1998, Upper Deck cut its last check owed to Buice. To celebrate, everyone was given a half day, and the company hosted a party at its headquarters. It's safe to say they were excited to be done with what CEO Richard McWilliam said was the worst deal the company has ever done.