Before this year, the last time a team won the World Series at home was in 2013. That span included the Houston Astros' 2017 title (a Game 7 victory on the road over the Los Angeles Dodgers) and defeats in 2019 (a Game 7 home loss to the Washington Nationals) and 2021 (in Game 6 at home against the Atlanta Braves). For a brief moment, it looked like the trend could possibly continue. Kyle Schwarber had hit a home run, and the Philadelphia Phillies took a 1-0 lead in the sixth inning during Game 6 at Minute Maid Park.

But the Astros weren't going to let this one slip away. Yordan Alvarez drilled a 450-foot, three-run home run in the bottom of the sixth inning and the Astros never looked back. As they secured the final out of their 4-1 victory, Houston fans everywhere started celebrating. 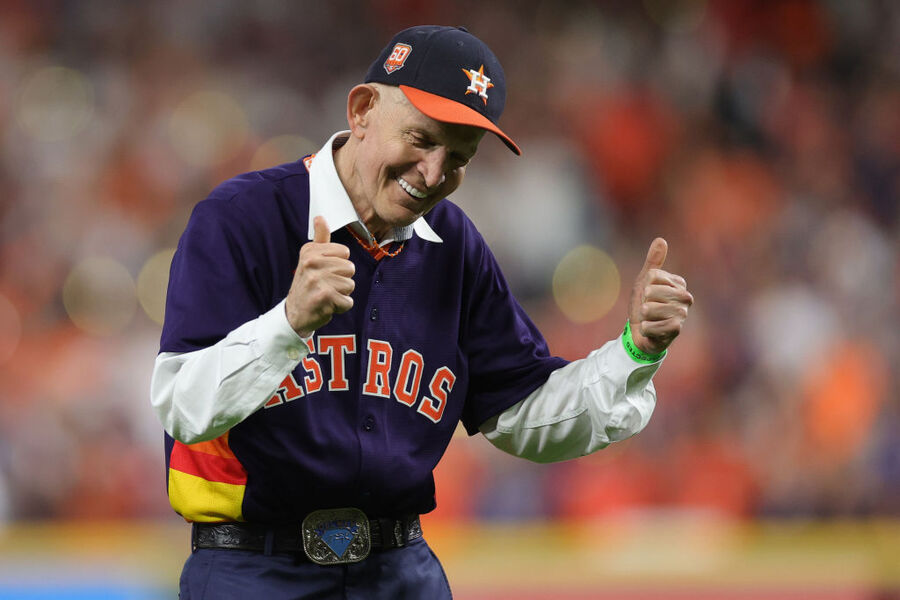 Earlier in the postseason, Jim "Mattress Mack" McIngvale made a series of bets on the Astros to win the World Series. Though Houston dropped two of the first three games in this series, they stormed back to win the final three. With perhaps the deepest bullpen in baseball, the Astros gave up only three runs total across those final three games, which included a four-pitcher no-hitter in Game 4. It's only the second time in World Series history we've seen a no-hitter.

Mattress Mack isn't getting off scot-free, though. He makes his bets as part of a promotion for his Gallery Furniture stores throughout the Houston area. If fans bought at least $3,000 worth of certain furniture or sleeper sets, they got their money back.

It's highly doubtful that Mattress Mack sold more than $75 million of furniture, so he's likely coming out well ahead on his bets. That probably still rings true even after factoring in the part of the promotion where he'll give people DOUBLE their money back if they purchased furniture during the ALCS.

McIngvale might use some of his winnings to continue his philanthropic efforts. He's donated millions of dollars to charities and nonprofits, and he aided and housed hundreds of displaced people during Hurricane Harvey in 2017. Back in 1983, he started a Christmastime furniture giveaway to families in need; he continues that giveaway to this day.

Something tells us this won't be Mattress Mack's last time betting on a sporting event. It probably won't even be his biggest victory when all is said and done. But for now, this has to be his sweetest victory yet, from throwing out the first pitch to celebrating with fans — and making a ton of money.