Even casual fans can identify some of the top players in the NBA today. Guys like LeBron James, Kevin Durant, and Steph Curry are the faces of the league and are plenty involved in business and entertainment endeavors off the court, too. But the less obvious inner workings of the league are just as interesting.

For example, contending teams often look to trade players on bad or expiring contracts. And the Memphis Grizzlies have become a destination for those players. Teams send the expiring or hefty contracts to the Grizzlies for cap relief, who in return send draft picks or another role player that can help the other team in the more immediate future.

The Grizzlies frequently don't keep the players they receive, though. Memphis has paid $34.5 million to four players over the past three seasons to go away. And a fun trend has developed: each of those four players has ended up on the Los Angeles Lakers. 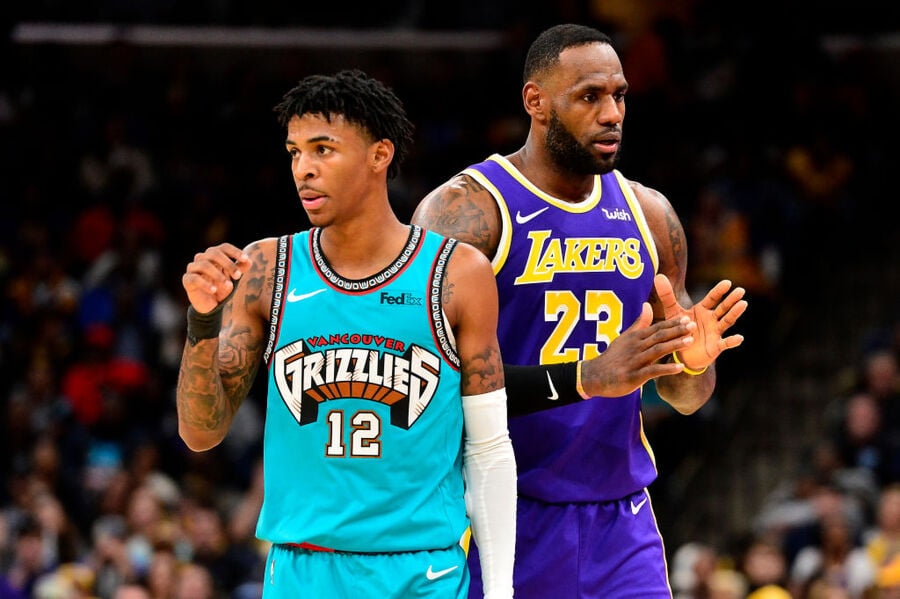 In fact, the Grizzlies have subsidized nearly 13% of the Lakers' roster over those three seasons. They've paid Avery Bradley, Dwight Howard, Dion Waiters, and Rajon Rondo to leave the team. According to capologist Yossi Gozlan, the Grizzlies paid $34.5 million while the Lakers paid just $10.4 million to roster these four players.

Waiters' deal is the most egregious of the bunch. He was on the Grizzlies for a mere three days, but they paid him $12.1 million during the 2019-20 season and then $12.5 million last year, even though he had been waived the season before. The Lakers paid him $500,000 despite Waiters playing in only seven regular-season games. Waiters did score a championship out of the deal, so he's probably okay with how things turned out.

Memphis is certainly not a free agent destination, so the team has to build through the draft and trades. In many cases, that means overpaying or taking on these contracts to get a player they actually want. For instance, the Grizzlies traded Andre Iguodala, Jae Crowder, and Solomon Hill to the Miami Heat primarily to get Justise Winslow, though they also had to take on the contracts of Waiters and James Johnson, too.

The gamble didn't pay off; the Grizzlies just declined Winslow's team option this season after he played in only 26 games for them. He joined the Los Angeles Clippers in free agency, fittingly also finding his way to L.A.

The Grizzlies are an exciting team, led by future superstar Ja Morant. But as they look to grow, they'll have to spend a lot of money — and sometimes, that money is going to players who are no longer on the team.