The Golden State Warriors' season ended in shambles. In their final two games, they lost Kevin Durant to an Achilles injury and Klay Thompson to an ACL tear. On top of that, the visiting Toronto Raptors won Game 6, securing an NBA championship on the last game ever played at Oracle Arena. Certainly not the storybook ending Golden State was going for.

Still, the Warriors know they've got a great situation going – and they're willing to pay to keep it together.

Golden State reportedly plans to offer both Thompson and Durant five-year max contracts when free agency opens. Thompson would make $190 million and Durant's contract would be worth $221 million.

Steph Curry – who signed a $201 million extension in 2017 – currently has the team's largest deal.

Curry's contract and the potential extensions of Durant and Thompson are expensive, but the NBA's luxury tax makes them even more pricey. 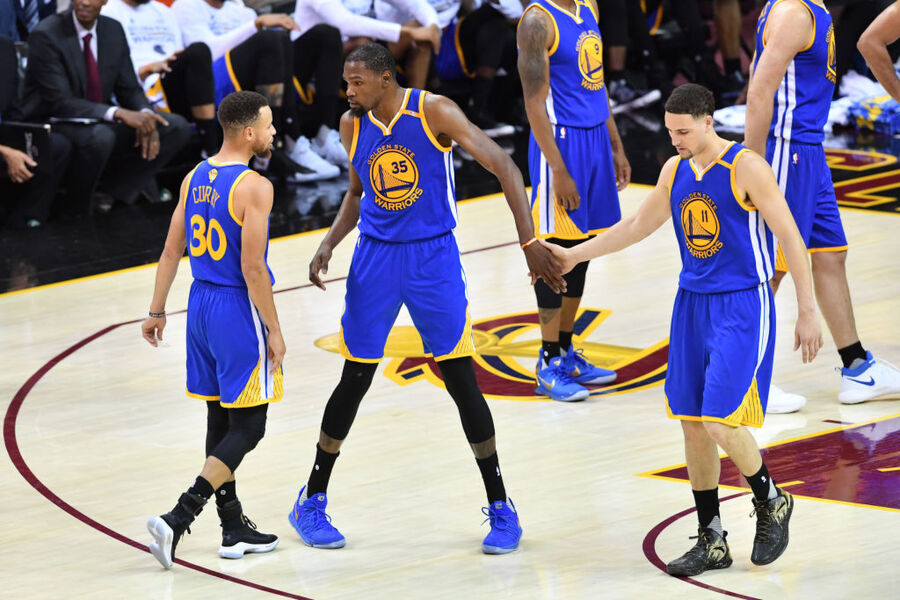 Under current NBA rules, a team can go over the salary cap to re-sign players already on the roster. However, the team pays a tax for every dollar spent. Prior to 2011, teams paid a dollar for every dollar they were over. A $12 million player would, in essence, cost $24 million.

But after the new collective bargaining agreement, teams now pay a tiered amount, dependent on how much they're above the cap. That $12 million player would now cost $42 million.

You can see how it all adds up quickly. And according to ESPN's Bobby Marks, the Warriors would be the most expensive team in NBA history if they re-sign Thompson and Durant. Their payroll for the 2019-20 season would be $375 million, with more than $200 million of that coming from taxes.

The Warriors aren't concerned about those exorbitant costs, though. They'll be playing in the brand new Chase Center in San Francisco this season; the arena is projected to earn $200 million in revenue.

That would make the Warriors the highest-earning team in the league and would nearly offset their luxury taxes.

Free agency is always a wild time in the NBA. The Warriors are looking to keep things as consistent as they can – even if that means spending heavily.