The Pay Per View Numbers Are In: Here's How Much Floyd Mayweather And Logan Paul Made From That Ridiculous Fight

On June 6, Floyd Mayweather faced off against Logan Paul in what was one of the most-hyped sporting events of the last few years. As a fan of boxing and combat sports in general, I spent days swearing that there was no chance I would buy the Pay Per View. In an article I posted to CNW on the morning of the fight, I called the hype-fest a "blatant cash grab" and referred to anyone planning to buy the fight as a "stone cold sucker."

Then a few hours later, I bought the fight. Dammit. The hype got me.

I'm sure you've heard by now that the fight was pretty much a dud. I absolutely regret the purchase and will not be buying any future fights… I swear.

Logan took his best shot in the first 20 seconds of the first round and from that point on looked like he was on the last mile of a triathlon. Floyd did what Floyd always does. He ducked, danced and dodged. He landed precise punches that obviously hurt Logan, but never took a major swing that might lead to a knockout, which is what we all wanted and what would have made the purchase price worth it. Logan just held on for dear life until the final round.

In several interviews to hype the fight, Floyd Mayweather claimed he was easily going to make $100 million.

Had that happened it would have been his third-biggest career payday behind:

In order for Floyd to make $100 million, 4 million stone cold suckers would have needed to buy the fight. Had that happened, Logan Paul would have earned an additional $20 million on top of his $250k guarantee. 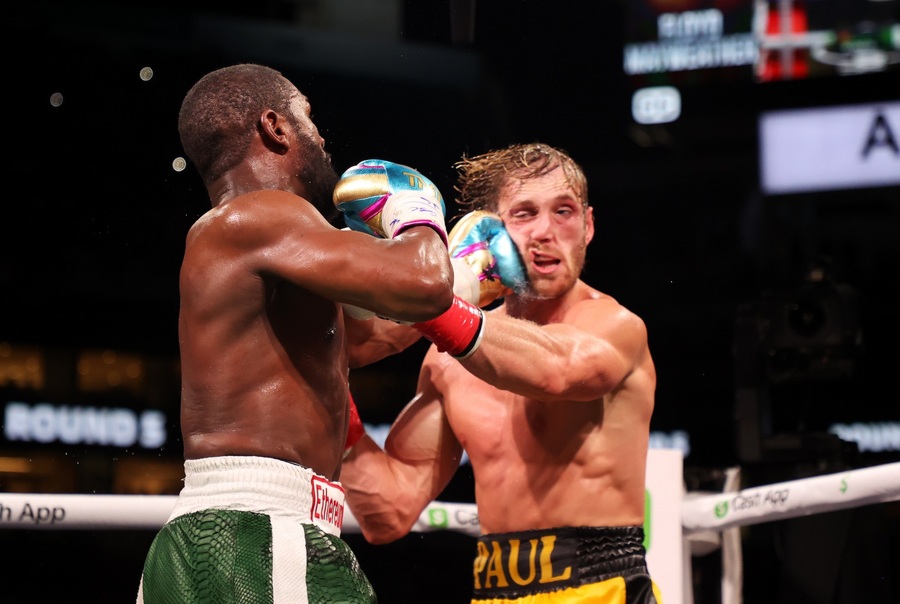 A number of outlets revealed this week that the fight generated approximately 1 million Pay Per View buys. Showtime has not confirmed that number, but UFC boss Dana White basically backed it up in an interview after UFC 263.

At 1 million buys, the fight generated around $50 million in total PPV revenue.

Floyd's 50% cut would be $25 million. When combined with his $10 million guarantee, Floyd likely earned around $35 million. An amazing payday, but quite a distance from $100 million.

Logan's 10% cut would be $5 million. Giving him total earnings of $5.25 million. Again, an amazing payday… but likely also not what he had been hoping for. Will Logan, who is now 0-2 in professional boxing, ever be able to draw a PPV crowd again? What's next? I think it's over.

There are now rumblings that Floyd will take on Jake Paul. If that happens. Mark my word. I swear on all that I hold dear that I will NOT order that fight. I swear. TBD.