Ah, summer. The time when hope springs eternal, memories are made, and NBA players get a ton of money.

This off-season, more than ever before, the league has seen an influx of ridiculous contracts. It's largely due to the salary cap increasing by more than 34 percent, from $70 million to $94.1 million in just one year. As a result of that exploding cap, teams are forced to spend more money. All teams must use at least 90 percent of the cap, or about $85 million. If your favorite team overspent on someone you're not a huge fan of, that's at least some of the reason behind it.

Of course, not every move is going to pay off. And yes, this is all speculation until the games are actually played on the court. But judging from players' and teams' track records, it's a pretty safe bet that these five free agent signings will go down as the worst of the summer of 2016.

This is the largest contract in NBA history. In fact, the only other players who had made more than $30 million in a season prior to Conley's deal were Michael Jordan and Kobe Bryant. Between them, they have 11 NBA championships, six MVPs, eight Finals MVPs, and 12 scoring titles. Conley's only professional accolades in nine seasons are making the NBA All-Defensive Second Team in 2013, and winning the NBA Sportsmanship Award twice, in 2014 and again this past season. There's also some concern over Conley's durability. He's only played all 82 games in a season once, and has missed nine or more games in four out of nine years.

This isn't to say Conley's a bad player. He's been the face of the Grizzlies franchise for the past several years, representing the "Grit'n'Grind" squad alongside Marc Gasol and Zach Randolph. He's a solid floor general and a quality point guard, though he's not a top-five point guard in the league, and he could arguably not even be in the top ten in that category. Yet his team is paying him more than anyone else is going to get paid this year. It's a tough pill to swallow for Memphis, but that's the reality of playing in a market that free agents simply don't flock to. 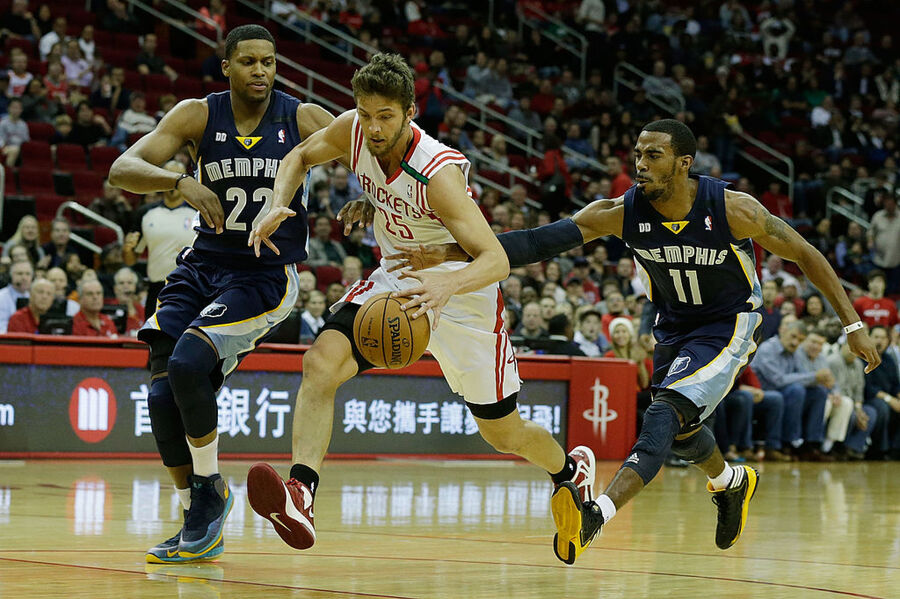 Sorry, Memphis, but you've made another questionable deal this off-season, too. Chandler Parsons did his best to lure DeAndre Jordan away from the Clippers and join the Mavericks last year, in an off-season saga that can best be described as "juvenile sitcom level." Jordan ultimately backed out of signing in Dallas, so Parsons was left playing with Dirk Nowitzki and a ragtag supporting cast last year.

He's a solid three-point shooter, and has demonstrated the ability to put the ball in the basket, but there are two main problems with Parsons: for one, he fancies himself as a bit of a point forward, playing on the wing defensively while serving as one of the team's main distributors. That'd be fine, except he's never averaged more than four assists in a season. His other big issue is the health of his right knee. He's only 27 years old and has already undergone two surgeries on it, including one that prematurely ended his season and kept him out of the playoffs. Guys tend to lose their explosiveness after multiple knee injuries, and it's quite possible Memphis just spent max money on a player who is only a shell of his former self.

In order to replace Parsons, the Mavericks signed a guy who has been similarly underwhelming during his professional career. Harrison Barnes was the No. 1 recruit coming out of high school back in 2010. He spent two seasons at the University of North Carolina, showing glimpses of what he could be, but never really reaching that top tier status. Four seasons in Golden State did nothing to change that one way or the other. It might be that Harrison Barnes is just a slightly above average player who doesn't turn the ball over, with a solid three-point shot and subpar defense.

That's not a bad guy to have on your team, but is he worth a max contract? Not at all. Barnes turned down a $64 million extension from the Warriors last off-season, and after a dreadful NBA Finals in which he shot 5-for-32 in the Warriors final three losses, it looked like he had squandered an opportunity to get a big payday. But fortunately for him, he became a free agent during a massive summer spending spree. Maybe he steps up with a bigger role in Dallas, or maybe this is yet another swing and a miss on a wingman for the Mavericks.

When he's played, Bradley Beal has been an integral part of the Washington Wizards back court, alongside John Wall. The problem, though, is that in all four seasons he's been in the league, Beal has had some kind of stress fracture in his leg. He also suffered a broken pelvis last season and missed nearly a third of the season. In four years, he's sat out 81 games, which is basically an entire season of missed action.

Beal vows he's been eating differently this off-season, and may change up his workout regimen to try and be more durable. He also has shown a tendency to take a lot of long 2-pointers over his career, which is statistically the worst shot in basketball. However, he reduced his amount of long 2s last year, and with new coach Scott Brooks coming in, Beal may play more to his strengths this upcoming season. It's a gamble for the Wizards, but if Beal stays healthy, we might be saying this is a steal in a couple of years. For now, though, it looks like an overpay. 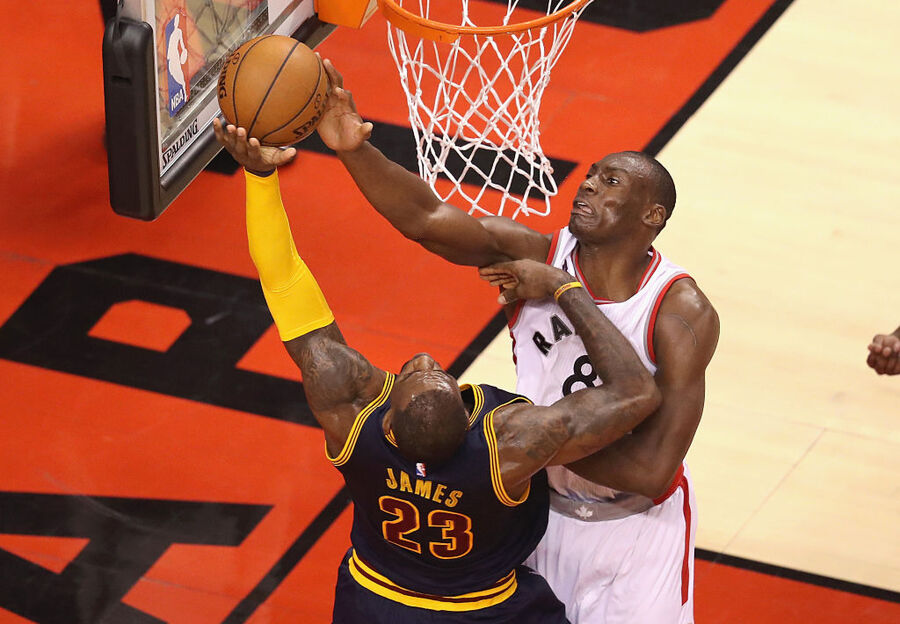 This is a prime example of a player riding a few good games all the way to the bank. Bismack Biyombo was a huge energy guy for the Toronto Raptors in the postseason, racking up eight games with at least 10 rebounds. His most memorable moments came in the Raptors' two victories against the Cleveland Cavaliers, when Biyombo exploded for 40 rebounds, seven blocks, and a whole lot of yelling into the air to pump up the crowd. His offensive game is still rudimentary, at best, but at 16 rebounds and four blocks per 100 possessions, Biyombo is a menace defensively, impacting games with his endless motor. The Raptors weren't going to be able to afford him, and let him walk to the Orlando Magic.

The biggest question here is what exactly are the Magic doing? They signed Biyombo to a deal less than two weeks after making a trade the night of the NBA Draft to acquire Serge Ibaka from Oklahoma City. Ibaka essentially does the same thing as Biyombo, except Ibaka is a better shooter. Orlando also has Nikola Vucevic at the center/power forward spot, and Aaron Gordon's natural position is also at the 4. Dewayne Dedmon also gets a bit of playing time, so that's another big man for Biyombo to compete with. All five of these guys do not stretch the floor very well. Ibaka shot the best from three-point range last year, knocking down just 32.6 percent of his attempts. In today's small ball league, having a logjam of big guys is not ideal. Biyombo may turn out to be a strong contributor for the Magic, but with such a small sample size of success and an already established frontcourt, this seems like a lot of money to pay.