The Five Most Overrated Free Agent Signings This NBA Offseason

The start of the NBA season is just around the corner. With all the excitement of MLB playoffs, the NFL regular season, and the Women's World Cup – highlighted by the U.S. Women's National Team securing another title – you may have missed some of the top moves in the NBA.

Don't worry, though. We're here to bring you up to speed. Some teams made moves that make total sense. They added players that will help them in their season goals, whether a key piece to a championship contender or a veteran presence on a rebuilding team.

Then there are some moves that really make you scratch your head. An underperforming player scores a big deal. A team throws money at someone that doesn't fit at all. These are the deals we're celebrating here – let's look at the five most overrated signings of the NBA offseason.

The Brooklyn Nets scored a massive haul this summer, grabbing Kevin Durant from the Golden State Warriors and signing Kyrie Irving in free agency. Though Durant may not return until the 2020-21 season, both moves should make the Nets contenders in the Eastern Conference for years to come. What's less certain is how DeAndre Jordan will fit into the mix.

The 31-year-old center is on the decline of his career. He's no longer the high-flying dunker from his Lob City days, despite averaging a double-double last season. He served as a mentor to younger players with the New York Knicks last year, but he still was regularly a starter. If the Nets ask him to come off the bench, something he hasn't done since 2011, will he be upset? Is $10 million a year worth it for a bench player that doesn't mesh with the current state of the league? Sure, Jordan was likely a package deal with bringing Irving and Durant onboard. But for what he'll probably be used as, it seems like the Nets overpaid for him.

The Hornets lost the best player they've ever had when Kemba Walker signed with the Boston Celtics this summer. To compensate, they inked Rozier to a deal worth nearly $20 million per year. In fact, the $58 million price tag over three years is the same amount the Hornets paid Walker over his eight years with the franchise.

This deal seems like a classic case of a team making a move simply for the sake of doing something. The team lost one point guard, so it looked to grab another one as a replacement. But paying so much for a player who shoots a paltry career 38 percent from the field and has been wildly inconsistent – aside from an impressive run during the 2018 playoffs – seems shortsighted. Then again, we're used to seeing these moves from the Hornets front office, so maybe it's not much of a surprise. 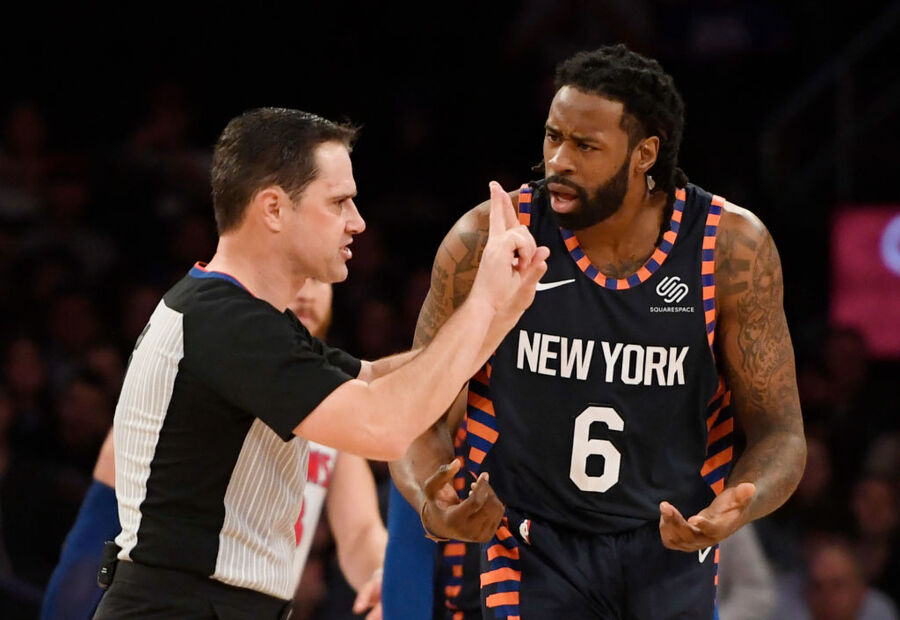 This one is tough because the Kings kind of needed to re-sign Barnes. He's a good locker room presence, and after trading for him midway through the season, it would be tough to lose him for nothing. The problem is that Barnes has never taken that leap from good to great.

Paying more than $21 million a year to a player who's never averaged more than 20 points per game doesn't look great. Barnes also will likely never make an All-Star team unless he takes a huge leap during his first full season in Sacramento. What's more likely to happen, though, is that Barnes continues to be a serviceable player, averaging 15 to 17 points and 5 or 6 rebounds a game for the foreseeable future. But hey, if the Kings can finally make it back to the playoffs, it'll be nice to have the presence of a former NBA champion in their midst.

Remember when Ricky Rubio was going to be the next great point guard in the NBA? Those days are gone, but the Suns are paying him like they're still hoping for a breakout. While he can still certainly make some amazing passes, his fit with Devin Booker doesn't inspire a lot of confidence. Ideally, the Suns would pair Booker with a point guard that can shoot to keep defenses honest and create space for their star. As a 39 percent shooter from the field (and about 32 percent from deep), Rubio is not that.

To be fair, the Suns are in the middle of a (perhaps eternal) rebuild. However, throwing $17 million annually at a player that doesn't excel at shooting is a questionable choice.

After half a decade of bouncing around the league, Al-Farouq Aminu carved out a nice little niche for himself in Portland. In four years with the Trail Blazers, he averaged about 9.5 points and 7 rebounds while knocking down about 35 percent of his three-point attempts. At 6'9″, he's a solid lanky defender who can guard either forward position and give an opponent trouble while doing so.

The problem is, Orlando already has several players that can do that. Nikola Vucevic, Aaron Gordon, and Jonathan Isaac all have a stronghold on the frontcourt, and it's hard to see where Aminu fits in. He likely wouldn't start over Evan Fournier or Terrence Ross, and by signing him, the Magic continue to neglect an area where they desperately need help: the guard spot. DJ Augustin and Michael Carter-Williams likely aren't long-term solutions. And the Magic are putting a lot of trust in former No. 1 pick Markelle Fultz, who, despite occasional flashes of brilliance, hasn't lived up to the hype.