The Five Current Worst Contracts In The NBA

The NBA is full of players making huge money. The average salary for the 2018-19 season is about $6.4 million. But some players are making significantly more than that. For plenty of teams, these contracts have worked out just fine. A guy like, say, Steph Curry is an instrumental part of the Warriors success.

For some other teams, though? Not so good. Whether injuries, poor on-court performance, or a combination of factors, these five players have some truly terrible contracts.

These amounts include the money owed for this season through the rest of the contract. They also include any player options, which are noted in each entry.

Has any team fallen off a cliff more than the Washington Wizards? They were a game away from the Eastern Conference Finals two years ago and pushed the No. 1 seed Raptors to six games last year. This season? They looked completely disengaged and hearing grumblings from the locker room was a common occurrence.

And this year, the Wizards didn't even have their star player available for most of the season. Wall has been a solid player throughout his career – 19 points and 9 assists per game is nothing to sneeze at. But this contract is particularly troublesome because Wall will miss at least one and a half seasons, and maybe even more. He suffered a heel injury at the end of 2018 which subsequently got infected. Wall then ruptured his Achilles tendon in a fall at his home. For a player that relies heavily on his speed, will Wall ever be able to return to what he was before the injury? If he doesn't, the Wizards are in a financial mess. They'll be unlikely to move Wall to another team and will be stuck with a player who's just a shell of his former self. Wall also has a player option in 2022-23. If his injury continues to nag him, he's got more than $46 million that he can opt into. 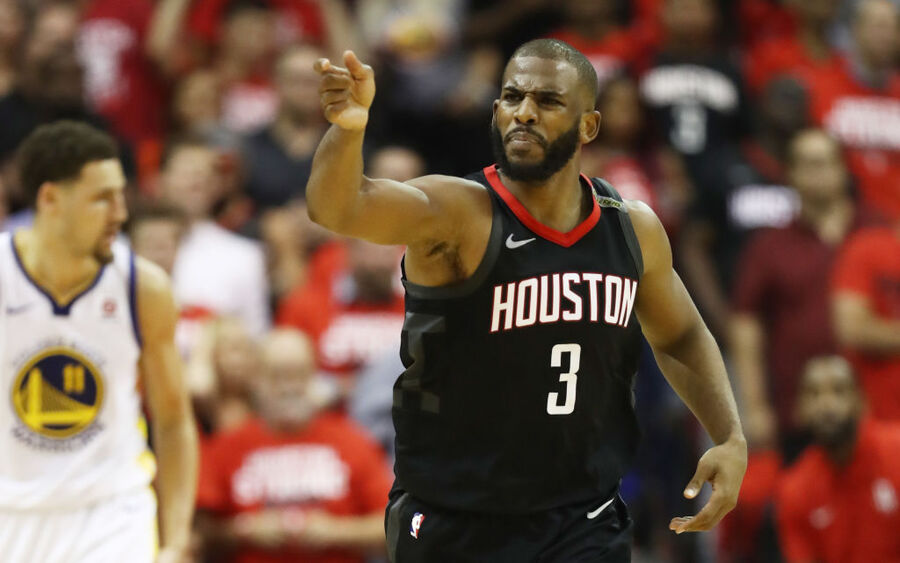 Chris Paul might be the best point guard of the 2000s. Unfortunately, it's now ten years later and the Rockets are still paying him like one of the best. CP3 managed to make it through this year's playoffs intact – his injury may have cost the Rockets a shot at the NBA Finals last year – but put up pedestrian (for him) numbers, including a paltry 27 percent from three and 3.4 turnovers per game.

Paul was supposed to be a key piece to the Rockets finally dismantling the Golden State Warriors and winning a title. It hasn't worked out that way, and the Rockets still owe him about $123 million over the next three seasons, including a player option in 2021-22. Considering that option is worth $44 million and Paul will be 36 by then, he's almost certainly going to collect that money.

When Batum signed a five-year, $120 million contract during the wild summer of 2016, it barely registered as anything noteworthy. Thanks to the ballooning salary cap, deals like this were the norm. Guys such as Timofey Mozgov were signing four-year $64 million deals, and solid role players like Chandler Parsons (more on him in a bit) inked four-year contracts worth $94 million. Batum had been playing better than Mozgov and Parsons, and the Hornets wanted to keep his services, so a five-year, $120 million deal didn't seem outrageous.

Fast forward a few years, though, and Batum hasn't lived up to his contract. This past season, his usage rate was the second-lowest on the team. He often looked passive, rarely driving to the hoop, and routinely quickly passed the ball to a teammate rather than looking to score. Batum's contract includes a $27 million player option in 2021. By then, he'll be entering his age-33 season and it's unlikely he'd find a better deal on the open market. The Hornets need him to return to the solid player he was before signing the extension – or else their hands are tied.

Parsons is fairly low on this list, though he's certainly done quite a bit of damage already. After a handful of fairly productive seasons for the Houston Rockets and Dallas Mavericks, Parsons inked a four-year $94 million deal with the Memphis Grizzlies. It seemed to make sense at the time; Parsons looked primed to break out and the Grizzlies needed a reliable third option to pair with Mike Conley and Marc Gasol.

The only problem? Parsons couldn't keep himself on the floor. He was coming off knee surgery during his first year in Memphis, missing almost two-thirds of the season. Through three seasons, he's only played in 95 games, starting 45 of them. Certainly not the high impact the Grizzlies were expecting when they signed Parsons. If there's any consolation here, it's that Parsons returned to the court at the end of last season and appears to be healthy for the first time in years. Unfortunately, Conley is on the downswing of his career and the Grizzlies traded Gasol away to the Toronto Raptors.

Of course, we have to put Joakim Noah on here, because anytime you're paying a player nearly $40 million and he's not even on your team…well, that's a bad contract. Noah was another result of the infamous summer of 2016, signing a four-year $72 million deal with the Knicks. Even at the time, it was a questionable deal. Noah had been ravaged by injuries in Chicago and didn't appear to be the same player he was when he made back-to-back All-Star appearances.

Things didn't get better once Noah got to New York. He played in just 53 games over two seasons for the Knicks, averaging 4.6 points, 7.9 rebounds, 2 assists, and clashing with coaches and management. As a result, the Knicks bought out the remainder of his contract, using the stretch provision to ease the burden on their salary cap. To add insult to injury, the Grizzlies signed Noah this year for $1.7 million. They paid about $17 million less than the Knicks did, and he actually played for the Grizzlies.