Just over a month away from the NBA Finals, this off-season has already proven to be crazy, with players changing teams and shifting the landscape of the entire league.

People are getting paid, too. The salary cap increased by more than 34 percent, from $70 million to $94.1 million in just one year. And teams have to use at least 90 percent of the cap, or about $85 million. As a result, some players are getting a lot more money than they're probably worth.

Of course, not every team is on the "let's throw a bunch of money at people" bandwagon, and have been a bit more strategic in their off-season moves. Here's a look at the best free agent signings from the summer of 2016. Keep in mind, these are only players who have switched teams, not players signing new contracts with their current team. 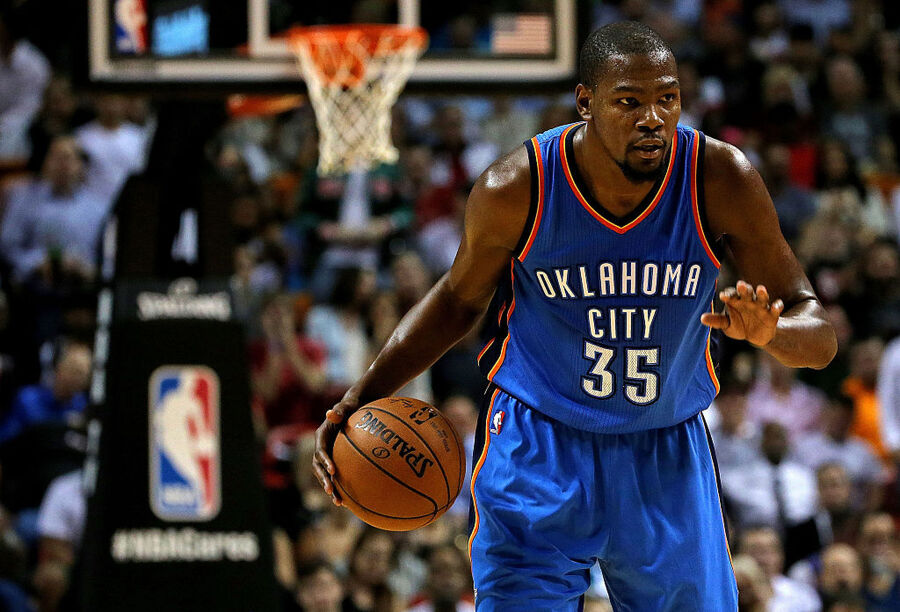 Say what you will about Kevin Durant's decision to move from the Oklahoma City Thunder, a franchise he had spent nine years with, getting oh so close to a championship on a number of occasions, to the Golden State Warriors, the team that just completed the best regular season in NBA history and eliminated Durant's Thunder from the playoffs, coming back from a 3-1 deficit to do so. Some folks called it cowardly, others argued Durant deserved an opportunity to do what was best for him. After all, have you ever intentionally made your job more difficult when you have an alternative that might be easier?

While the move itself is polarizing, there's no doubt it makes the Warriors even better. Getting one of the top five players in the NBA tends to do that. Durant joins an already loaded team, with Steph Curry and Klay Thompson serving as scorers, and Draymond Green and Andre Iguodala capable facilitators and defenders. Even the depth the Warriors had to give up to sign Durant–letting Andrew Bogut and Harrison Barnes move on–mostly made its way back in the form of Zaza Pachulia and David West, who both agreed to bargain deals to try and win a championship.

The most interesting thing to look for this upcoming season is how Durant will mesh with the Warriors. Of all the talk about Durant pairing with the reigning league MVP, the dynamic with Green will be the most tenuous. In previous years, Green would get the rebound and could push the fastbreak. Now, Durant will be getting some of those boards, and as a solid ball handler himself, could also lead the charge. Will Green accept a lesser role, or will there be tension among the roster? It's going to be fascinating to watch.

The Celtics tried frantically to trade their No. 3 overall pick in June's NBA Draft, but the fish weren't biting. They selected Cal's Jaylen Brown, a move that surprised a lot of experts. We'll have to wait and see on Brown's NBA career, but the Celtics plucked a very solid player away from the team that beat them last postseason. Al Horford left the only franchise he's ever known, the Atlanta Hawks, to join a Celtics team that vastly overachieved en route to a 48-34 record last season. With a sturdy backcourt of Isaiah Thomas and Avery Bradley, the Hawks added another strong piece to their team.

This signing doesn't come without some risk, though. Horford turned 30 this offseason, which is typically an age when big men start to decline. Horford does have the benefit of only nine NBA seasons under his belt, though, and he missed two of those with fluke injuries. Boston is hoping his relative lack of mileage will allow him to continue his smooth per 36 minute production of more than 15 points and nearly 10 rebounds per game. You know Danny Ainge isn't done trying to make moves, either. If the team can somehow pull off a deal for Russell Westbrook or Blake Griffin, Horford will be an even better complementary piece. 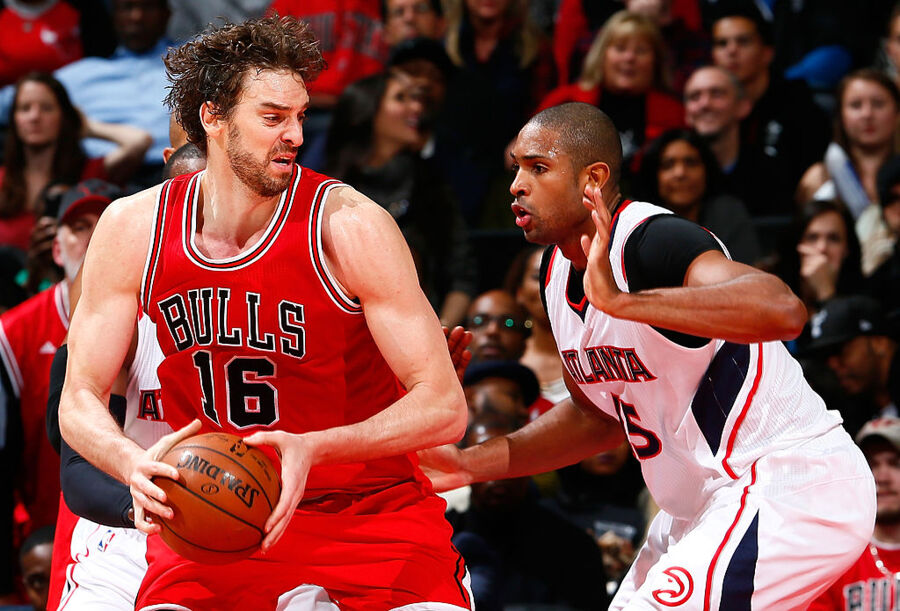 It seems like the San Antonio Spurs are incapable of things going wrong. Back in the late 90s, they had one poor season after David Robinson and a handful of other teammates went down with injuries, and they get rewarded with the first overall pick in the 1997 draft, which brings them Tim Duncan. They routinely find steals in the late first round and second round of drafts, with guys like Tony Parker and Manu Ginobili being overlooked by other franchises, but turning into potential Hall of Famers in San Antonio. Even role players, like Danny Green and Patty Mills, probably would not have lucrative careers if they ended up elsewhere.

It's no surprise, then, that after Duncan announced his retirement, the Spurs went right to work. They missed out on Kevin Durant, but scoring Pau Gasol isn't a horrible consolation prize. As part of a Bulls team who was an absolute mess last year, Gasol still put up a double double, averaging 16.5 points and 11 rebounds, while also displaying some nice passing abilities, dishing out more than 4 assists per game. He's also shown an ability to step back and hit a three-pointer, shooting 36 for 95 over the past two seasons, good for 38 percent. That's not a huge sample size, but as Gasol turned 36 this offseason, it wouldn't be surprising to see him launch a few more from outside in a San Antonio uniform. Gasol reached 10,000 points and 10,000 rebounds last year–just the 36th player in NBA history to do so–and it looks like he still has quite a bit left in the tank. If all works out, the Spurs can take advantage of a championship window that isn't quite closed yet, despite Duncan's departure.

Sure, Jefferson is coming off one of his worst seasons since he was a teenager in Boston, but the Pacers snagged him for a very modest price. It's a low-risk, high-reward move. The Bobcats/Hornets franchise made the playoffs two out of the three seasons Jefferson was in town, after only reaching the postseason once in their first nine years, so he brings a sense of confidence to the Pacers.

More importantly, while Jefferson's inside game tends to shy away from the direction the league is headed, it pairs perfectly with the Pacers roster. Paul George and newcomer Jeff Teague will welcome a presence that draws attention in the post, allowing them to knock down a jumper or use their good slashing abilities to either drive and dish or get an easy layup. During his career, Jefferson has averaged nearly 17 points and 9 boards a game, and he's become a better defender over the past few years. Indiana is hoping last season was an offensive aberration, and Jefferson can get back to the productive low-post player he's been for most of his career. 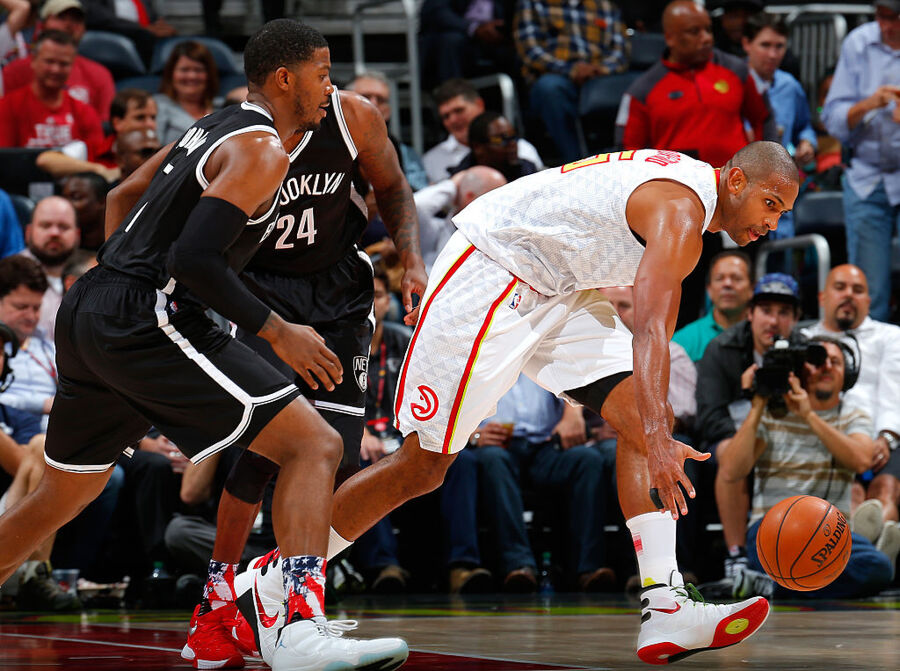 There was a time when Joe Johnson had arguably the worst contract in the league. His six-year, $120 million deal with the Hawks proved to be extremely cumbersome when he was dealt to the Brooklyn Nets. Brooklyn, who thought they had scored a coup with Deron Williams, Paul Pierce, Kevin Garnett and Johnson, only won one playoff series over the years Johnson was with the team. They eventually bought out the rest of his contract and Miami scooped him up for dirt cheap. It turned out to be a good move, as Johnson showed he can still play, even at age 35, and was an integral part of the Heat's postseason run, which took Miami to a Game 7 against the Toronto Raptors in the Eastern Conference Semis.

More than anything, though, this is a signing to get some veteran leadership on the squad. Usually these are more ceremonial signings; a team brings in a guy who's maybe going to play five or ten minutes a night and hopes he can offer some sage advice to the youngsters. In Johnson's case, he still totaled more than 33 minutes a game last season. That number will be dialed back a bit, but he'll still contribute on the court. Partnered with the young core of Gordon Hayward, Rudy Gobert, Trey Lyles and Dante Exum, the Jazz should finally be able to get back into the playoffs for the first time since the lockout-shortened 2011-12 season.