This year in Rio, Usain Bolt has reached legendary status with his third consecutive gold medal in the men's 100m sprint. He's attempting to do the same in the 200m, and, barring an anomaly in the semifinal heat, he'll be attempting the feat on Thursday night.

When Bolt is on the track, everyone else just looks slow. He simply leaves everyone in the dust. And when you look at how much the guy makes every year, you get the exact same feeling.

In 2015 alone, he made about $32.5 million in prizes and endorsements. This salary was enough to make him the 30th highest-paid athlete in the world last year – a list packed with NFL, NBA, MLB, Tennis, and European Soccer stars. He's the only track and field athlete on the list.

So how does he make so much more than everyone else? Here's the simple answer: he defeats everyone in every aspect of the game. 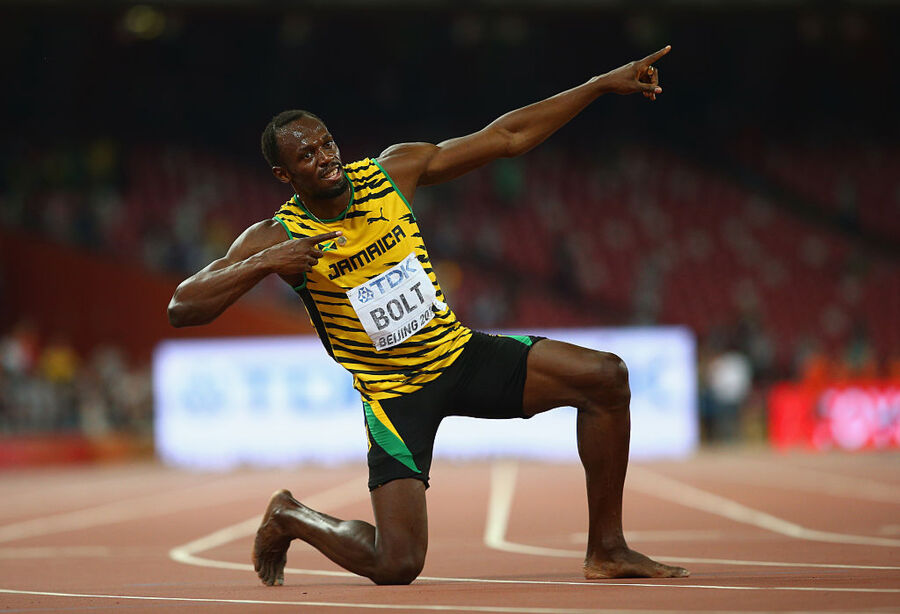 First, he's one of the best athletes the world has ever seen, and he's spent a long time at the top. This gives him incredible entertainment value, and when combined with his flamboyant nature, good looks, and incredible sportsmanship, there's really no competition. In short, he puts on a show and stays classy while doing it.

It's this kind of show that makes him incredibly valuable to meet organizers, encouraging them to pay him large sums just to appear at a meet. He typically earns well over $100k for a race, sometimes reaching $400k just to show up. For example, the meet director of the Diamond Series event at the Stade de France in 2013 said that with Bolt coming, they would "easily fill" the stadium. In a stadium that seats over 80,000 spectators, it's easy to justify the $300,000 fee they paid Bolt to make an appearance.

Beyond his obvious athletic prowess and his entertaining demeanor, Bolt is appealing to sponsors because he has so far avoided off the field scandals that can weigh a lot of athletes down. Not only has he remained on top for a decade, but he's done so fair-and-square. This has led to enormous sponsorship deals. We should also give a shout out to his agent, Ricky Simms, who orchestrates all of this behind the scenes. But C'mon, a guy like this must be about as easy to represent as they come, right?

In 2015, about $30 million of Bolt's $32.5 million total came from corporate sponsorships. He represents about ten different organizations, including Visa, Gatorade, and Puma. The Puma deal, easily his most lucrative assignment, nets him over $10 million each year, with all of the others making anywhere from $1-4 million.

Bolt plans to leave the sport while on top, hoping to retire at age 30, after the 2017 Track and Field World Championships. But, knowing this guy, he's simply finishing up the first leg of this race, and he's got a lot left to accomplish before the finish line.