The Eagles Are Letting Nick Foles Enter Free Agency – How Much Money Can He Make?

Over the past two seasons, the Philadelphia Eagles had a situation plenty of NFL teams would love to have. They had two starting caliber quarterbacks on their team. When Carson Wentz got hurt in 2017, Nick Foles helped lead the Eagles to a championship. Similarly, when Wentz again went down in 2018, Foles worked some more magic, helping the team make the postseason and reach the divisional round.

However, we won't see the third act of Foles next season – at least not on the Eagles.

The team won't place the franchise tag on Foles, which would have paid him about $25 million next season. Instead, they'll let him enter free agency.

After Philadelphia's divisional series loss to the New Orleans Saints, Foles told ESPN's Tim McManus that he wanted to lead a team. 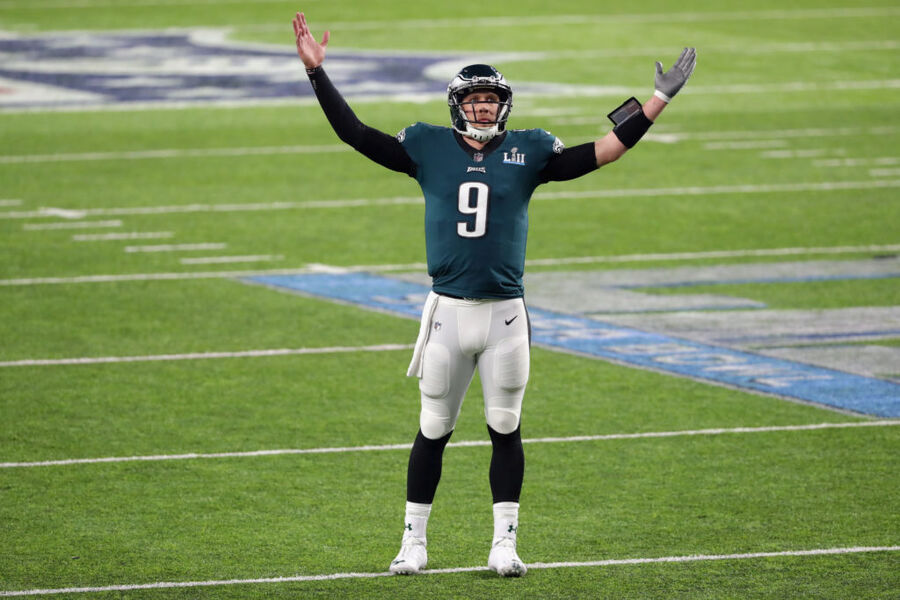 "The starter thing, leading a team, impacting a locker room…that's why we play the game," Foles said. "To impact people, to create an atmosphere."

The Eagles had considered putting the franchise tag on Foles, then looking to trade him. But a trade never materialized, and the Eagles wanted to give a proper send-off to the quarterback. Now, he can choose whichever team he wants – and there is no shortage of options.

The Jacksonville Jaguars, Miami Dolphins, Washington Redskins, New York Giants, Denver Broncos, and Tampa Bay Buccaneers are all teams in need of consistent quarterback play. While some of those teams will likely address the quarterback position via next month's draft, it's quite likely one will take a chance on Foles.

So, how much can the 30-year-old expect to make?

The best comparison might be Kirk Cousins, who's about five months older than Foles. Like Foles, Cousins became the starter after an injury to his teammate. And like Foles, Cousins's team placed the franchise tag on him. Last season, Cousins signed a fully guaranteed three-year, $84 million deal with the Minnesota Vikings.

Foles can command a similar salary, though it may not be fully guaranteed. The NFL is still dominated by teams with strong quarterback play, and Foles would be an upgrade for many teams. Now that he's no longer tied to the Eagles, he'll get to pick the spot he feels his best for him.