When the NFL season kicks off next week, Atlanta Falcons guard Ben Garland will be hard at work protecting quarterback Matt Ryan. But for much of the summer, he's been doing a different kind of job: serving his country.

In addition to football, Garland is a captain with the Air National Guard 140th Security Forces Squadron based at Buckley Air Force Base in Aurora, Colorado.

Garland, who attended Air Force Academy, became a second lieutenant after he graduated. He served two years on active duty and was even deployed to Jordan for a short time. 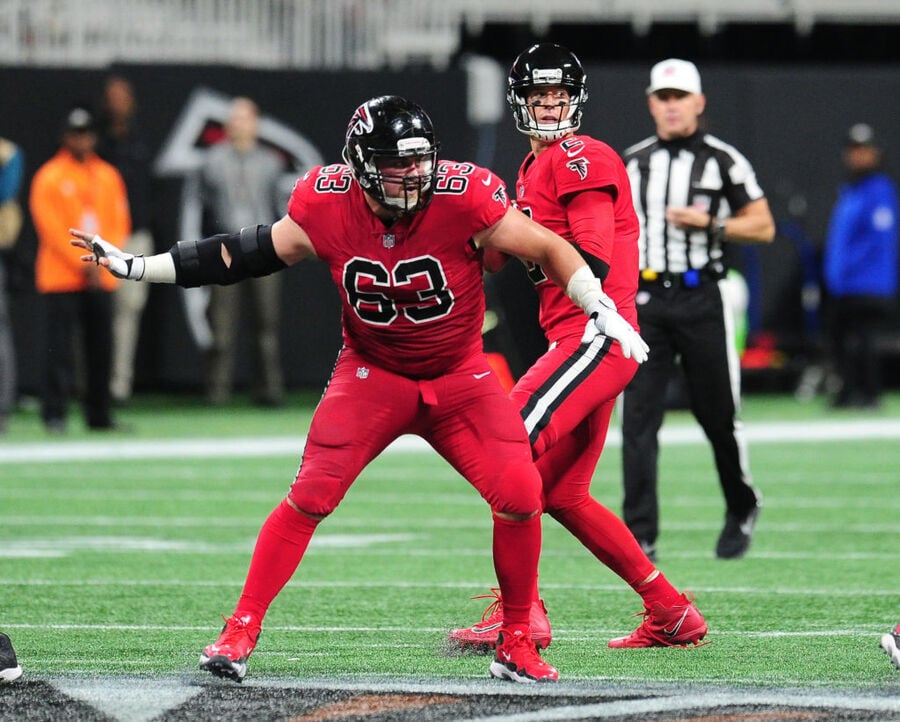 Now, his duties primarily focus on public affairs, though Garland says he serves wherever he's needed. He does about 48 days, which is the equivalent to the service time he misses during the regular season.

Standing at 6'5″, 308 pounds, the 29-year-old Garland says he'd love to return to active duty after his career ends, presuming his body holds up.

The passion is certainly there – Garland's service commitment actually ended a few years ago. But he continues to serve because it means a lot to him and he loves doing it.

For now, Garland will continue balancing two jobs. And he's got the respect of his colleagues from both careers.