The NCAA has faced constant criticism about paying its players. Since the athletes, particularly for major sports like football and basketball, bring in millions of dollars of revenue, there's plenty of support for providing a cut to those players. But the NCAA has cited challenges in actually enacting these changes, so there have been no financial rewards for players to reap.

One company is seeking to change that — and it's setting its sights on even younger players.

Players in Overtime Elite would forego their collegiate athletic eligibility but would earn at least $100,000 per year. Should they choose not to play professionally, the league will offer another $100,000 in college tuition. 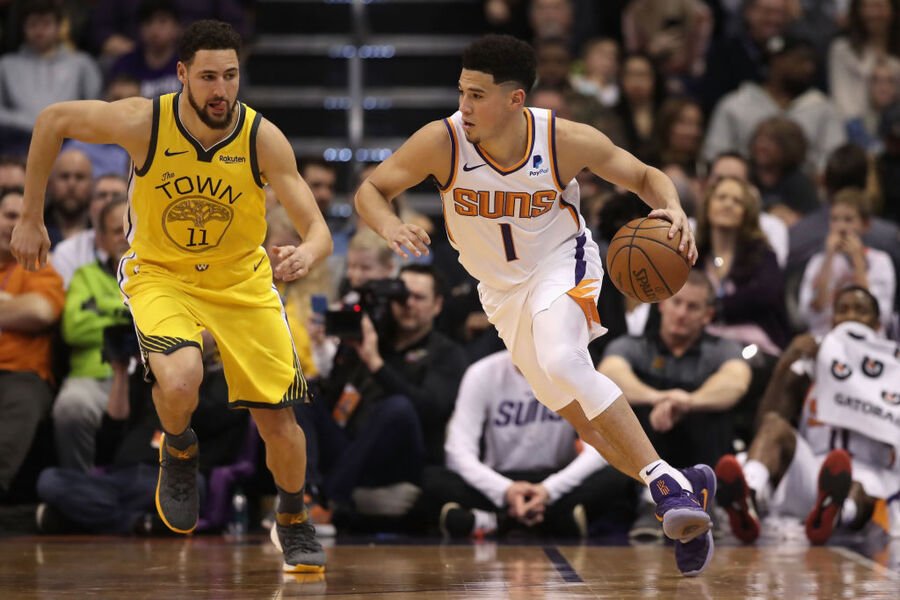 Klay Thompson and Devin Booker have both invested in Overtime. (Christian Petersen/Getty Images)

Overtime claims it's raised more than $140 million total. Other NBA players have invested in Overtime Elite, including Kevin Durant and Carmelo Anthony.

The Overtime Elite league is a major point of intrigue for investors, but there's value on the media side of things, too. Overtime, which has nearly 50 million social media followers, averages more than 1.7 billion streams per month with its content. The company also sells branded apparel.

Details on the new league are minimal, but part of this investment will go toward league startup costs, including paying for player and staff salaries. Overtime will use some funds to invest in non-fungible tokens (NFT) and improve the user experience on its app.

We don't know how many players will join the new league or how long the season will run. Still, it's exciting to see an investment in young talent, and it could pay major dividends for players that the NCAA might not.