The Cleveland Browns have been searching for a franchise quarterback for what seems like an eternity. They've had a rotating cast of signal-callers but none of them have stuck around. Four years ago, it appeared former No. 1 pick Baker Mayfield might be the answer — he even led the Browns to their first playoff win since 1994. But after some injuries and struggles, the relationship soured, and the Browns were ready to once again head in a new direction.

In March, the team made a massive deal with the Houston Texans, sending six draft picks — including three first-round selections — in return for Deshaun Watson and a 2024 sixth-round draft pick. The Browns then immediately turned around and handed Watson a five-year, $230 million deal that's fully guaranteed.

When the Browns made the deal, a Texas grand jury had recently decided not to indict Watson of sexual misconduct and other inappropriate behavior while receiving massage therapy. A second grand jury also declined to indict the quarterback, but he still had 24 civil lawsuits filed against him. Watson, who continues to deny any wrongdoing, settled 20 of those 24 lawsuits in June. The NFL is also reportedly planning to suspend Watson for perhaps as long as a full season. 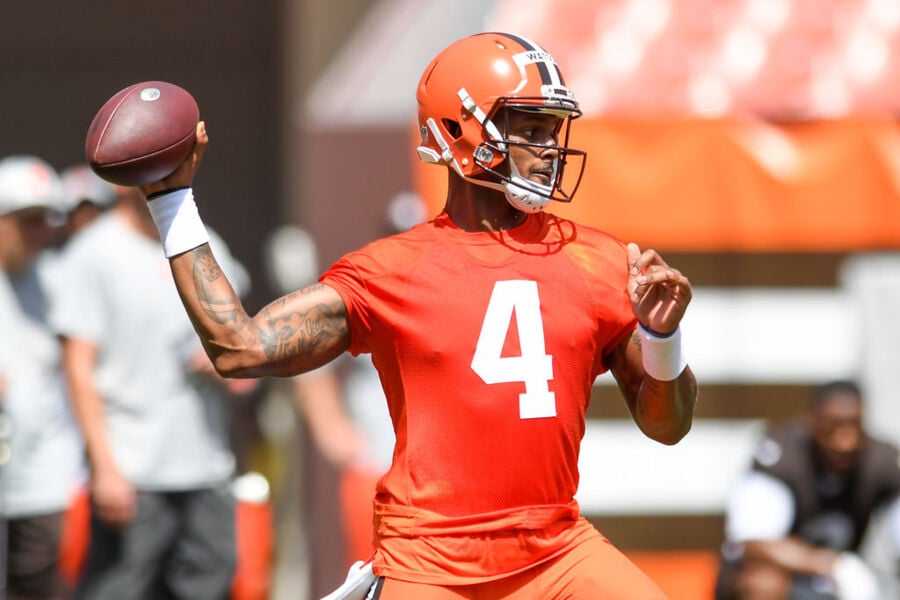 The Browns tried to plan ahead for a potential suspension by offering Watson a smaller first-year salary. He has an $8.9 million signing bonus but a base salary of $1,035,000 — a modest amount compared to the rest of the deal. Watson would miss out on $57,500 per game he misses.

The situation is a mess for the Browns. They're certainly not the first team in sports to look the other way at disturbing behavior in an attempt to improve their roster. And Watson likely would be an improvement over anything the team has had in the past several decades. But at some point the team has to ask if it's worth the costs.

Watson has had 24 women file lawsuits against him, and there could be more on the way — or women who don't want to go through the ordeal of a lawsuit but have still experienced something traumatic. Though Watson has proclaimed his innocence, that's a staggering number of accusations, and as multiple accusers have spoken out, the public outrage seems more ongoing than in typical cases of a player getting into hot water off the field.

It's very possible the 26-year-old returns to play quarterback and delivers a Super Bowl trophy to Cleveland. But with the way Watson's alleged actions have lingered in the media, we could also see a harsher punishment come down. The Browns have committed an awful lot to a very uncertain future.