Thanks to the heroics of LeBron James, Kyrie Irving, and the rest of the Cavaliers, Cleveland finally ended its 52-year, professional sports championship drought. The Cavs had already made history by being the first team to win a Finals series when down 3-1, and now they're making history again, by selling more merchandise, post-championship, than any other team ever has.

Fanatics, the country's largest online retailer of sports merchandise, also runs the NBA Store in Manhattan and the official league website. They report that Cleveland fans bought twice as much merchandise in the 24 hours following the final game as Warriors fans did when Golden State won the title last year.

On top of that, in the two days following the Cavs' championship, fans bought more gear than Warriors fans did for an entire week when the team won in 2015. 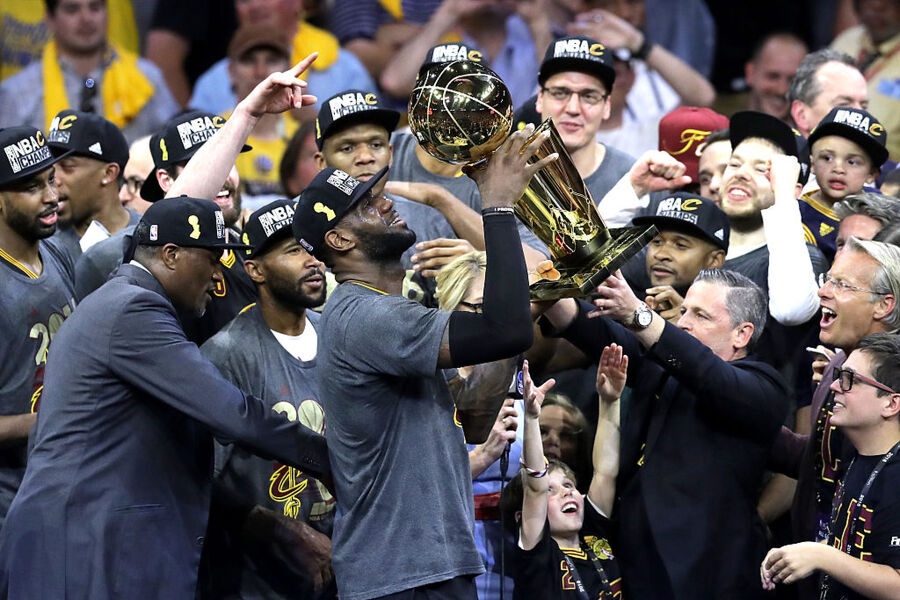 Local stores are booming, too. Cleveland-based T-shirt company, Fresh Brewed Tees, set a record for all-time sales at Cleveland Hopkins Airport, collecting more money than any other vendor at the airport ever has. Company owner Tony Madalone estimates they've sold six figures in sales in less than 48 hours after Game 7 ended. He compared it to when LeBron returned to Cleveland, but believes this period of frenzied buying will last for much longer.

Dick's Sporting Goods has also reported thriving sales, with a company spokesman saying this is trending towards the largest NBA championship event in company history.

It makes sense: Cleveland fans have been waiting for a championship for more than half a century. When you couple that with the circumstances of their victory – battling back from down 3-1, LeBron returning to deliver a championship to his hometown, and a close, thrilling finish on a nationally televised game on Father's Day – it's not surprising that a lot of fans are shelling out money to be a part of the celebration.

Even if sales taper off a bit during the week, one thing's for sure: Cleveland fans are going to be enjoying this title for a long time to come.